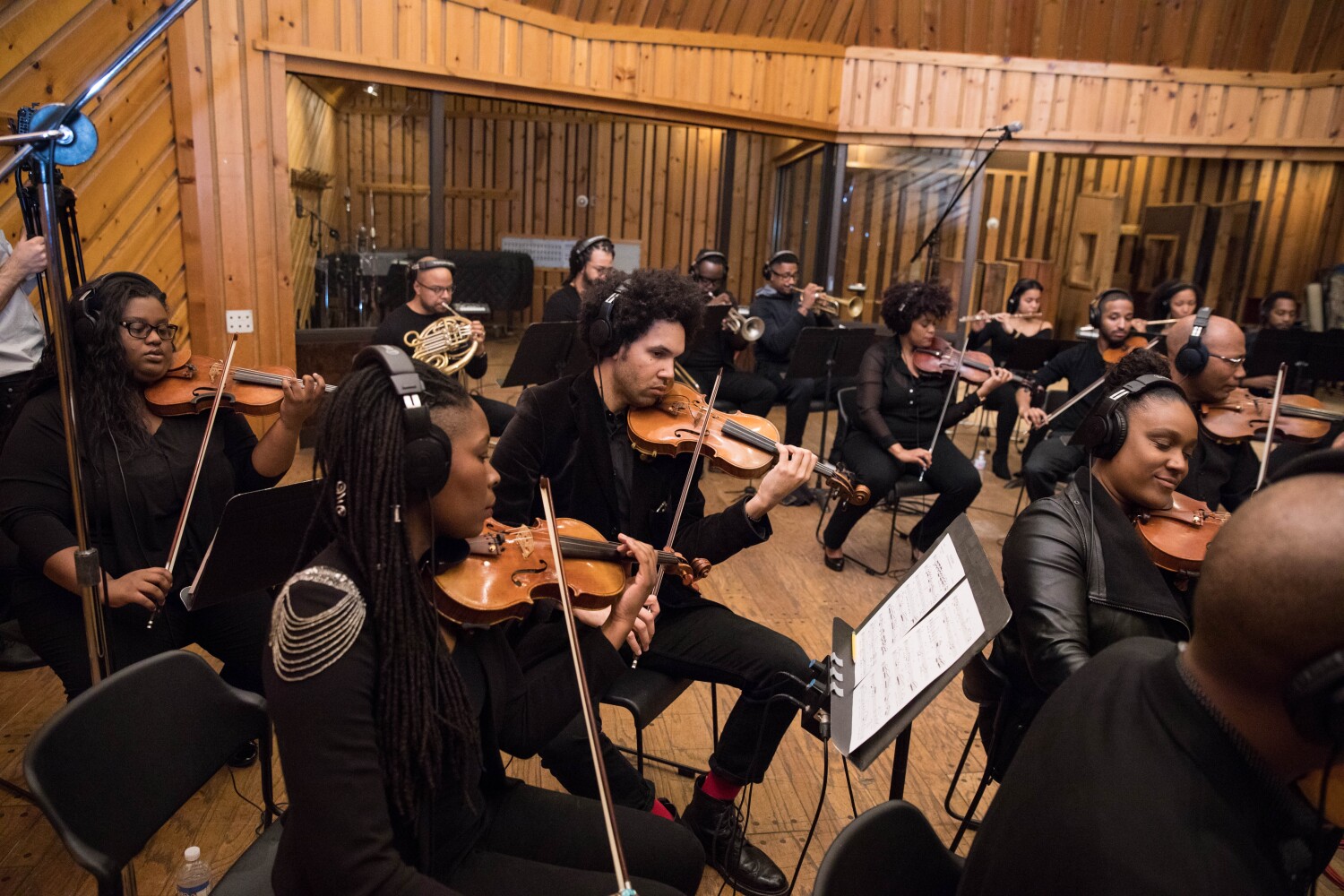 A few years ago, musician Ric’key Pageot was driving down Highland Avenue late in the afternoon when the Hollywood Bowl marquee caught his eye. The blocky black letters advertised a performance of William Grant Still’s Afro-American Symphony. In 1936, Still made history as the first black composer to conduct a major American orchestra, the Los Angeles Philharmonic, and perform his own music at the Hollywood Bowl.

Pageot, an accomplished pianist, keyboardist and accordionist who has toured with the likes of Diana Ross, Cher and Madonna, had never heard of Still – and was fascinated to hear his symphony. “When I got home I researched it,” he says, “and that was my first discovery of classical music written by a black composer.”

When Pageot researched Still’s work, he was impressed by his compositions; they were unlike anything he had ever heard in classical music. “The storytelling in the harmonies and the melodies is noticeably different. It’s definitely rooted in the blues and jazz while still remaining classic, but its harmonies and melodies are so rich that it’s just a different feeling that’s almost indescribable,” says Pageot. “You can hear the black story behind the music. You hear the African language in it and to have that performed by a traditional symphony orchestra is a juxtaposition that I was not used to before.”

After coming across Still’s work, Pageot continued digging. He learned about the lives and careers of black and multiracial composers, including Joseph Bologne, Chevalier de Saint-Georges and Florence Price, dating back to the 18th century. He realized that many of these musical luminaries had been lost to history, some intentionally. “People don’t know that Mozart and Beethoven had black contemporaries who were writing at the same time,” he says. “But all these works…sometimes they were destroyed, or they weren’t even published, or they were burned.”

This formative experience led Pageot to develop a documentary about the history of black and multiracial composers in classical music with his production partner Scott Power. The documentaries, with the working title Shades in Classical Music, are sold to production companies. “There are so many fascinating stories,” says Pageot. “It’s up to our generation to pass on the torch, lest the next generation be left out of an opportunity to learn about these composers.”

Pageot was working on another project this weekend that brings black artists into the music canon: On June 16, Pageot will join the Re-Collective Orchestra — conducted by Adam Blackstone and Questlove; Hollywood Bowl Conductor Thomas Wilkins; and bandleader Derrick Hodge with lots of hyphens leading a slew of special guests including multi-Grammy winning pianist and composer Robert Glasper, The Roots and Earth, Wind & Fire – for a celebration of black culture. The show, which will also include a performance of one of Still’s compositions and composer-violinist Jessie Montgomery’s “Starburst,” marks the first time in the venue’s 101-year history that an all-black symphony orchestra will perform at the Hollywood Bowl.

Founded in 2018 by composer Matt Jones and violinist Stephanie Matthews, the Re-Collective Orchestra aims to improve the musicality of black classical musicians and black composers. His first venture was a remake of “All the Stars,” the Oscar-nominated lead single from the “Black Panther” movie soundtrack, performed by Kendrick Lamar and SZA (who both co-wrote the track with Sounwave and Al Shux ).

Coincidentally, Glasper met and befriended actor Chadwick Boseman, who played the Marvel superhero in the film, five years ago at the Hollywood Bowl. Glasper says he’s particularly looking forward to playing his song “Black Superhero” – the lead single from his latest record, Black Radio III – during the June 16 performance. The performance will feature Killer Mike, BJ the Chicago Kid and other special guests. “[Boseman was] the only black superhero I really knew,” says Glasper. “Playing ‘Black Superhero’ at the Hollywood Bowl just means more.”

Since its inception, the Re-Collective Orchestra has also collaborated with artists such as John Legend, Adele and Hans Zimmer. Pageot performed with the orchestra at the Soraya in 2021 when they joined composer and drummer Stewart Copeland on stage to reinterpret the music of the police. Pageot was deeply affected by the event. “Whenever I’ve played with an orchestra, it’s always been an all-white orchestra,” he says. “But playing in an orchestra surrounded by people who look like me was a unique experience. … The level of musicianship, the camaraderie, the intimacy … it was all beautiful and I’m really looking forward to feeling that again on a stage this big …

“This is groundbreaking,” adds Glasper. “I feel like I’m a part of history now, and making this music and thinking about my ancestors and the blood and sweat and tears that they went through and that they are the shoulders that I rest on stand and the reason I am here means so much to me.”

With the June 16 celebrations looming on the horizon, Wilkins, who became the first black Conductor of the Hollywood Bowl in 2014, is excited to take the stage with the orchestra. He says talk about the event started last summer, but plans for the show really solidified once the Re-Collective Orchestra was on board. “I love that it shows that black people can play classical music and that this endeavor is a significant part, not just a part, of the history of this institution,” says Wilkins.

Wilkins emphasizes that while he recognizes the importance of his position, he sees himself as a conductor and not a Black conductor. “A lot of young African-American conductors say I’ve been a beacon for them to show that it’s possible, and I’m really happy about that,” says Wilkins. “When young kids who look like me see me on the podium, they realize that this is another opportunity for their lives.”

“16. June: A Global Celebration of Freedom”

Cocoon Is A New Game From Inside And Limbo Designer