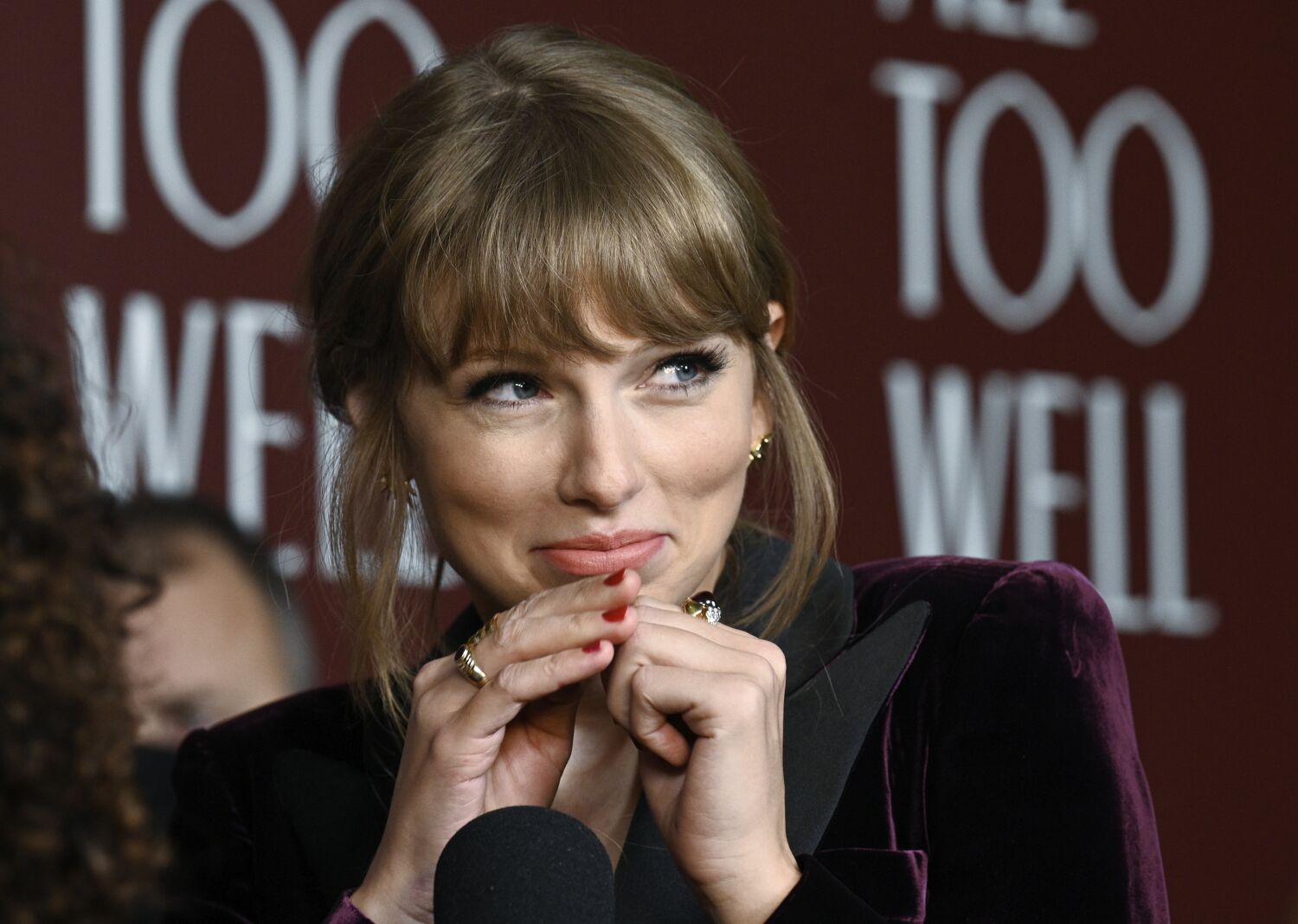 But the singer-songwriter-director could still win an Oscar in a different category next year.

The bad news is that “All Too Well: The Short Film,” Swift’s extended music video for her song “All Too Well (10 Minute Version) (Taylor’s Version)”, didn’t make it into the live-action short film. And that’s despite a high-profile Oscars campaign that included a screening and Swift’s performance at this year’s Toronto International Film Festival.

The good news is that Tay’s Where the Crawdads Sing soundtrack contribution, “Carolina,” is eligible as an original song.

Running for the original song versus Carolina are Time from Amsterdam, Nothing Is Lost (You Give Me Strength) from Avatar: The Way of Water, Lift Me Up from Black Panther: Wakanda Forever, This Is a Life from Everything Everywhere All at Once, Ciao Papa from Guillermo del Toros Pinocchio, Til You’re Home from A Man Called Otto, Naatu Naatu by RRR, My Mind & Me by Selena Gomez: My Mind & Me, Good Afternoon by Spirited, Applause by Tell It Like a Woman, Stand Up by Till ‘, ‘Hold My Hand’ from ‘Top Gun: Maverick’, ‘Dust & Ash’ from ‘The Voice of Dust and Ash’ and ‘New Body Rhumba’ from ‘White Noise’.

Should both “Carolina” and “My Mind & Me” be nominated for the original song, Swift would be up against her longtime industry bestie, Gomez, for the award. It would also be Swift’s first Oscar nomination.

Since All Too Well: The Short Film premiered in November 2021, the Swifties have been in contention for an Oscar nomination. Written and directed by the “Red” hitmaker herself, the dramatic music video stars 20-year-old Stranger Things’ Sadie Sink and 31-year-old Teen Wolf’s Dylan O’Brien as doomed lovers, based on a boy Swift and one of her ex-boyfriends (commonly believed to be actor Jake Gyllenhaal).

The visual accompanied the highly anticipated 10-minute version of “All Too Well,” which debuted on Swift’s re-recording of her fourth studio album, Red. Following its lively digital release, All Too Well: The Short Film caused even more chatter at TIFF.

“It really makes sense to present the short on 35mm because that’s how it was originally shot and we made this print specifically for TIFF,” Swift said at the festival in September.

“Whenever I wrote a song, I immediately thought, ‘How do I want to portray this on stage or in a music video?'” she added. “From a very early stage in my career, I wanted to establish each album as a kind of era in its own right.”

Though Swift has hit big at other awards shows — namely the Grammys — and contributed to several movie soundtracks over the years, Swift has yet to break through at the Academy Awards.

Could “Carolina” finally be her ticket to Oscar glory? Find out when the 2023 Oscar nominations will be announced on January 24th.

In the meantime, here’s a full breakdown of Wednesday’s shortlists.

https://www.latimes.com/entertainment-arts/movies/story/2022-12-22/oscars-shortlist-2023-all-too-well-taylor-swift All Too Well won’t win an Oscar. But Taylor Swift still could

Lady Gaga crashes through the surface at Chromatica concert

Nia Long’s Husband Allegedly Became ‘Obsessed’ w/ Married White Side Piece After She Broke It Off!!