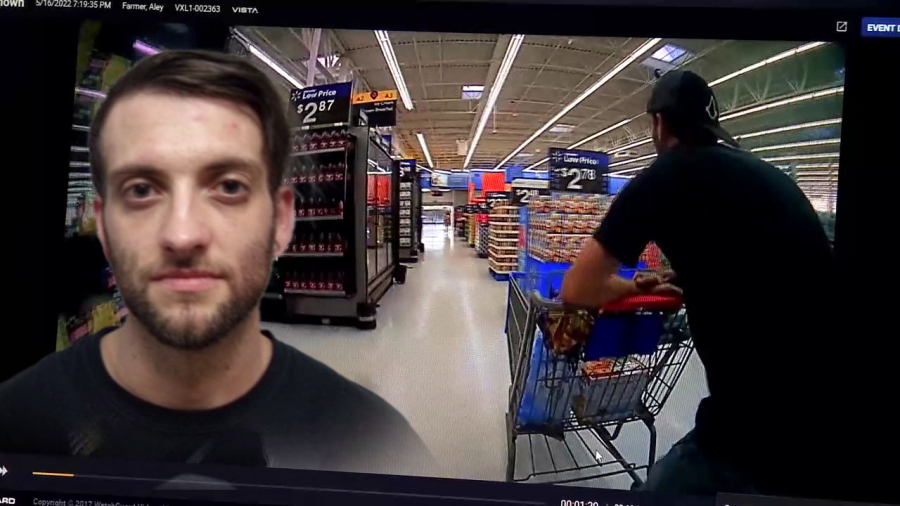 ASHLAND CITY, Tenn. (WKRN) – Ashland police have arrested a man they call a mass thief, who has now been banned from all Walmarts nationwide.

Eddie Campbell was charged with 22 counts of burglary, and Ashland police said all of his charges took place at the Ashland City Walmart during the three-month period of the crime, from February 11 to May 4. .

Eddie Campbell: “Not much.”

Cordan: “Did you do it right?”

Campbell was charged with 37 subpoenas, all misdemeanors. Fifteen is to drive on a revoked license. Twenty-two is for stealing.

According to the subpoena, Campbell stole items worth more than $1,100 on 22 counts.

Officer: “Walk up here and talk to me?”

Cordan: “Why a magic card?”

Cordan: “What are the magic cards?”

Cordan: “So you’re loving that.”

“I will tell you this. The city of Ashland is a small town, but don’t think you can go to a Walmart and steal and walk away,” said Police Officer Devin Mabry.

Before entering the Cheatham County Jail, Campbell signed a document prohibiting him from stepping foot in a Walmart again. If he is caught stealing from any Walmart, officials say he could be charged with felony theft.