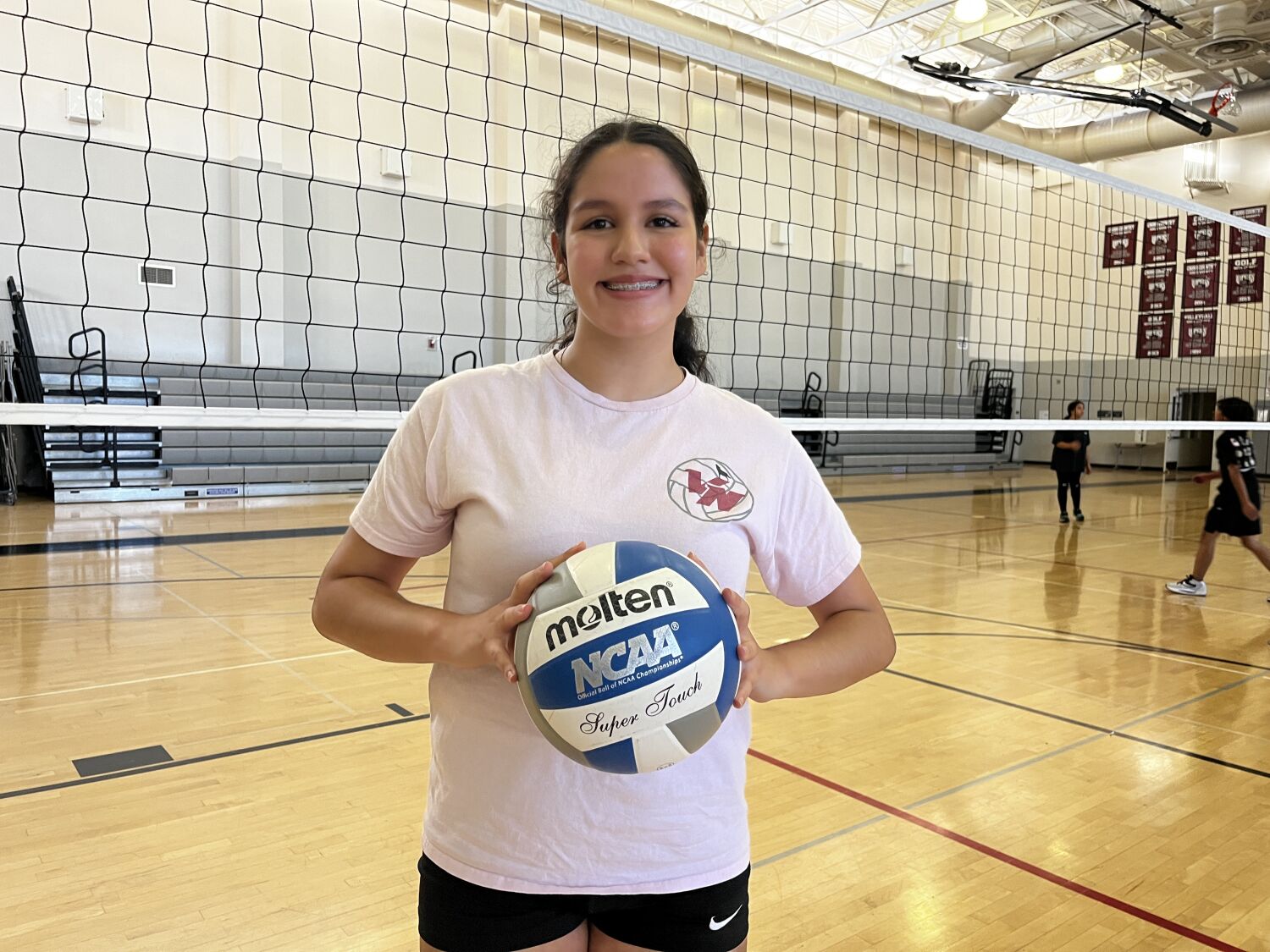 All of this was becoming too much for Alyssa Islas, weighed down by a responsibility no one else had to bear.

A bus ride home last autumn while nursing the wound of another loss saw the Van Nuys captain collapse. Her aunt, who was suffering from cervical cancer, died before her eyes. Schoolwork was overwhelming, her grades were collapsing, her Van Nuys team was winless and she couldn’t organize her teammates and it was all too much.

“I’m quitting,” Islas recalled telling the team. “I will not come back.”

Sure, it would have been loss enough if their starter left mid-season. But the weight of a program rested largely on the shoulders of the 16-year-old with braces. She was more than a player. More than a captain.

“It honestly killed her for a while,” said junior Adrienne Mita. “It was really tough for her.”

Two days after the start of the 2021 fall semester, her head coach resigned for personal reasons. mayhem ensued. Players were worried they would miss another season after COVID-19 wiped out the 2020 season.

Eventually, a substitute teacher, Randy Olea, stepped in out of necessity. One problem – he had no idea how to practice indoor volleyball.

So Islas, who was made captain before the riot, decided to help take the reins.

“I wanted the girls to know,” Islas said, “that there is someone who believes in them.”

She set up a group chat where she guided teammates on how to fill out their release papers. With her father, Gabe, a trainer at the Valley Academy of Arts and Sciences, she developed a list of exercises to perform in the exercises. She taught the team their rotations and helped coach JV games with a binder full of lineup sheets from the sidelines.

“I felt like I could just come to her with any problem and she found a solution,” Mita said. “Honestly, I didn’t even feel like we didn’t have a coach because Alyssa was there.”

But inside, Islas was drowning. In early August, her mother told the family that her aunt’s cancer was terminal and that she had only one month to live. The frustration at home spilled over into volleyball, where it was hard at times, Mita said, for the team to see her boyfriend in a position of authority. Islas often came home and told her father that she didn’t get any respect.

After her fourth loss in four games, Islas broke down in tears and told her teammates she was done. Everyone urged her to stay. They realized how much they needed her, Mita said.

“What always kept them from” retiring, said team manager and friend Nieco Erasmo, “was the future of the team.”

Islas’ aunt played volleyball when she was younger and was one of the reasons she stayed in the sport, Islas said. In her final month, she told her niece, “Don’t give up,” Islas recalled.

Two days after her aunt’s death on September 20, Islas was back at the practice.

There was no storybook ending. Players were still frustrated and drills were chaotic. But they stuck together, winning a handful of games after starting with nothing.

The weight was lifted that season when Van Nuys hired a new full-time coach. Finally the senior can breathe a sigh of relief. But her influence is still there; Islas still carries that portfolio, Erasmo said, and acts almost as an assistant coach.

On October 14, Van Nuys plays the Valley Academy of Arts and Sciences. It’s a battle of father against daughter – and coach against coach.

“He always says something when he’s training – ‘I’ll play chess while they play checkers,'” Islas said. “I think it will be the first time for both of us that we both play chess, not checkers.”

From the start of the season, Chatsworth Sierra Canyon coach Stefanie Wigfall had her eye on Palos Verdes.

“I have a feeling they’re going to be a big problem going forward,” Wigfall said.

They were a big problem for Redondo Union in a Bay League matchup Wednesday night, beating the fourth-seeded Los Angeles Times team in four sets. Coach Patrick Lynch said the momentum was carried over from a strong game against Mira Costa the previous week, taking the top-ranked Mustangs to five sets.

How the pandemic saved one of California's smallest public schools

Spain’s Alexia Putellas out of tournament after suffering torn ACL