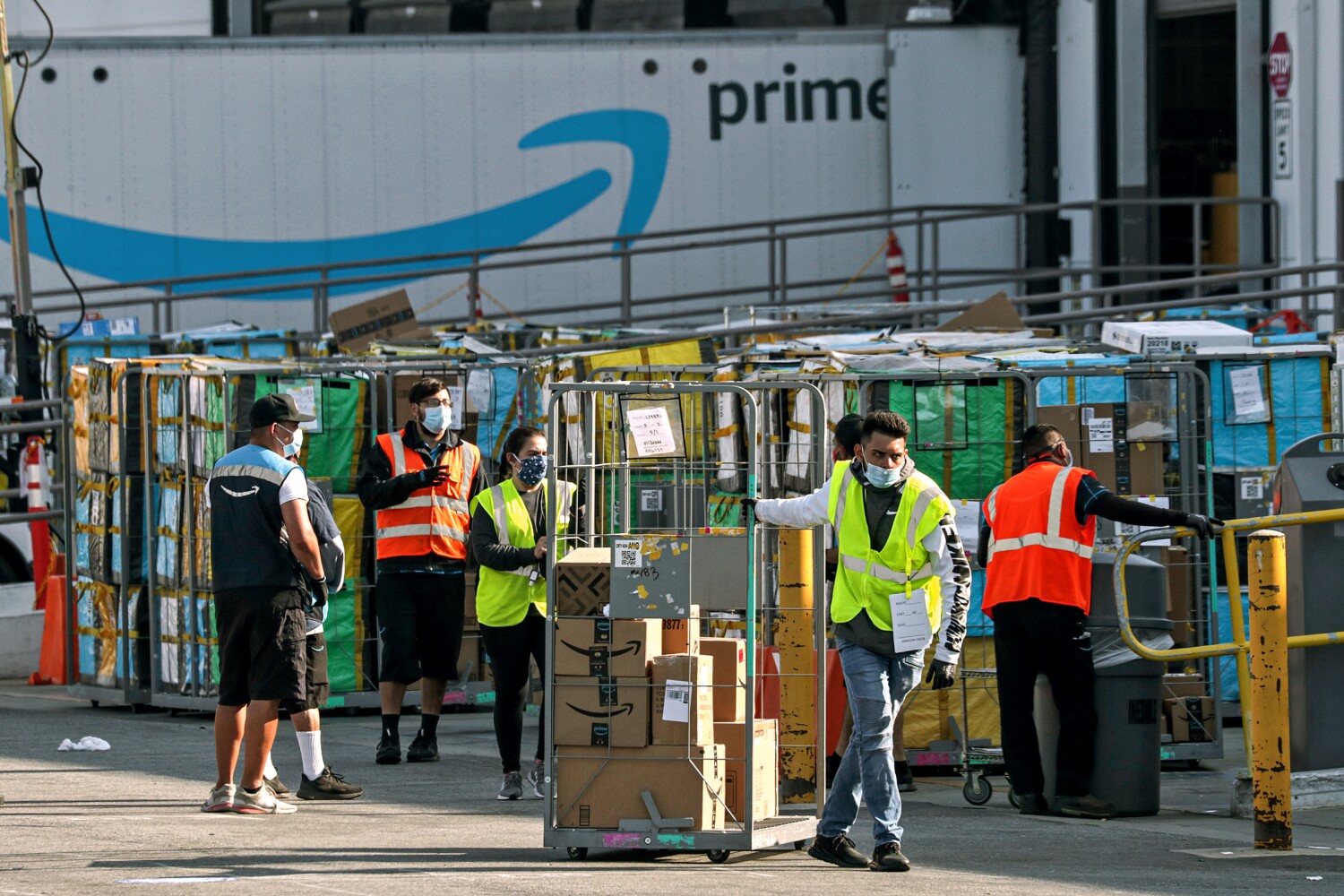 Amazon plans to start delivering some packages by drone to homes in some Northern California communities this year, the company announced Monday.

Residents in the San Joaquin County farming towns of Lockeford and Acampo and parts of Lodi can order “thousands of everyday items” online and expect a drone to drop them off in their backyards in less than an hour, said Av Zammit, an Amazon spokesman.

Amazon Prime Air’s drones can carry packages weighing 5 pounds or less — such as beauty and cosmetic items, office and tech supplies, batteries and household items — and are typically the size of a large shoebox, Zammit said.

The company is building a facility in Lockeford from which the drones will launch.

Although Amazon Prime Air received certification to fly commercial cargo in 2020, the company is still seeking approval from the Federal Aviation Administration and county officials for its plans in San Joaquin County.

Since Chief Executive Jeff Bezos appeared in a “60 Minutes” segment in 2013 to announce the e-commerce giant’s aspirations to deliver packages via airmail within four to five years, the company has been through various drone prototypes, each of which is… the public introduction failed.

With mega warehouses and their truck traffic adding to pollution in places like the Inland Empire, drone deliveries have been mentioned as a way to reduce carbon emissions.

Last year, Business Insider reported that at least eight Amazon drones crashed during testing; Last summer in Oregon, a drone fell from 160 feet and crashed, starting a brush fire after its engine failed.

Amazon’s latest model is a hexagonal, propeller-driven plane with a “sense-and-avoid system” that uses an algorithm to avoid hitting other planes, smokestacks, people and other potential obstacles, the company said.

Customers must identify a suitable landing spot with an Amazon representative. The customer leaves a marker there, similar to a QR code. The drone descends to about two to three meters off the ground, drops the package, and flies away.

The FAA has required human observers to watch Amazon’s drones from the moment they take off until they are out of sight. Amazon plans to require the security measure to be removed.

“Part of it is that you learn while you do it,” Zammit said.

Raja Sengupta, a professor of transportation engineering at UC Berkeley who has worked with drones for nearly 30 years, said the technology in autonomous drones is advanced enough for Amazon Prime Air to work. However, given Amazon’s problems with testing, Sengupta expressed skepticism about factors such as inclement weather and moving obstacles such as a dog or cat.

Amazon’s decision to lower the drone for deliveries also raised concerns at Sengupta. Competitors’ drones, like those of Alphabet subsidiary Wing or Manna in Ireland, lower packages with a tether while the drone hovers at a higher altitude.

“All of this is more difficult than what the rest of the industry is doing,” Sengupta said.

With a population of about 3,500 people, horse and cattle ranches, orchards and vineyards, lots of open land, and low-density housing, Lockeford makes the most sense as a first step, Zammit said.

Rindy Crawford, a manager at Ace Hardware in Lockeford, was surprised that Amazon chose the rural location to roll out its drone deliveries.

“We have a grocery store, two gas stations, and something like a hardware store — it’s not like we’re Stockton or Lodi or the Bay Area,” Crawford said.

She feared that the program would crowd out mail carriers.

“You’re missing out on that human connection, that face-to-face conversation,” she said.

Amazon said it will seek feedback from the community and offer jobs at its new facility.

NBC ‘Days of Our Lives’ Spoilers For July 7: Leo’s In A Panic, EJ Makes A Confession, And Jan Has A Plan