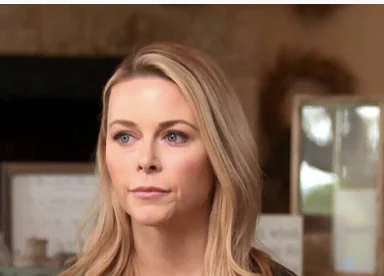 Amber Smith has come out and forgiven social media trolls for attacking her over the death of her son River in 2019.

River had tragically died at just 3 years old after being involved in a drowning accident. While losing a child is one of the hardest things to deal with, not everyone has been very compassionate towards Amber.

one troll, in particular came out to attack the actress on the grounds that she could have done more. Not only that, but the troll had also bizarrely criticized her for being happy about having another child after River.

But rather than engage in back-and-forth with her critics, Amber quoted from the Bible to show the importance of forgiveness. In her comments she wrote: “Even the tongue is a fire, a world of evil under the body parts. It corrupts the whole person.

“I can’t fault these people for anything. We live in a fallen world. It took me 3 years to not let those comments hurt me but I forgive them.” And in hindsight, given the animosity brewing, it was probably wise for Amber to do so.

A social media user decided to attack Amber simply because she left a few heartfelt words of support to a parent who had allegedly lost their child. And given that Amber had been through something similar, that should have been welcomed.

And yet that wasn’t the case when it came to the troll. In some previous comments, the user noticed: “This makes me sooooo angry! Why are you such irresponsible parents… You KILLED your win child. Really disgusting.”

Looking back, it is clear that any parent would have felt that they could have done more to prevent such a tragedy. But now that this has happened, the only logical thing to do is learn from it and not repeat the same mistake. So there you have it folks. What did you think? Do let us know your thoughts in the comment section below.