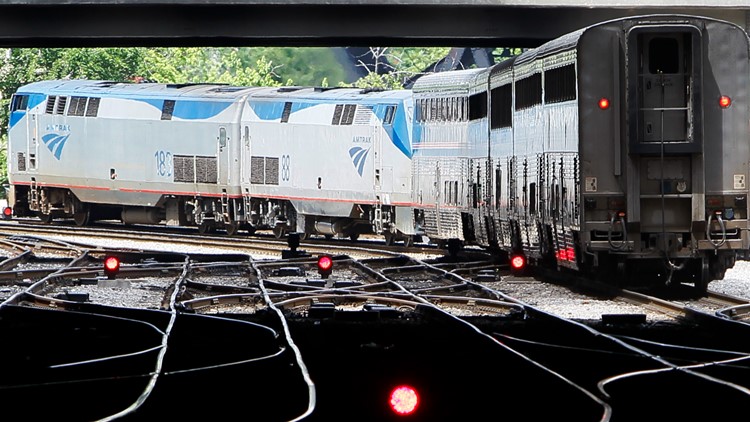 WASHINGTON — Amtrak announced Monday that it is canceling some long-distance travel, primarily out of Chicago, ahead of a possible rail freight strike later this week.

As of Tuesday, Amtrak said it was suspending service on the Southwest Chief (Chicago to Los Angeles), the Empire Builder (Chicago to Minneapolis to Spokane to Portland/Seattle), the California Zephyr (Chicago to Denver to San Francisco), and the Los Angeles becomes part of the Texas Eagle routes as San Antonio Train #421.

The company said the move was necessary “to avoid potential disruption to passengers en route.”

Freight rail companies and their unions face an impending strike deadline on Friday to resolve their contract dispute.

While the negotiations do not affect Amtrak, most of the company’s 21,000 route miles outside of the Northeast Corridor are on rail-owned, maintained and serviced track.

“These initial adjustments include the cancellation of three long-distance routes on Tuesday 13 September 2022 and could impact all long-distance routes and most government-backed routes. These adjustments are necessary to ensure trains can reach their terminals sooner, leading to disruption to rail freight if negotiations do not reach a resolution,” Amtrak said in a statement.

The company noted that most travel within the Boston to New York to Washington corridor and associated branch lines are unaffected because Amtrak owns those routes.

Amtrak plans to reach out to impacted customers who can change their reservations to a different date or receive a full refund.

The Association of American Railroads trade group released a report last week estimating that closing the railroads would cost the economy $2 billion a day.

Why is the Senate race in bright-red Ohio so close?

West Seattle girl band is rocking their way to the top

NBC ‘Days of Our Lives’ Spoilers: Bad news hits the Kiriakis family hard, Leo’s in a mess, and Chad can’t catch a break