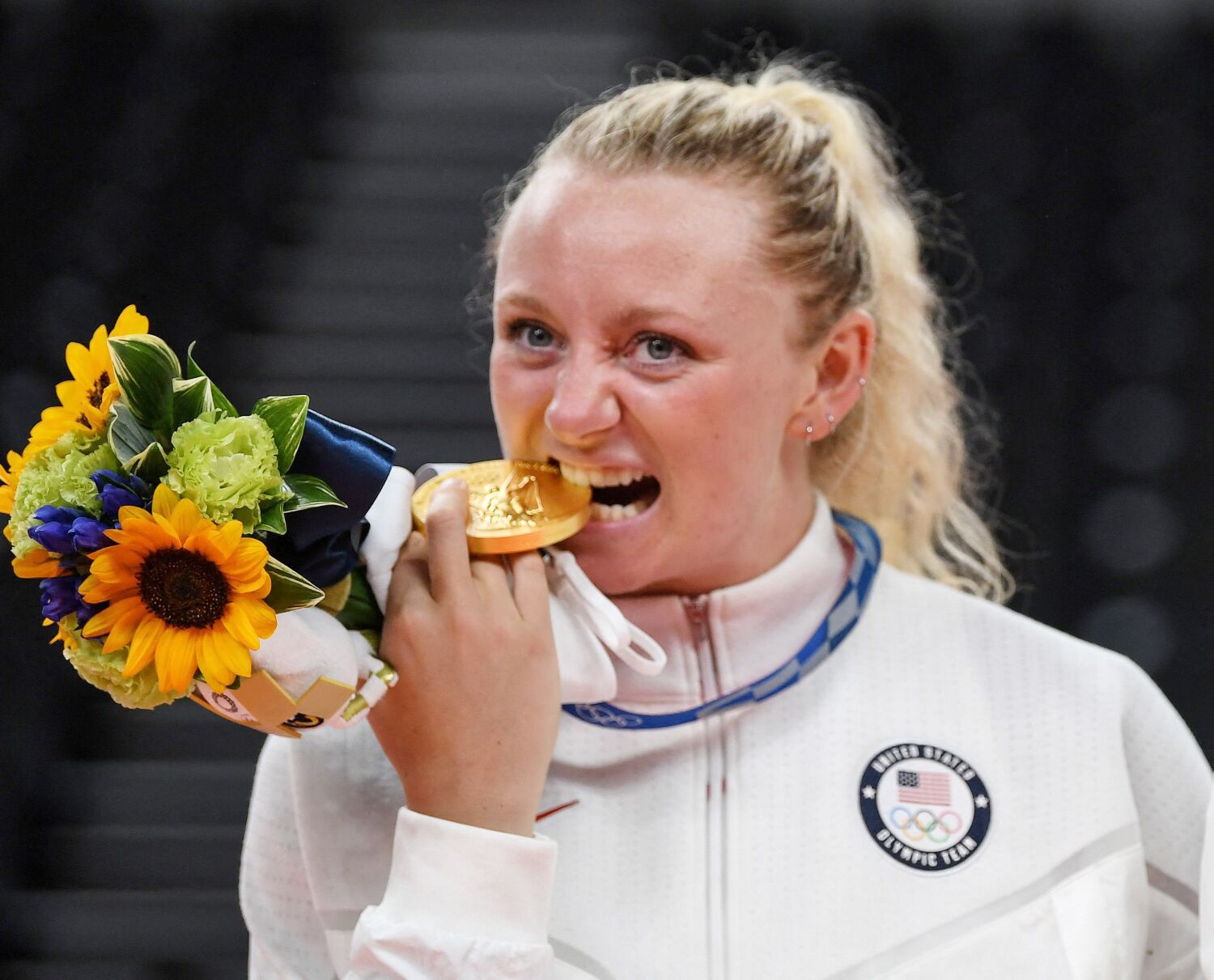 Jordan Fernandez pleaded guilty to the first and second-degree felonies of burglary, unauthorized use of personal identification and controlled substance detention, and to misdemeanor charges of possession of controlled substance paraphernalia, according to court records.

Fernandez has a criminal history, pleading guilty to a felony count of robbery in April 2020 and was sentenced to 120 days in prison and three years probation. In January he was jailed for 60 days on suspicion of violating the terms of his probation.

Poulter, the starter for the US women’s Olympic volleyball team at the Tokyo 2020 Summer Olympics, reported that the medal was stolen from her unlocked rental car that was parked in her garage on May 25, according to the Anaheim Police Department.

“I just really forgot it was in my car,” Poulter said at the time. “As silly as that sounds, it’s the reality of the situation.”

Almost a month later, Maria Carrillo, owner of Carrillo Income Tax in Anaheim, found the medal in a plastic bag while walking her dogs outside the office. Anaheim Police said they did not figure out how the medal ended up in the garbage bag.

“I was very emotional and surprised because I knew I had on hand something that took someone a lot of work to earn,” Carrillo said. “I’m honored to be able to give this back to the person who actually put in all of this work.”

Meghan Markle will never be a 'Real Housewife' of Montecito