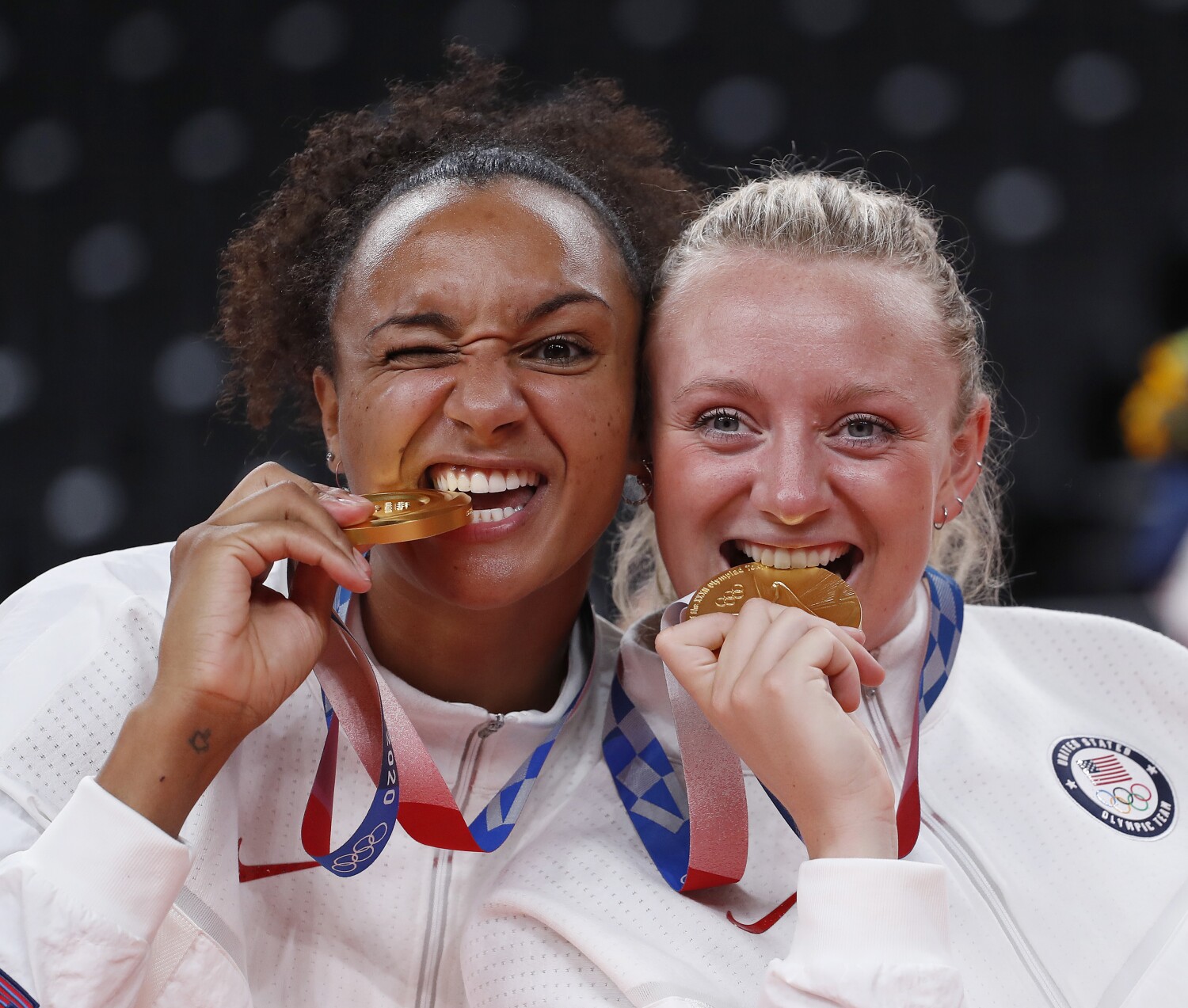 However, the medal remains lost.

“Unfortunately, Jordyn’s Olympic gold medal has not yet been recovered and she is offering a $1,000 reward for her safe return, no questions asked,” police said.

The theft happened on May 25, police said.

Poulter, the starting player for the US women’s volleyball team that celebrated a historic win over Brazil at last summer’s Summer Olympics in Tokyo, told police she parked a rental car in her garage, went inside to take a shower and signed up for one Zoom meeting done.

She left the car unlocked and the garage door open.

When Poulter returned, she saw that someone had ransacked the car and taken the black shoulder bag that contained her passport.

Also the medal she had in the center console was gone.

Poulter said the medal represents the culmination of her work in the sport and the sacrifices of many others who helped build the women’s volleyball program to a pinnacle of achievement.

To have someone take this valuable artifact, she said, “is such a bummer.”

Speaking to reporters May 27 at the team’s Anaheim training facility, the Olympian said she hopes whoever won the medal realizes that trying to pawn it wouldn’t be lucrative.

“It’s not pure gold, so if you try to melt it down it won’t get you very far,” Poulter said. “The interior is made from recycled computer parts and then coated. So in that sense it’s not worth much.”

“It means a lot more to me than the monetary value,” she said.

Anyone with information on the whereabouts of the medal is asked to call the Anaheim Police Department at (714) 765-1900 or Orange County Crime Stoppers at (855) TIP-OCCS.

Cuban dissidents gather at Summit of the Americas in L.A.