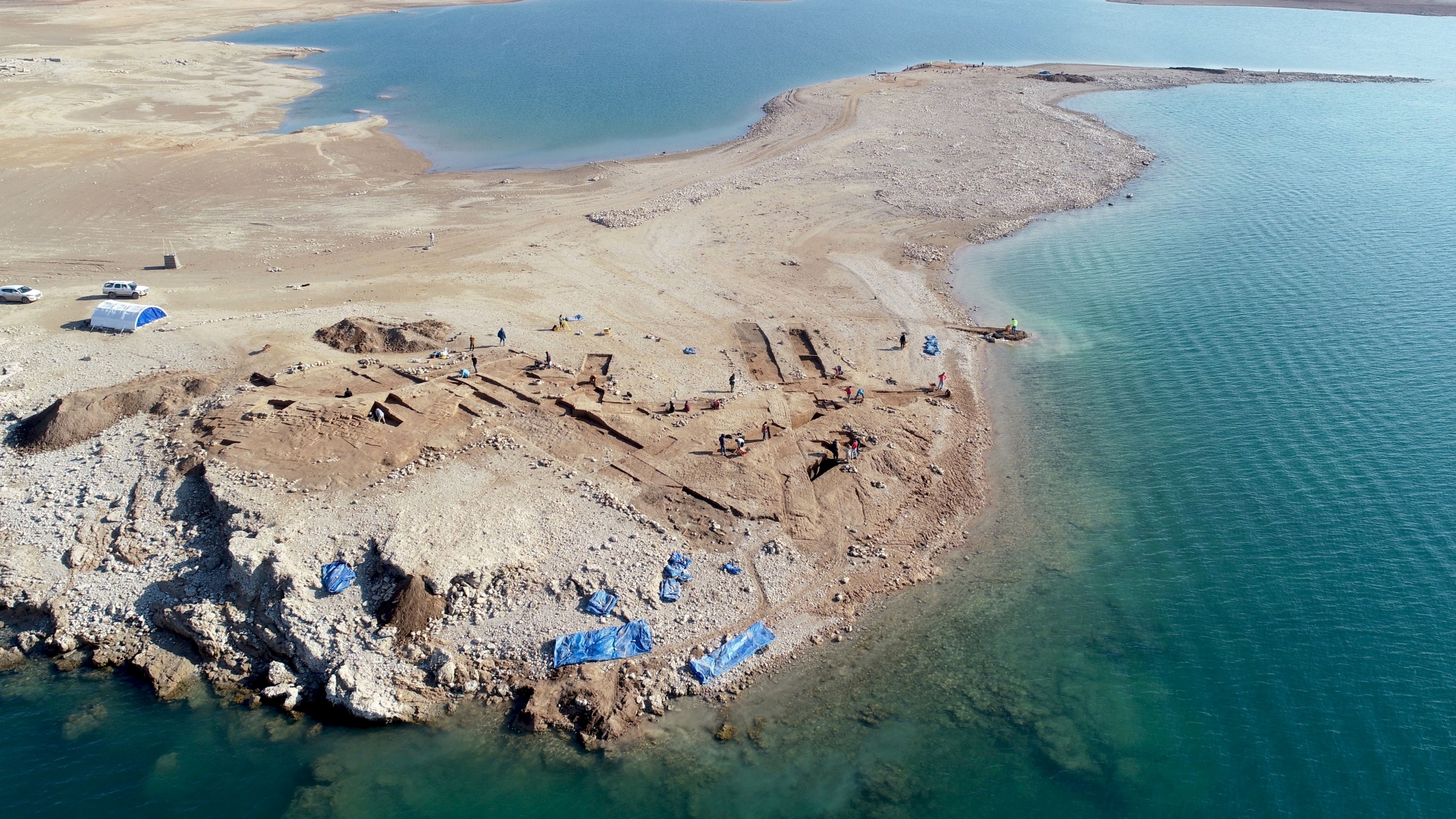 When an extreme drought caused a 3,400-year-old city to reappear from a reservoir on the Tigris River in northern Iraq, archaeologists rushed to excavate it before the waters returned.

The Bronze Age city at an archaeological site called Kemune is a relic of the Mittani Empire (also spelled Mitanni Empire), an ancient kingdom that ruled parts of the north Mesopotamia from about 1500 BC to 1350 BC Researchers have known the remains of the city for a long time, but they can only study them while they are there droughts.

Archaeologists partially excavated Kemune in 2018 and discovered one lost palace with 22-foot-tall (7-meter) walls and chambers decorated with painted murals, Live Science previously reported. This time, the researchers mapped most of the city, including an industrial complex and a multi-storey warehouse that a said likely contained goods from across the region expression (opens in new tab) published by the University of Tübingen in Germany.

“The excavation results indicate that the site was an important center in the Mittani Empire,” said Hasan Qasim, an archaeologist who worked at the site and chairman of the Kurdistan Archeology Organization, in the statement.

Related: US will return 30 years after the theft of ‘priceless’ 3,500 year old Epic of Gilgamesh tablet to Iraq

Kemune is the only known urban center from the Mittani Empire that sits directly on the Tigris River, suggesting city-controlled crossings on this part of the waterway and may also have been an important connection point for the empire, according to Ivana Puljiz, an associate professor for Ancient Near Eastern Archeology at the University of Freiburg in Germany, which also worked on the dig, Live Science said in an email.

An earthquake probably destroyed much of the city around 1350 BC. BC, but some of its ruins survive under collapsed walls. During the construction of the Mosul High Dam in the 1980s, people flooded the site with water — archaeologists knew about Kemune at the time, but hadn’t studied the site, Puljiz says.

Researchers rediscovered Kemune in 2010, but were only able to excavate when the reservoir’s water levels were low enough during a major drought in 2018. They had a second opportunity to analyze the city in 2022 as Iraq needed to use the reservoir’s waters to prevent crops from drying up and failing during another severe drought – Iraq is badly hit climate change – according to the statement, the water level was low enough again

Kurdish and German archaeologists assembled a team within days of deciding to study Kemune and quickly worked on the site through January and February, with little knowledge of when the waters would return. Among the Mittani ruins, the team uncovered more than 100 clay tablets from the Middle Assyrian period (circa 1365 BC).

After the Mittani Empire came to an end, the Assyrians built a new settlement at Kemune, and their tablets may contain writings about this change of empire. “We don’t know what’s in the lyrics yet,” Puljiz said. “But we hope they provide information about the beginning of Assyrian rule in the region.”

Some of the archaeologists’ ditches filled with water when the reservoir rose in February. They laid plastic tarps on the buildings and covered the tarpaulins with gravel to protect the city from further decay. Kemune is now fully submerged again, and researchers don’t know when they can return.

“It’s totally unpredictable when the site will come back up,” Puljiz said. “It could happen as early as this summer or in a few years.”