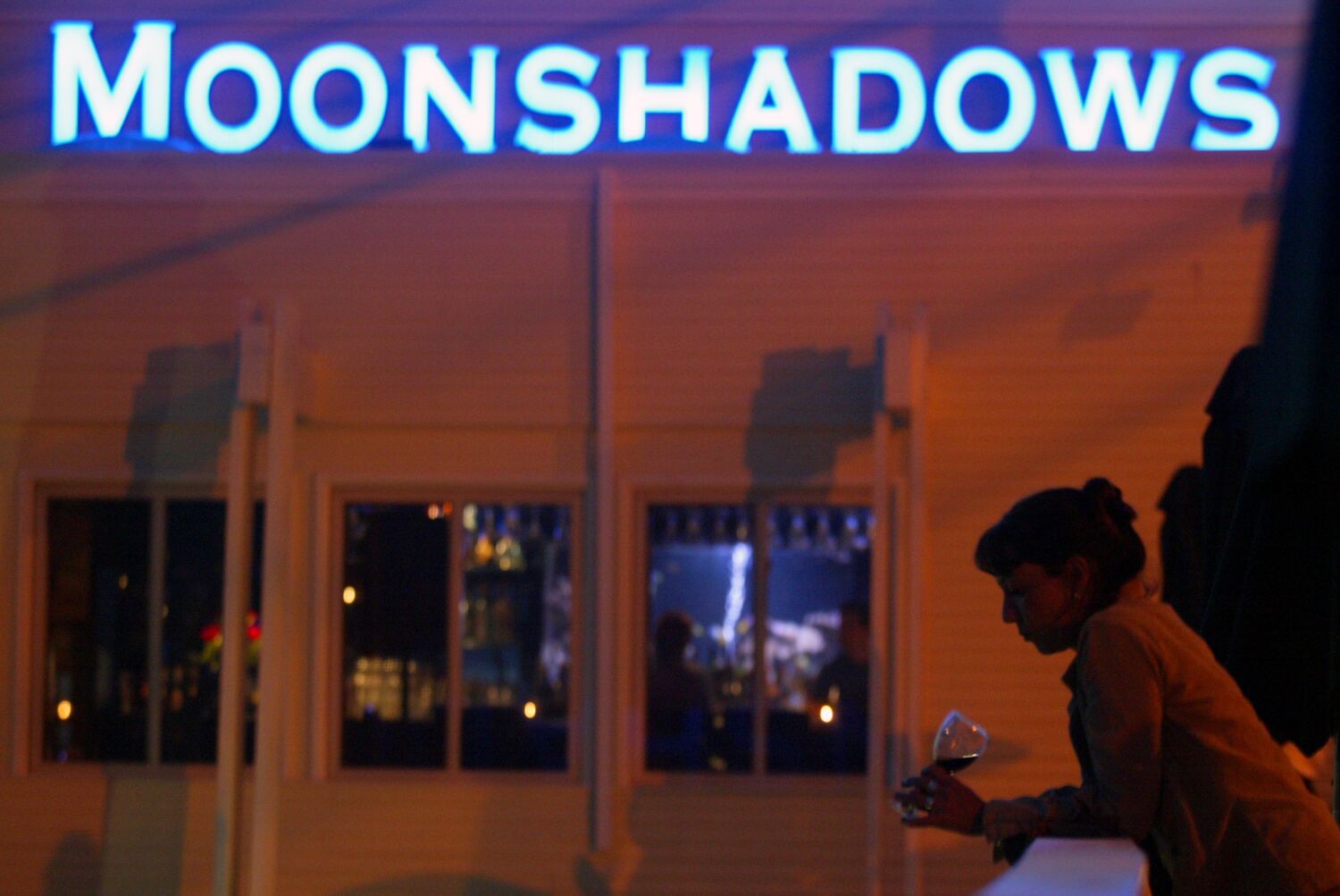 Andrea Bullo, owner of popular Malibu restaurant Moonshadows, was killed along with his son in a fire accident in Woodland Hills this week, a worker confirmed.

On Wednesday night, staff and diners at the upscale beach restaurant gathered there for a private vigil, an employee told The Times. The restaurant is expected to remain closed on Thursday and it’s unclear when it will reopen.

“We are grieving right now as individuals and as a whole family,” said the staffer, who asked not to be named. The coroner has not officially released the identities of the crash victims.

A 2014 Toyota Camry was speeding eastbound on West Mulholland Drive around 9 p.m. Tuesday when it crashed into the rear of a 1965 Mustang and both cars burst into flames, Los Angeles Police Department Officer Warren Moore said.

The driver and passenger in the Mustang were both pronounced dead at the scene. The restaurant worker confirmed that Bullo and his son Marco were in the vehicle.

The Camry’s driver, Kevin Ivan Gonzales, 21, was arrested and charged with suspected double murder, Moore said. Police suspect alcohol may have played a role in the accident.

Bullo was a mainstay of the culinary scene in the Los Angeles area for years, but he got his start in his hometown of Venice, Italy, at Do Forni e Antico Pignolo.

He ran Prego in Beverly Hills in the 1990s before opening Moonshadows in 2001, according to his bio on the restaurant’s website.

Since then, the restaurant has grown into a popular and prominent spot on the Malibu coast, attracting celebrities while also becoming one of Yelp’s top 100 restaurants nationwide.

https://www.latimes.com/california/story/2022-11-03/owner-of-the-popular-moonshadows-restaurant-in-malibu-killed-in-a-fiery-crash Andrea Bullo, owner of the popular Moonshadows restaurant in Malibu, and his son killed in a fiery crash

Are the Marines Inventing the Edsel or the Mustang?

Councilmember Sawant wants Seattle to be an ‘abortion rights sanctuary’