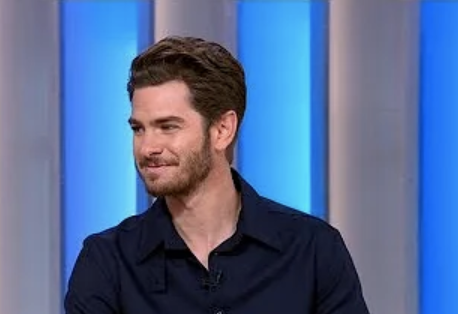 actor Andrew Garfield revealed he stopped having sex and eating to prepare for his 2016 film role, Silence.

Andrew Garfield stopped having sex and eating to prepare for his movie ‘Silence’ – ‘I’ve had some pretty wild, trippy experiences’

The actor happens to play a Jesuit priest who lived in the 17th century. And to get into the frame of celibacy, Andrew took things to the next level. This included a situation where the actor decided to study alongside Jesuit writer Father James Martin for a year.

They ended up having a very close relationship as the actor referred to him as a “boyfriend”. Father Martin’s role was significant as he helped Garfield engage with the teachings of Catholicism. Looking back on it all, Andrew had a lot to say about his experience.

In an interview on the Podcast “WTF with Marc Maron”.he said: “I did a few spiritual exercises every day, I created new rituals, I was celibate for six months and I fasted a lot.

“It was very cool man. I’ve had some pretty wild, trippy experiences when I was starving for sex and food back then.” Still, there’s a feeling this may have come at a price for the actor. He has previously spoken about taking a break from acting to focus on himself.

And judging by those previous comments, it’s fair to say that his acting regiment is quite intense. In some earlier comments at the time, Andrew noted: “I’ll rest a bit.”

However, fans on social media felt that Andrew had taken things a bit too far. While there’s nothing wrong with preparing for a role, Garfield certainly pushed himself to the limit. A person wrote: “Yeah, could have just been pretending… What did Lawrence Oliver say to Dustin Hoffman.”

https://dailysoapdish.com/2022/08/andrew-garfield-stopped-having-sex-and-food-to-prepare-for-his-movie-silence-i-had-some-pretty-wild-trippy-experiences/ Andrew Garfield Stopped Having Sex And Food To Prepare For His Movie ‘Silence’-‘I Had Some Pretty Wild, Trippy Experiences’

2022 Is the Year of the Awesome “Affordable” Watch

91 Freeway to close in Corona this weekend for lane repaving