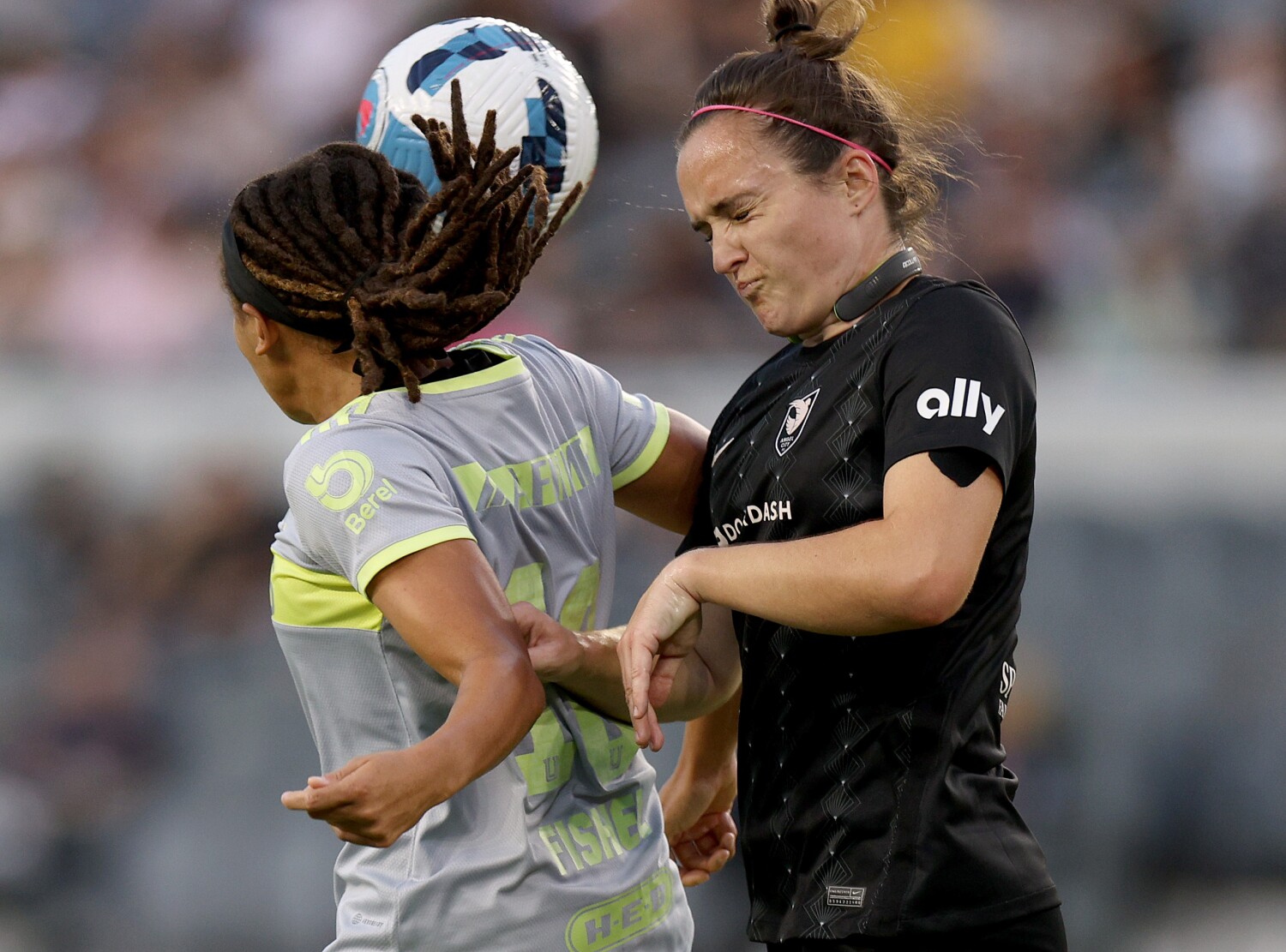 They play the same sport by the same rules. But teams in the NWSL from the US play a very different game to their sisters in Mexico’s Liga MX Femenil.

“The NWSL is more physical compared to the Liga MX,” said Stefany Ferrer Van Ginkel of Angel City, who has played in both leagues.

“Mexico uses more of their soccer IQ, their technical skills, because they don’t necessarily have the speed and size of an American player.”

Those differences should have made Wednesday’s Angel City-Tigres show at a half-empty Banc of California Stadium — a game that ended in Angel City’s 1-0 win — a showcase of competing styles. Instead, it was a largely cautious, uncreative affair save for the performances of Van Ginkel, a Brazilian who came via Spain, and teammate Jun Endo of Japan, who came on as a second-half substitute.

Van Ginkel, whose dribbles turned Tigres defenders upside down all night, played more than double the minutes in Angel City’s first 13 NWSL games combined in the first half alone. But the only goal of the night came 10 minutes after she left the field when a skidding Savannah McCaskill deflected a cross from Tyler Lussi in the 79th Minute.

For both teams, the game was far more important than the final score.

For Angel City, a first-year NWSL team, a friendly with Mexico’s most successful club provided an opportunity to test themselves on the field while raising their profile.

“When we were building the club, we wanted to challenge them early on to play against incredible teams,” said Julie Uhrman, the team’s president and co-founder.

It also made sense for Angel City, which is still building its fan base, to bring a Liga MX team to the heart of Southern California, where approximately 6 million Mexicans and Mexican Americans live.

For Tigres, who have played in seven of the nine championship games in Liga MX history and won four, battling teams from the older, deeper and more established NWSL lends the team – and the league – added legitimacy. Tigres played in the NWSL’s Houston Dash in 2019 and 2021, splitting the two games and will host Angel City in Monterrey next year.

“There’s no real way to know the levels between leagues. You can only speculate until you play tournaments,” said Tigres coach Carmelina Moscato, who played three seasons in the NWSL. “This is a meaningless match, but for all other reasons it makes sense; Fan bases come together, players challenge each other, different playstyles.”

In a way, the NWSL can take credit for inspiring Liga MX Femenil, Mexico’s first foray into a high-profile professional women’s league.

When the NWSL rose from the ashes of the WPS in 2012, it did so with the support of the soccer associations of the United States, Canada and Mexico, who agreed to pay the salaries of their top players who signed with the league. But in 2015, after a season in which no member of the Mexico national team played a minute in the NWSL, the Mexican FA withdrew its support and created its own league in 2017.

Since then, Canada and the US, led by NWSL players, have won two Olympic medals and a World title together, while Mexico failed to qualify for either tournament.

But the Mexican league has grown tremendously in its six years, attracting sizable television audiences, regular viewers of 30,000 or more, and foreign players like Uchenna Kanu of Nigeria, Jenni Hermoso of Spain and Fishel, the first major American to refuse an NWSL -Contract in favor of a contract in Liga MX.

“We don’t have enough games to compare those levels,” Moscato, who has attended three World Cups and won an Olympic bronze medal for Canada, said of the two leagues.

“But I know that both are growing exponentially.”

As they’re growing so quickly, playstyle, not quality, could soon be the only thing separating them.

Here's how that crazy 'Barry' chase scene came together

“Jordan’s gone? This s**t’s mine” – Shaquille O'Neal says the student has to eventually kill the master, believes with LeBron James aging guys like Tatum have the chance