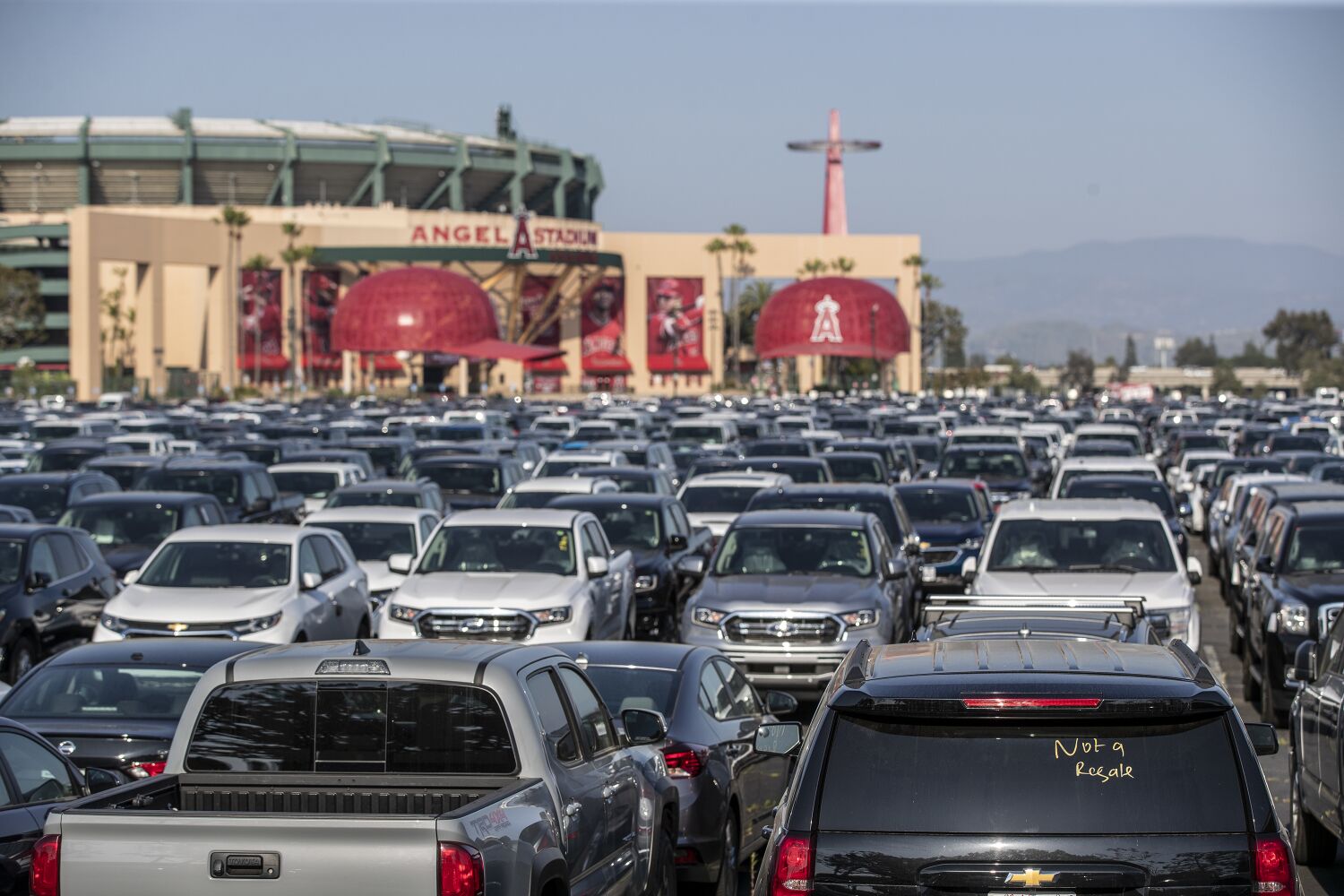 In April, with the start of the baseball season, the Angels and the city of Anaheim believed they were weeks away from finalizing a stadium deal. Now, at the end of a season that saw the team and stadium deal collapse, Anaheim is bracing for the possibility that the Angels could file two lawsuits against the city.

On Tuesday, the Anaheim City Council is scheduled to discuss two “potential cases” of “anticipated litigation” behind closed doors, according to an agenda released Thursday night.

The agenda is linked to a letter Thursday in which Angels attorney Allan Abshez reiterated one issue with the city and addressed another. The New Problem: Anaheim plans to build a fire station in the Angel Stadium parking lot, which the Angels say the city has no unilateral right to do.

In August, the city council approved a contract for the fire station to enable development in the so-called Platinum Triangle area, including the “OC Vibe” entertainment village around the Honda Center.

The Angels’ stadium lease allows the city to develop a portion of the lot, but only for the following purposes: a soccer stadium, a youth sports facility, hotels, shops, restaurants, offices, and entertainment venues.

“A fire station is not a permitted use,” Abshez wrote.

The city believes the fire station could be built without taking parking away from the Angels and would benefit all parties in the area, including the Angels and their fans.

“There is a clear need for a fire station in the Platinum Triangle, which is why our council has acted to move this plan forward,” said city spokesman Mike Lyster.

In June, a month after the city terminated the stadium deal following the exposure of a federal corruption investigation into former Mayor Harry Sidhu, the team sought reimbursement of $5 million in transaction costs under the terms of the deal. The city has yet to respond, Abshez wrote, and the team could sue to recover the money.

Sidhu has not been charged with any crime and has denied any wrongdoing through his attorney. Angels owner Arte Moreno put the team up for sale last month.

The Angels’ stadium lease runs through at least 2029, and the lease automatically transfers to any new owner approved by Major League Baseball.

Explaining Hollywood: How to get a job performing stunts

Connor McDavid is great, but Wayne Gretzky is the Greatest One