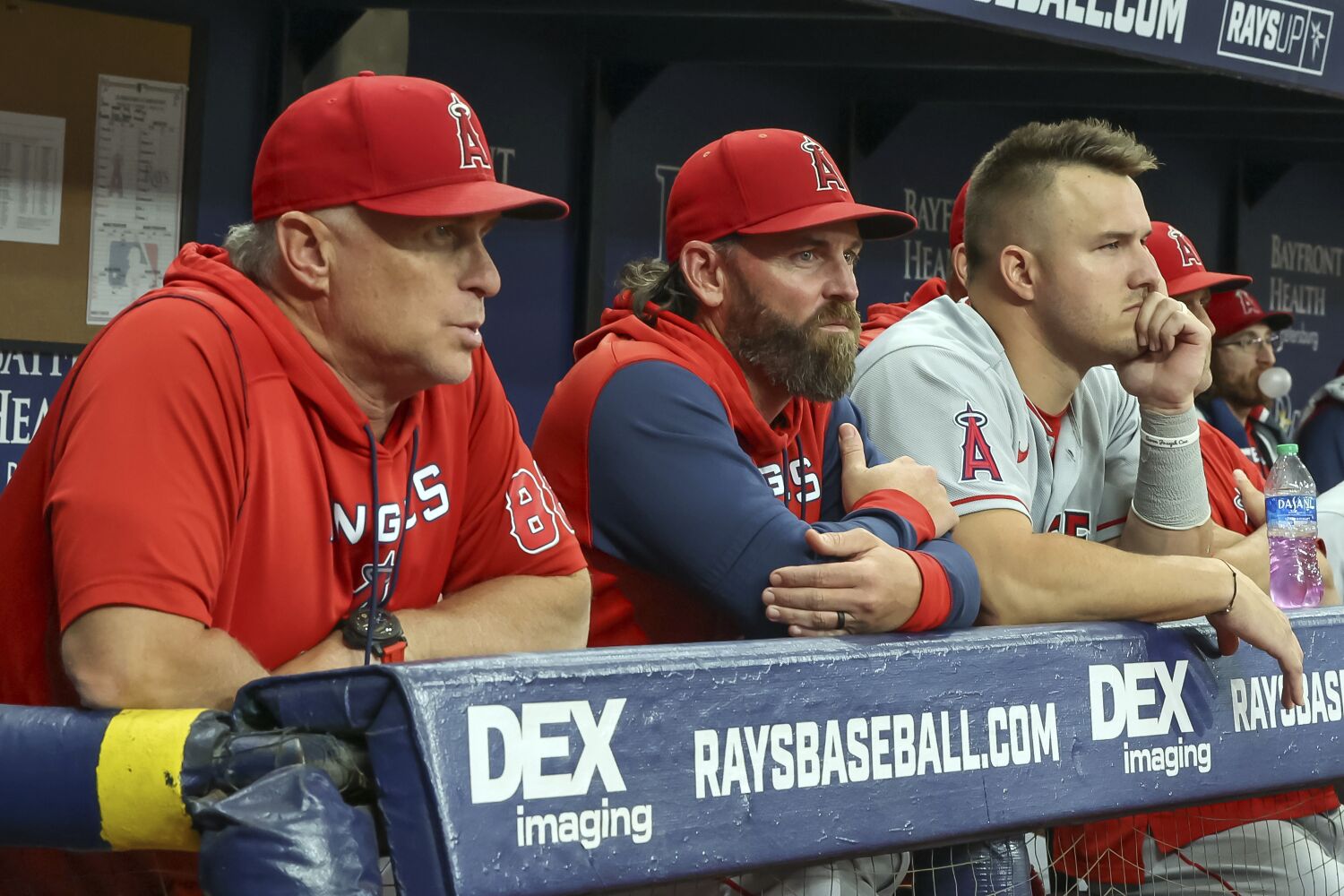 Hitting coach Jeremy Reed and assistant hitting coach John Mallee will not return to the Angels in 2023, the team confirmed Wednesday.

The moves mark the first changes to Phil Nevin’s coaching staff for next season. There will likely be more changes in the coaching staff, as is usually the case with any new manager. The Angels have not provided any further updates on other coaches.

Nevin was hired as the Angels’ third base coach last winter and was promoted to interim manager in June. The Angels named him their full-time manager to a one-year contract through the 2023 season on the final day of the Angels regular season, October 5.

Nevin and general manager Perry Minasian said they would spend this offseason deciding who would join the Angels’ coaching staff in 2023. Any changes would not be unjustified.

Also, Mike Gallego will not be returning as the Angels’ third base coach next season.

The Angels finished their season 73-89 and finished third in the American League West.

In 2022, the Angels’ offense or absence was partly what led to their downfall despite a hot start to the season. Injuries coupled with a general lack of depth created inconsistencies, particularly in the middle and end of the order. After a 27-17 start that saw the Angels offense finish in the top four in baseball in runs, homers and OPS, the Angels went on a 14-game losing streak and then fell further into a hole they can’t climb out of could.

“I think if you go back to April, early May, our decision making at the plate was a lot better,” Minasian said in July.

In four seasons, Reed oversaw an Angels offensive line that saw its best: collective batting average in 2021 when it finished 10th (.245); and scored the ninth-most runs (295) while having the ninth-best on-base percentage (.332) during the pandemic-shortened 2020 season.

Fins prep for Skylar Thompson or Teddy Bridgewater in finale