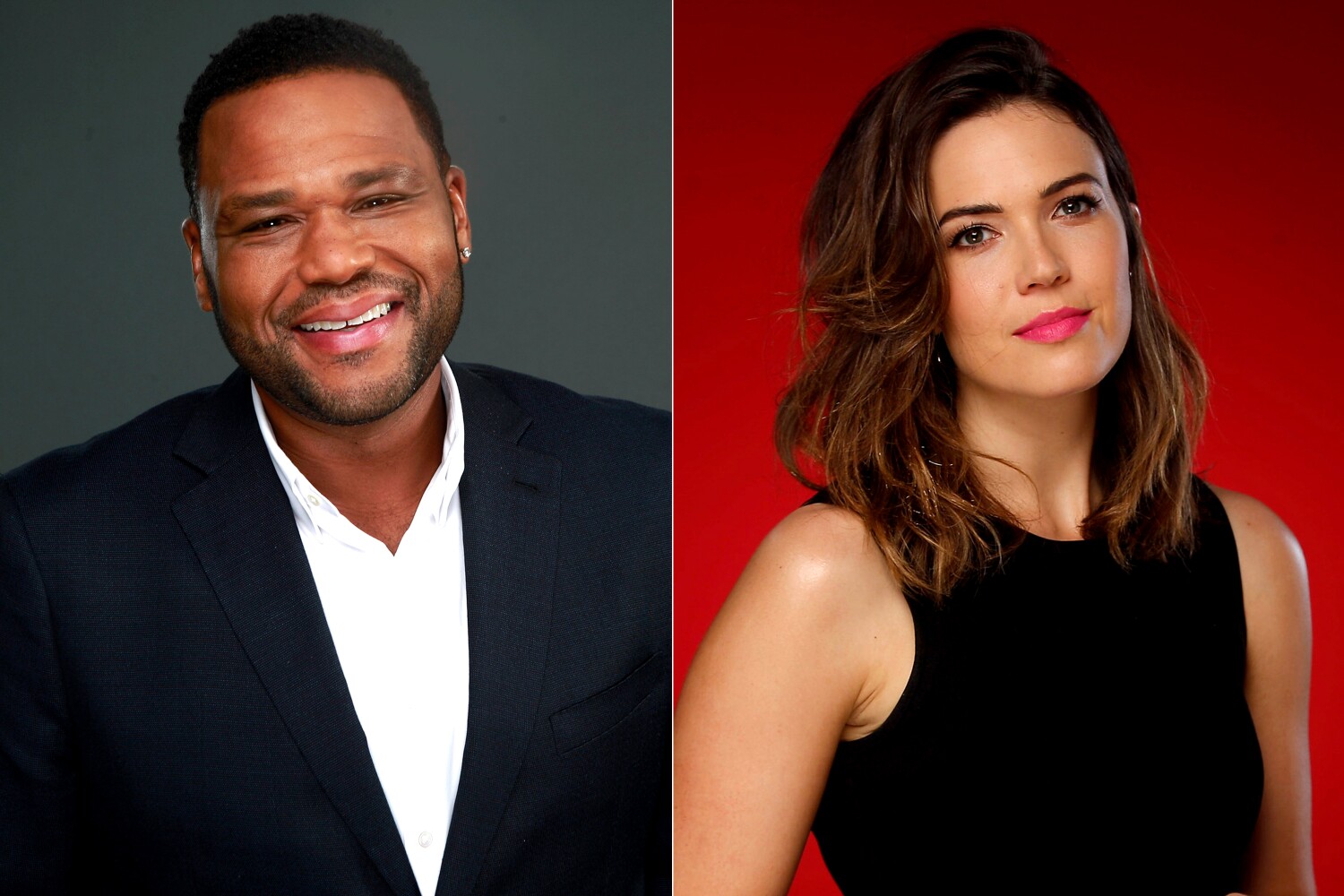 Actors Anthony Anderson and Mandy Moore are feeling a little salty after Primetime Emmy Award nominations snubbed them on Tuesday.

The couple, who have starred in veteran network series ending this year, addressed Regulatory Tuesday in their own way after awards forecasters expected them to be shooed away.

During Tuesday’s monologue while guest-hosting “Jimmy Kimmel Live,” the “Black” star Anderson blasted out at Emmy voters for not putting him in the Leading Actor category or the ABC breakout comedy in the category “Best Comedy” award.

After ranting about the frontrunner “Succession” (which he called “white-ish”) and how Kimmel’s late-night show was nominated again for variety talk series (and will likely lose again to John Oliver’s “Last Week Tonight.” ), has said Anderson has targeted the television academy for neglecting “black-ish,” which had been nominated in some form on and off since its debut.

“I have an ax to grind with the academy,” he said. “You know who wasn’t nominated for a Primetime Emmy this morning? America’s Sweetheart: Me. That’s correct. Me. Anthony Anderson. And neither my show black-ish nor my co-star Tracee Ellis Ross.”

“Can you believe that, Mom?” Anderson said, turning to his mother, Doris Bowman, who was in the studio audience.

“Well, I’m not saying the voters were stupid for not nominating me or ‘black’ or Tracee. I’m just saying they’re racist,” he quipped, accusing the organization of recognizing murder-themed shows like “Barry,” “What We Do in the Shadows,” and “Only Murders in the Building” in the comedy category instead.

Anderson has been nominated seven times for Emmys Lead Actor in a Comedy Category and four times for the show’s producer since the show premiered in 2015. This year, “black-ish” was among a whopping 754 programs submitted for the awards ceremony and was only recognized in the Contemporary Hairstyling and Contemporary Costume categories.

On the other hand, Moore gently wrapped her disappointment in a congratulatory note for This Is Us musicians Siddhartha Khosla and Moore’s musician husband Taylor Goldsmith, who wrote the Emmy-nominated song “Forever Now.” Moore appeared in the role of Pearson family matriarch Rebecca Pearson during the emotional series finale of the NBC show Day of the Wedding.

In her Instagram Stories, Moore wrote that she was “so incredibly proud” of Khosla and Goldsmith being nominated for the song’s music and lyrics.

Then, in a second post, she added: “I wish our show was recognized in what I think [its] the best hour? Secure. and Nardine Saad Dan Fogelman’s brilliant writing for 6 seasons (hello THE TRAIN)? [Ken Olin’s] correct direction? Our insanely talented cast and crew? Yah….

“But nothing can take away what our show meant to SO MANY (us included). That’s an incredible legacy to be a part of. I will be forever grateful. #thisisus,” she said.

Moore, who was previously nominated for her role as a generational changer, faced a ban this year for a nomination for what is widely regarded as her best performance of her career.

Meanwhile, popular actor Steve Martin opened up about the omission of his Only Murders in the Building co-star Selena Gomez, who was the only lead in the comedy trio not to receive an acting nod Tuesday.

While Martin and Martin Short congratulated their young colleague on his nomination as producer, Martin told the New York Times that he and Short were “dismayed that Selena wasn’t nominated because she is so crucial to their performances.”

Gomez has not addressed the snub.