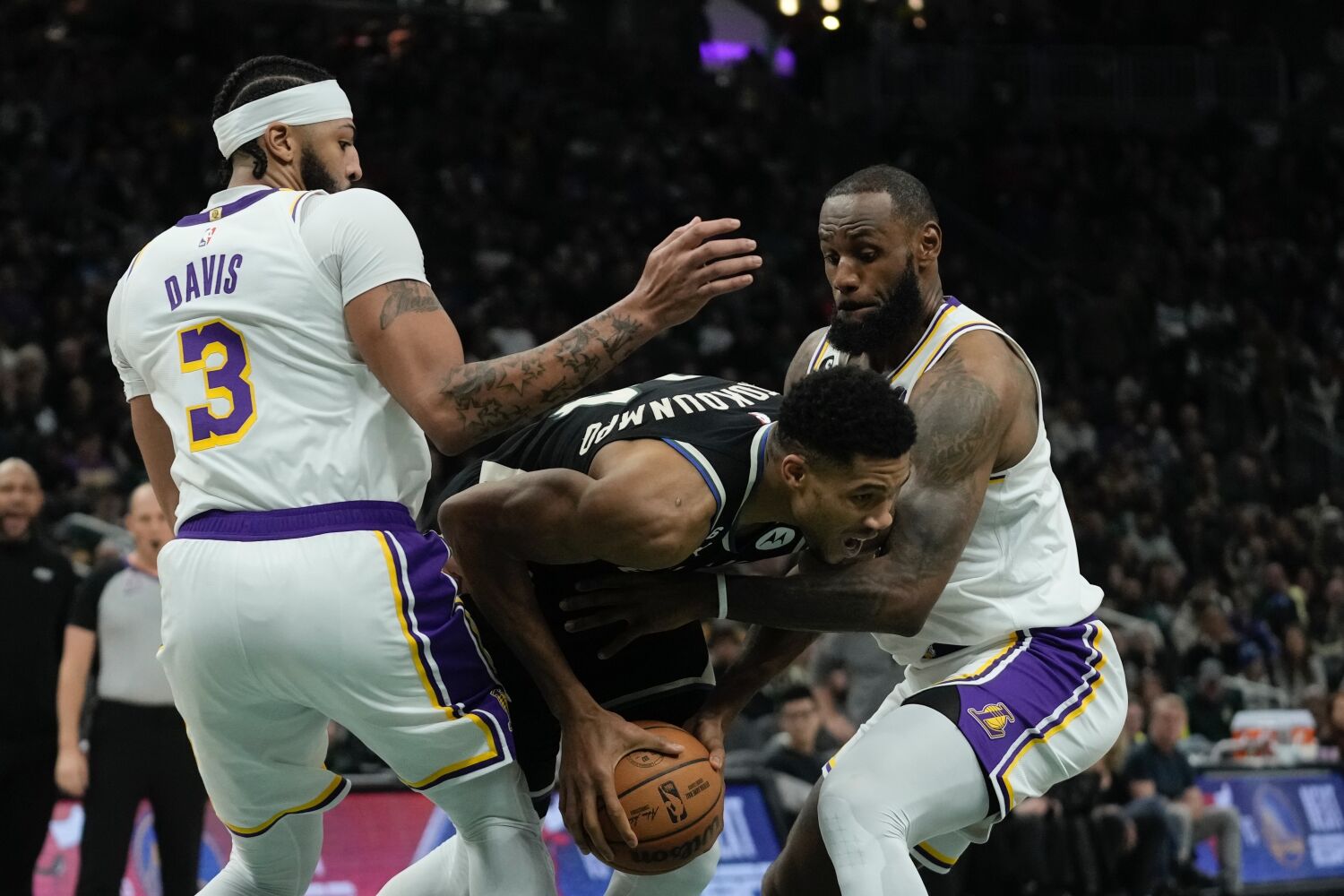 They handed him cigars, gave him a huge hug and greeted him with a smile.

Good luck walking the back floors of the Fiserv Forum looking for someone to say something bad about Lakers coach Darvin Ham because he’s popular here, where he won a championship as an assistant to coach Mike Budenholzer’s staff.

He even got a quick scoreboard tribute and a nice round of applause from the fans.

Anything but an easy win.

The Lakers had to earn that.

The Bucks, who brought back all-star forward Khris Middleton for the first time since April, were led by Giannis Antetokounmpo, who had 40 points. Jrue Holiday added 28 points while Middleton had 17.

The game had almost everything – stars making big plays, role players stepping up and tremendous back and forth play on the stretch, with Grayson missing game-defining three-point attempts from Allen and Holiday in the last 30 seconds.

There was even some history when James passed Magic Johnson for sixth all-time in the fourth quarter.

James and the Lakers suffered a bit of a scare early in the fourth quarter when James tangled with Middleton on the block. As they fell awkwardly, Middleton’s knee pressed against James’ often rolled left ankle, forcing him to grab it quickly in pain. He stayed on and was able to hobble onto the bench during a time-out before ending the game.

The Lakers continue their road trip Sunday in Washington against the Wizards.

Police searching for suspect in killing of Puyallup barbershop owner