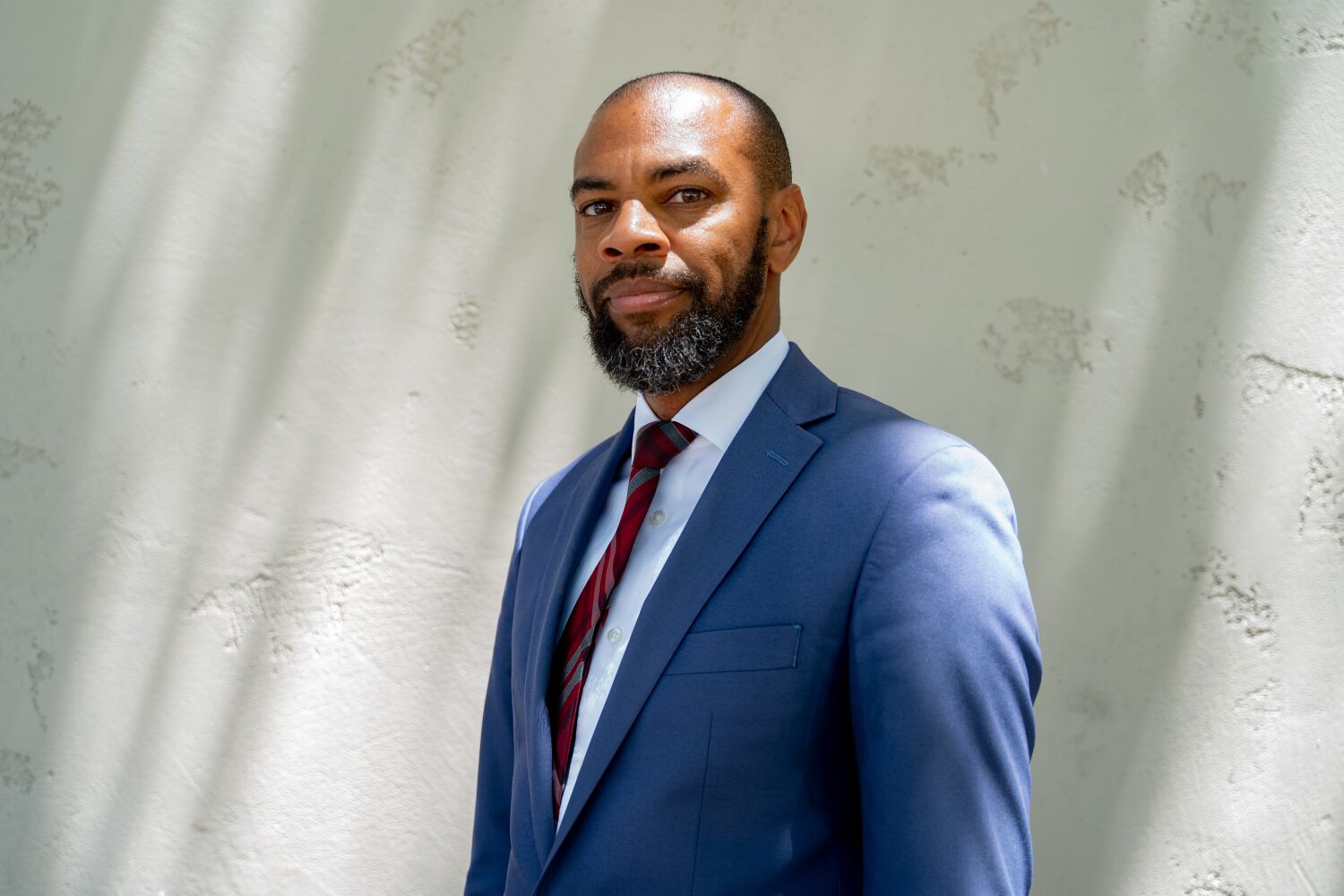 Antioch Mayor Lamar Thorpe said he was punched in the chest by a man in a confrontation with racist overtones on Tuesday.

Thorpe told the Times on Wednesday that the incident happened after he spoke at an event hosted by the Antioch Chamber of Commerce. Thorpe said he was getting ready to leave the State of Business luncheon at the Lone Tree Golf Course and Event Center when he was approached by a white man in his late 50s. Thorpe, who is black, said he knew the man who had attended city council meetings in the past.

He said the man referred to a post on a Conservative news blog that mentioned Thorpe’s absence from a recent city council meeting.

“I know the gentleman and he’s your typical right-wing MAGA guy who’s just not happy,” Thorpe said. “He’s just an older white man who isn’t happy that Antioch has a majority-black city council.”

After getting into a heated argument, Thorpe said he tried to walk away, but when he turned, the man was still talking and got too close to him.

“The next thing I know he’s making a fist and punching me in the chest,” Thorpe said. “He tries that a second time, and I said, ‘Don’t touch me. Do not touch me.’ ”

Councilwoman Tamisha Torres-Walker stood between the two men while Dominique King, a candidate for the Antioch Schools Board, led the man away, according to Thorpe, who added that he felt physically fine after the incident.

“I’m at a loss,” he said. “I just couldn’t believe he did that. After that moment, it was just dazed. Why did it have to escalate like this in the first place?”

King said she went out and saw Thorpe and the man having a “heated exchange” but didn’t know what they were arguing about. She confirmed that she asked the man out with her, which he did.

King said she did not witness the attack and that when she arrived it was “only verbal at the time.”

Thorpe said he filed a police report after the incident and officers were still investigating.

The Antioch Police Department did not immediately respond to a request for information Wednesday. Authorities have not publicly identified the man involved.

Thorpe said he and the man who hit him had disagreed on several issues in the past.

“He was a supporter of charter schools and opposed to us housing the homeless in a hotel,” Thorpe continued. “He was a strong opponent of some of my actions to help people.”

Thorpe said he approached the man because he didn’t think he was dangerous but “compared to our last mayor who was white, look at the things they do to me and those things would never have happened to him.”

Thorpe said he was threatened by a man at a restaurant who told him: “You have to be careful what you do” and had to text one of his neighbors for help. He also said people showed up at his home and set fire to his fence.

The city has a history of reckoning with racist incidents, apologizing to early Chinese immigrants and their descendants after Chinatown was burned to the ground more than a century ago.

“We were one of the original Sundown towns,” Thorpe said. “In the late ’80s and ’90s, blacks were not allowed in Antioch after dark. Some of these people grew up here and that’s normal. We’re seeing people of color actually being in these spaces, having an opinion, and those opinions affect public policy, and that’s really upsetting to them.”

Thorpe has faced controversy over the past year, including a failed recall attempt last December. He was also subpoenaed by authorities in March for drink driving and charged with two DUI-related offenses.

Other council members have called for Thorpe’s resignation in recent weeks after an independent inquiry backed allegations of sexual harassment against Thorpe by two workers at the now defunct Los Medanos health district, where Thorpe previously worked. Thorpe has denied all allegations and said the investigation did not include all possible witnesses.

https://www.latimes.com/california/story/2022-10-26/mayor-punched-lamar-thorpe-antioch-california Antioch mayor says he was punched in chest after a speech

Biden Bails Out the Price Gougers