The Auks had not won a state championship game since 1982. But last December, not only did they win, they also eliminated the team they were playing against.

Head coach John Bellace says his team and cheerleaders went to the White House on July 4th. They were allowed to take pictures with President Joe Biden playing football in Archmere. 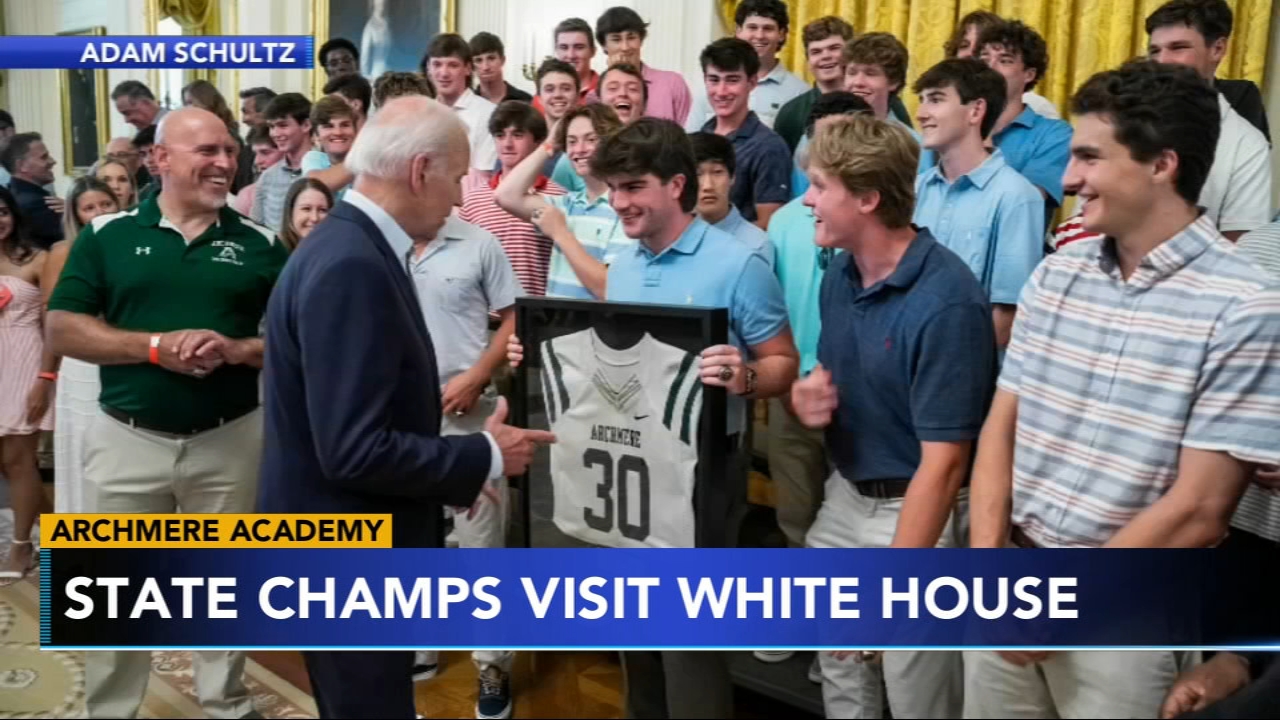 “He’s spoken a lot about his time at Archmere, how well it has set him up and how well it will set these guys up for the future,” Bellace said

“To go in there, take a picture with him and shake his hand – a once-in-a-lifetime opportunity,” added player Kieran Udovich.

After the meet-and-greet in the Oval Office, everyone was invited to the Fourth of July party, which included food, music and fireworks.