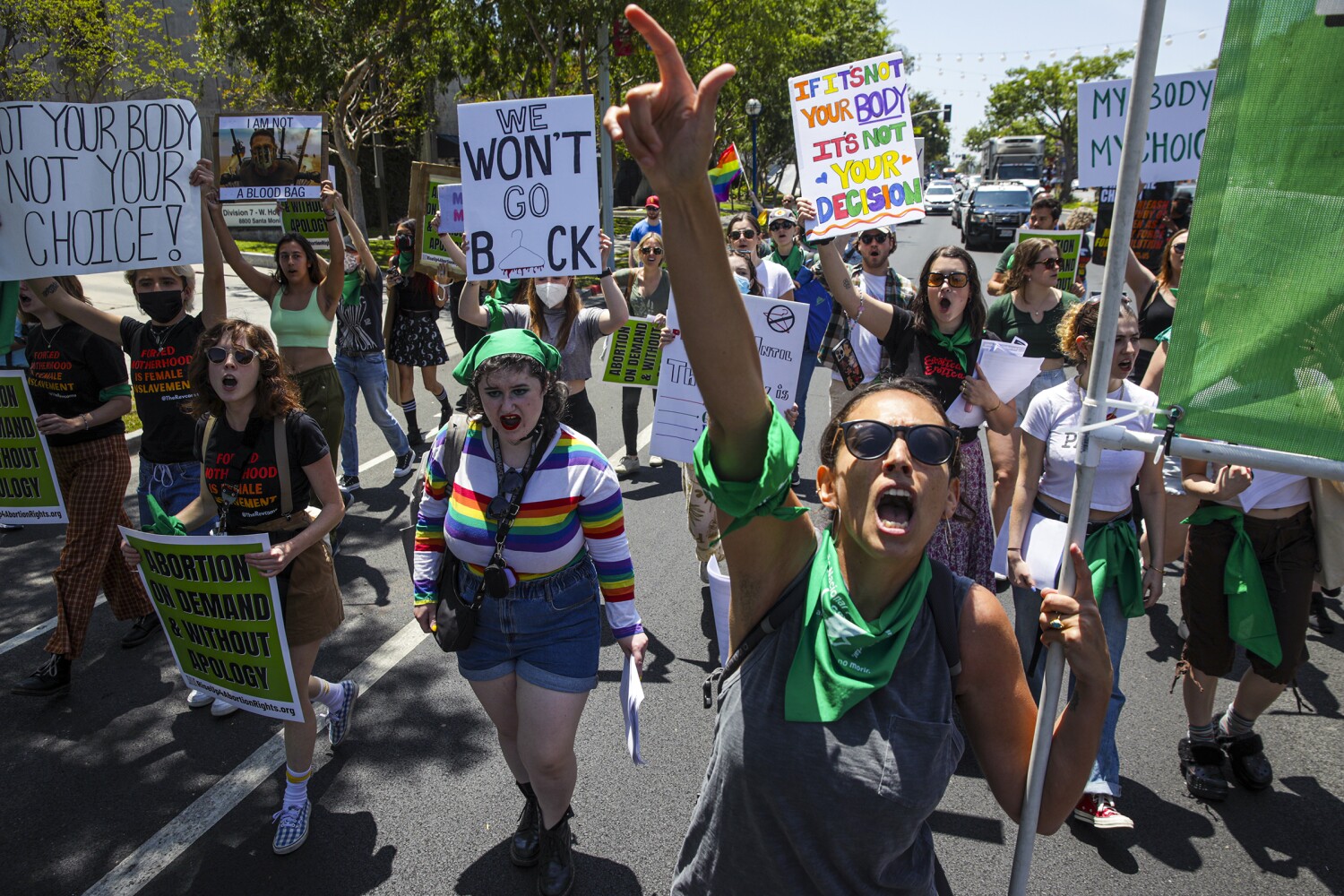 So many protesters wear them on their heads, around their necks or around their wrists that the recent relaxation of abortion restrictions across the region has become known as the “green wave.”

These days the bandana is also popping up in the United States.

From outside the Supreme Court in Washington to downtown Los Angeles, crowds protesting the historic Roe vs. Wade reversal last week were speckled with green.

“The green symbol carries international inspiration for the fight that women around the world have been fighting for abortion rights,” said Michelle Xai, a 29-year-old organizer in New York for Rise Up 4 Abortion Rights, a coalition government formed in January.

At a rally this week in front of federal court in downtown LA, activists read statements from their counterparts in Peru, Argentina and Brazil urging US politicians to act.

The green bandana made its debut in 2003 in the Argentine city of Rosario, when the right-to-choice abortion rights group recruited women’s sewing cooperatives to produce 3,000 for distribution at a women’s march.

Marta Alanis, 73, a founder of the organization, said green – “the color of nature” – was chosen because it “means life and we’re faced with a sector that calls itself pro-life and robs us of the word.” . The group also wanted to avoid the colors of the Argentine flag or colors associated with political movements.

“We couldn’t imagine what size the green handkerchief would take,” she said. “It was a five-minute conversation. It’s not like there was a big debate.”

The concept was also inspired by the mothers of Plaza de Mayo in Argentina, who wore white bandanas to draw attention to their children kidnapped during the military dictatorship that ruled the country between 1976 and 1983.

In 2005, a new national coalition for abortion rights made the green headscarf the official symbol of their campaign.

“It became a symbol of our struggle,” said Nina Brugo, a 78-year-old pioneer of the country’s abortion movement. “That was the way to march together.”

Activists distributed more than 200,000 tissues in 2018, the year tens of thousands of women took to the streets of Buenos Aires in a massive protest. Two years later, the Argentine Congress legalized abortion up to 14 weeks of pregnancy.

Other countries have followed suit.

In 2021, Mexico’s Supreme Court voted to decriminalize abortion. Colombia’s Constitutional Court followed suit this year, ruling to legalize abortion up to the 24th week of pregnancy. In Chile, a draft of a new constitution, due to be voted on later this year, includes a clause protecting the right to abortion.

In all of these countries, activists have used the green handkerchief as an organizing tool.

Ana Cristina González Vélez, a leader in Colombia’s abortion rights movement, said people “associate it with a global struggle, which is the struggle of every woman in the world for reproductive freedom.”

Officials plead with Californians to reduce energy use

What is the 5th Amendment? Trump declines deposition questions