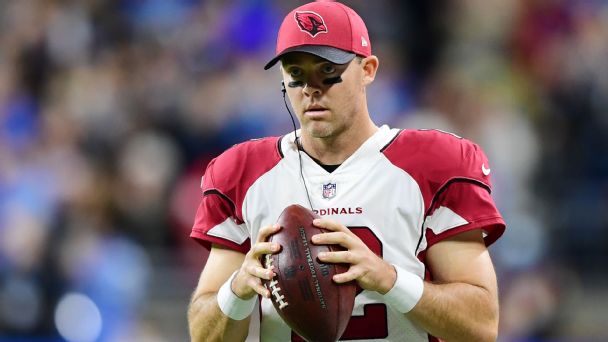 Three days after his Texas Longhorns lost to the Texas Tech Red Raiders — the alma mater of his head coach Kliff Kingsbury — the Arizona Cardinals backup quarterback was forced to wear a Texas Tech hat, shirt and shorts.

Did you know Texas Tech beat Texas on Saturday?

Former QB of the Longhorns @ColtMcCoy does.

But it wasn’t Kingsbury’s bet.

“No, no, I wouldn’t do that to him,” said the former Red Raiders coach. “I didn’t want to make that bet because I’m not wearing that burnt orange, I can assure you.”

The Red Raiders beat then-ranked 22nd Texas 37-34 in overtime on Saturday, the first time Texas Tech has beaten its state rivals at home since 2008.

McCoy, who played for Texas from 2005-2009, is the Cardinals’ lone longhorn. In addition to Kingsbury, Arizona has two other Texas Tech products: wide receiver Antoine Wesley and assistant coach Kenny Bell.

But Kingsbury have not reached out to McCoy, who is currently on injured reserve with a sprained calf following the upset.

“He’s like Mr. Texas. Like that’s the guy in the state of Texas. So I wouldn’t do it that way.”

Google Maps will help you discover a neighborhood's 'vibe'