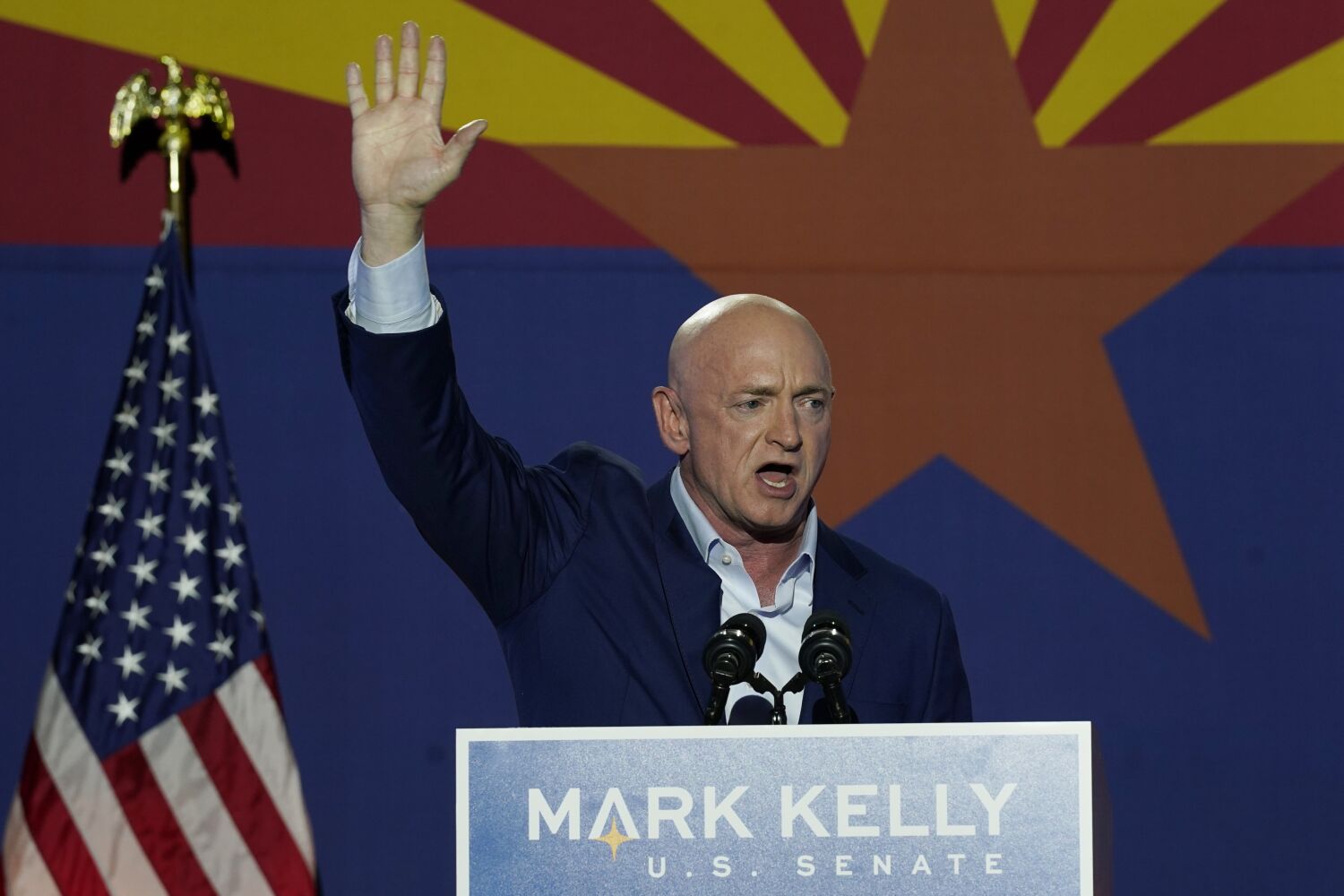 Senator Mark Kelly, an Arizona Democrat, defeated Republican technology investor Blake Masters in one of the most closely fought Senate races of the election season.

The race was called by the Associated Press on Friday, although official results will be longer.

With the win in Arizona, Democrats are one seat away from retaining their 50-seat Senate majority. The Nevada contest between Democratic Sen. Catherine Cortez Masto and her GOP challenger Adam Laxalt remains too close, and a Democratic counterpart, Sen. Raphael Warnock, is set to face Herschel Walker in a Georgia runoff next month.

Republicans would have to win both races to gain control of the Senate.

Masters did not comment on Twitter, but earlier in the evening during an appearance on Tucker Carlson’s Fox News program, he lashed out at GOP Senate Speaker Mitch McConnell and other establishment Republicans, calling them “incompetent” for not giving enough support to his campaign .

“Had he decided to spend money in Arizona, this race would be over. We would now be celebrating a Senate majority,” Masters said.

Arizona, once perennially GOP territory, stuttered into battleground status in the most recent election, siding with Joe Biden over President Trump two years ago by just over 10,000 votes.

Masters, a 36-year-old political novice, also credited Trump’s support, as well as the ample financial backing of tech titan Peter Thiel, for his success in the primary. But his candidacy sparked concerns in the GOP establishment that his acceptance of Trump’s election lies and a call for Social Security privatization would hamper his candidacy.

Kelly, who won a 2-percentage-point victory in a special election in 2020, capitalized on Masters’ more extreme positions, including hardline anti-abortion stances and comments disparaging the military.

A former astronaut, Kelly entered politics a few years after his wife, then-Rep. Gabrielle Giffords (D-Ariz.) was wounded by a gunman in 2011.

Republicans tried to portray Kelly as a staunch ally of Biden, who has a dismal approval rating in Arizona. In Washington, he was a reliable Democratic voice — a contrast to his Arizona compatriot, Sen. Kyrsten Sinema, who often turned her party’s legislative agenda upside down.

Still, Kelly, 58, attempted to differentiate himself from Biden on immigration and criticized the White House’s handling of southern border security.

Days of tension over the outcome of the race prompted Republicans to complain about the slow counting of ballots, particularly in Maricopa County. The Republican National Committee, as well as the state GOP, threatened legal action Friday if the district, the state’s largest, doesn’t begin 24-hour counting and more frequent updates of results.

County officials countered that multi-day counts are the norm thanks to the state’s widespread use of mail-in ballots.

Kelly took an early lead thanks to Democratic mail-in votes, but Masters contributed to that deficit when counting votes cast on Election Day. Masters’ performance lagged in comparison to that of GOP gubernatorial candidate Kari Lake, who lags by less than two percentage points behind Katie Hobbs, the Democratic secretary of state.

Univision Mujer de Nadie Spoilers: Casilda’s about to get what’s hers. Plus, Lucía will learn a horrible truth

Classified items found at Donald Trump’s storage unit in Florida, according to report