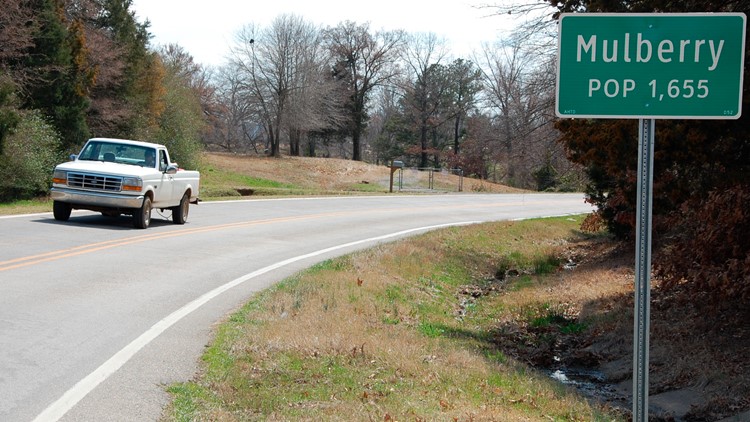 Video posted online shows one officer hitting the suspect with a clenched fist while another is seen kneeling him, and a third holds him down.

MULBERRY, Ark. – Three Arkansas police officers were suspended and state police launched an investigation after video posted to social media showed two of them hitting a suspect while a third officer pinned him to the ground.

Officials were responding to a report of a man making threats Sunday outside a supermarket in the small town of Mulberry, about 140 miles northwest of Little Rock, near the Oklahoma border, authorities said.

Video shows one officer hitting the suspect with a clenched fist while another can be seen hitting the man with his knee. The third officer holds him against the sidewalk.

The Arkansas State Police said the agency will investigate the use of force. State police identified the suspect as Randal Worcester, 27, of Goose Creek, South Carolina.

He was taken to a hospital for treatment, then released and sent to the Van Buren County Jail on multiple charges, including second-degree assault, resisting arrest and making terrorist threats, state police said.

Worcester is white, according to prison booking information, and the three officers involved also appear to be white.

The authorities have not released the names of the three officers.

“I hold all of my employees accountable for their actions and will take appropriate action on this matter,” Crawford County Sheriff Jimmy Damante said.

said Arkansas Governor Asa Hutchinson on twitter that the incident “is being investigated in accordance with the video evidence and the prosecutor’s request”.

Cellphone videos of often violent interactions with police have drawn a spotlight on officers’ behavior in recent years, particularly since the 2020 killing of George Floyd, when he was arrested by Minneapolis police.

The resulting nationwide protests drew attention to the officers’ brutality, which is often directed at black Americans.

Mulberry is a small town of 1,600 people in western Arkansas just off Interstate 40, a major corridor that runs from California to North Carolina.

The best Apple AirTag accessories you can buy

Cuba says it won’t attend Summit of the Americas in L.A.