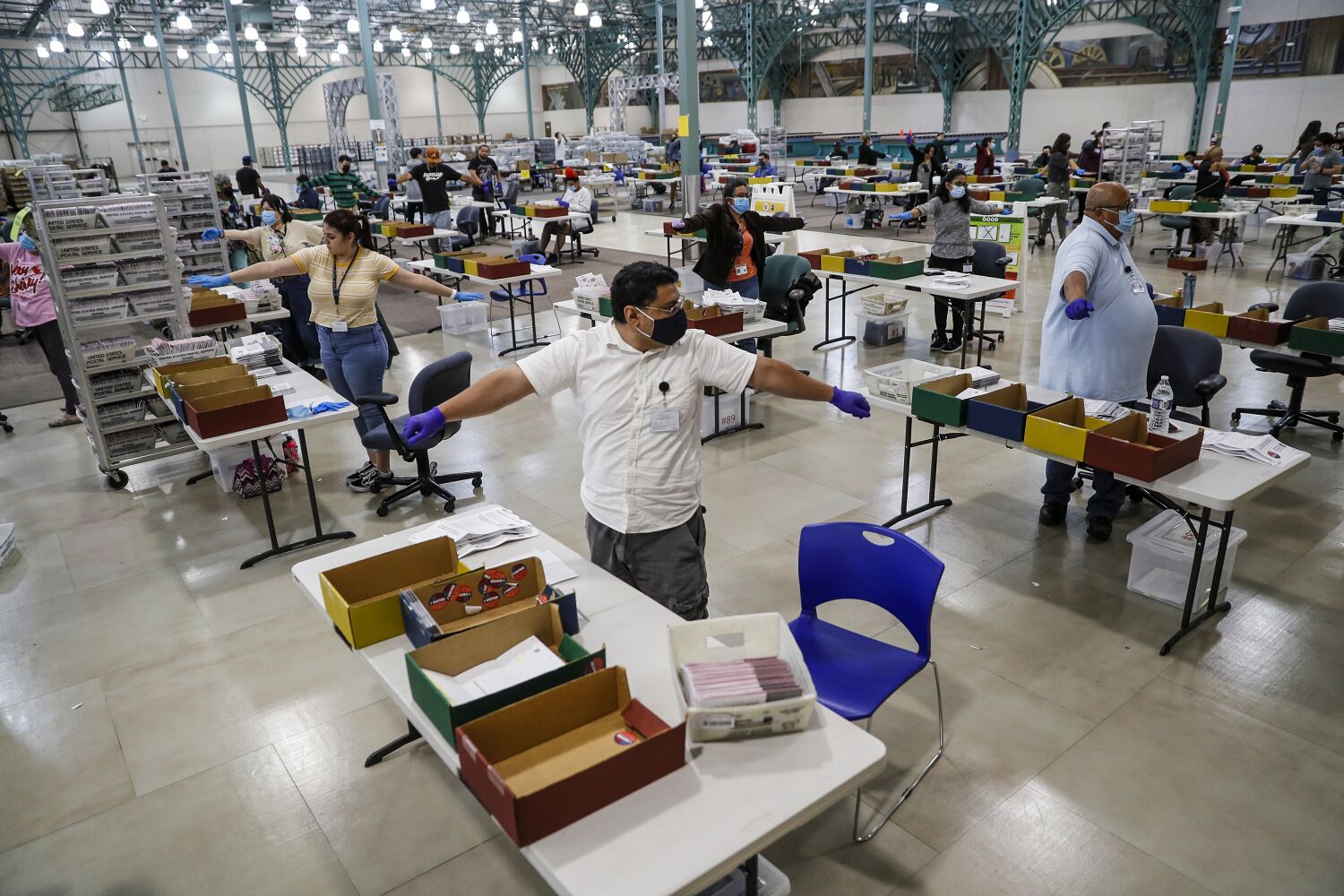 Los Angeles County prosecutors have accused the CEO of a small Michigan software company of compromising the personal information of hundreds of county election workers.

Eugene Yu, 51, was arrested outside of Lansing, Michigan, early Tuesday after prosecutors claimed he improperly stored the information on servers in China, according to the Los Angeles County Dist. atty George Gascon. Yu, who is the chief executive officer of a company called Konnech, is scheduled to be extradited to Los Angeles in the coming days, Gascón said.

According to Gascón, in 2020 Los Angeles County awarded Konnech a contract to store employee payroll and schedule data using its PollChief software. Under the five-year deal, worth nearly $3 million, Konnech was not supposed to store any information outside of the United States, Gascón said.

“Konnech allegedly violated his contract by storing critical information that workers provided on servers in China,” Gascón said. “We intend to hold everyone responsible for this violation accountable.”

It appeared none of the information had been sold, and Gascón said Yu’s alleged actions did not compromise the integrity of an election.

According to Gascón, prosecutors learned of the data breach earlier this year through a “separate investigation.” He didn’t want to say what the other investigation was or exactly when his office became aware of the violation.

An email to the LA County Registrar-Recorder/County Clerk’s office seeking comment Tuesday did not receive an immediate response. A person who answered the phone at Konnech’s Michigan offices said a company spokesman or attorney was not immediately available for comment.

Konnech had recently become the target of unsubstantiated conspiracy theories surrounding the 2020 presidential election, according to a New York Times report published on Monday. Resisters have claimed that the small company has ties to the Chinese Communist Party and gave the Chinese government access to the personal information of 2 million poll workers, according to the New York Times report, which said there was no evidence to support these claims .

Konnech employees received death threats and Yu denied all allegations of wrongdoing in an interview with the New York Times. He told the newspaper that all of their information is stored on American servers. Yu, who immigrated to the United States in 1986, went into hiding after receiving threats, the report said.

Why Emma Caulfield revealed her MS diagnosis after 10 years