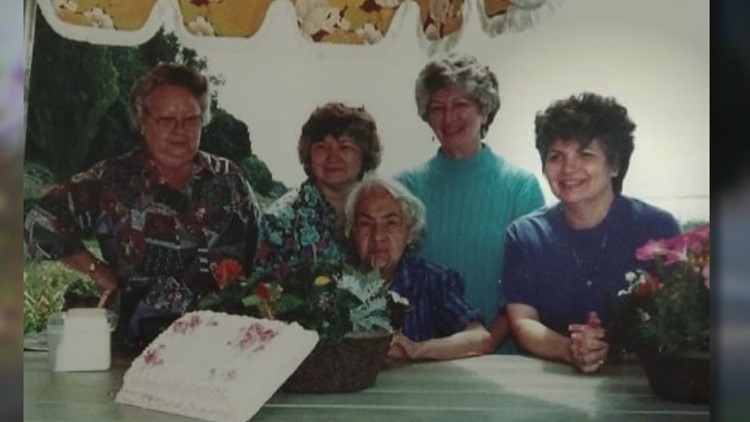 On August 15, a silver Ford Escape hit 80-year-old Patti Oman and pulled away, leaving her at the side of the road.

EVERETT, Wash. – A female suspect is now in custody after allegedly being involved in a hit and run that killed an 80-year-old woman in Everett in August.

On August 15, a silver Ford Escape hit 80-year-old Patti Oman at Block 5400 of Broadway Avenue, then drove away, leaving her at the curb. Witnesses tried to help her, but she eventually died from her injuries four days later, according to probable cause documents.

A witness who was behind the Ford at the time of the incident provided the 911 dispatcher with information about the vehicle, and an Everett Transit bus spotted the vehicle curbside, including pictures of the suspect.

On September 9, the Ford was found and seized by the authorities with an arrest warrant. Probable cause documents say evidence from this vehicle matched that of the Ford involved in the hit-and-run.

On September 22, a patrol officer found a stolen vehicle and identified the driver of that vehicle as the suspect from the previous hit-and-run.

The suspect, a woman in her 30s, was arrested and held in the Snohomish County Jail for being killed in a hit-and-run case.

Prosecutors must file charges by 5 p.m. Tuesday or the woman will be released.

Oman’s niece, Sarah Storm, said her aunt is not one to take old age while sitting.

“Even at her age, she was always looking for the next adventure,” Storm said. “She thought about the future in her twilight years and what else she could do. It was like she had a different mother or grandmother figure. She was incredible.”

Oman was on her way to her regular walk to the neighborhood supermarket. On the way back, just a few blocks from home, she was hit and killed.

“For something that’s so routine and so normal for her, it’s so hard to take her away from us,” Storm said. “If it had been a few minutes later, she would have come home with a more responsible person.”

“Beating a frail elderly lady and leaving her to die there kind of dampens my faith in humanity that someone would do something like that,” Storm said.

Oman was one of four sisters, a Native Alaskan and a retired real estate agent.

Even at 80, she felt there was still work to be done — to the point where she was still buying lottery tickets.

About 15 minutes before she died, she bought one at a grocery store just a few blocks from her home.