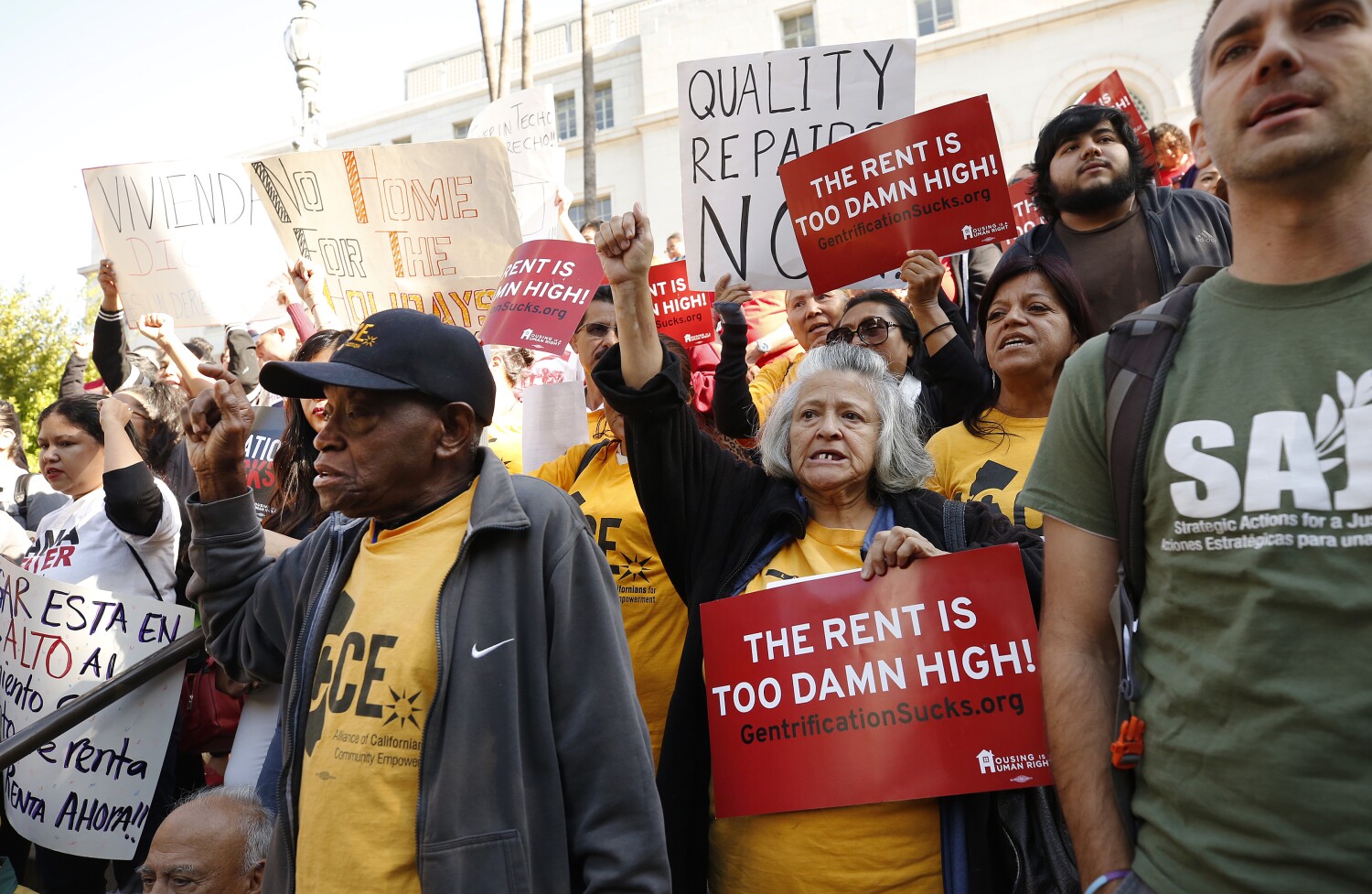 A limited three-month extension to California’s moratorium on evictions is scheduled to expire at midnight Thursday, despite opposition from tenant advocates who say the state still hasn’t done enough to accommodate renters during the COVID-19 pandemic.

Lawmakers in March moved the expiration date of the moratorium on evictions from April 1 to July 1 for California renters who had applied for the state’s rent relief program by the end of March. This extension also gave the state Department of Housing and Community Development more time to process a backlog of applications and make payments to thousands of tenants who had not yet received assistance.

Of the 404,313 budget requests received, the department has processed 329,327 so far, according to the state’s Rent Relief Dashboard. The average grant per recipient is $11,667, and the state has disbursed more than $3.8 billion in grants.

Madeline Howard, senior attorney for the Western Center on Law and Poverty, said thousands of vulnerable Californians could lose their homes starting Friday. Howard is one of the attorneys in two lawsuits brought by a coalition of tenant representatives against the Department of Housing and Community Development after it shut down the application portal.

One lawsuit alleges that the state’s “improper administration” of the rental assistance program “violates tenants’ rights to due process and disproportionately harms tenants based on race, color and national origin, resulting in unnecessary evictions,” while another alleges that the state does not cover the amount of rent arrears that are promised by state laws. The coalition is also looking for records related to the department’s rejection process.

“I wish things had gotten better,” Howard said. “The program was deeply problematic from the start. … This was a huge investment of public funds and it could have made so much more of a difference and reached so many more vulnerable people than it has because of the way it is being managed.”

The lifting of the moratorium marks the end of more than two years of legislative intervention to keep struggling Californians indoors during the pandemic. The moratorium technically ended at the end of September, but landlords could only enforce an eviction if they applied for financial assistance for their tenant.

The state received a total of $5.2 billion in federal funding last year to set up its rent relief program. The Department of Housing and Community Development was responsible for spending about half of this money, while local governments, who chose to set up their own systems, distributed the rest.

But a series of bureaucratic challenges hampered the processing of applications and the state’s ability to quickly disburse relief, and the large number of applicants demanded more money than California received for its program. The state requested an additional $1.9 billion from the US Treasury Department to pay for the additional requests for assistance.

Spokeswoman Alicia Murillo said in an emailed statement that the Housing Authority had “improved and refined the permit review and permitting process.” The agency increased outreach and worked with local organizations to help applicants with outstanding tasks, Murillo said, and modified its application review process to ensure fraudulent submissions don’t receive help.

“Housing Californians has been and remains at the heart of our work on this program,” Murillo said.

Rep. Buffy Wicks, an Oakland Democrat and one of the drafters of the emergency bill extending the moratorium, said she still has concerns about the problems faced by renters but has been assured that “any qualifying request will be funded.” Wicks said California’s general fund could provide another funding option if needed, and local governments could institute their own moratoriums after the state ends.

“I’m concerned about how renters are doing in California, but honestly I was worried before COVID,” Wicks said, adding that lawmakers now need to focus even more on creating more affordable housing and providing access to it to guarantee.

“That makes the broader policy work on housing even more important,” Wicks said.

The Inflation Reduction Act is about to become law. What it will do for Californians