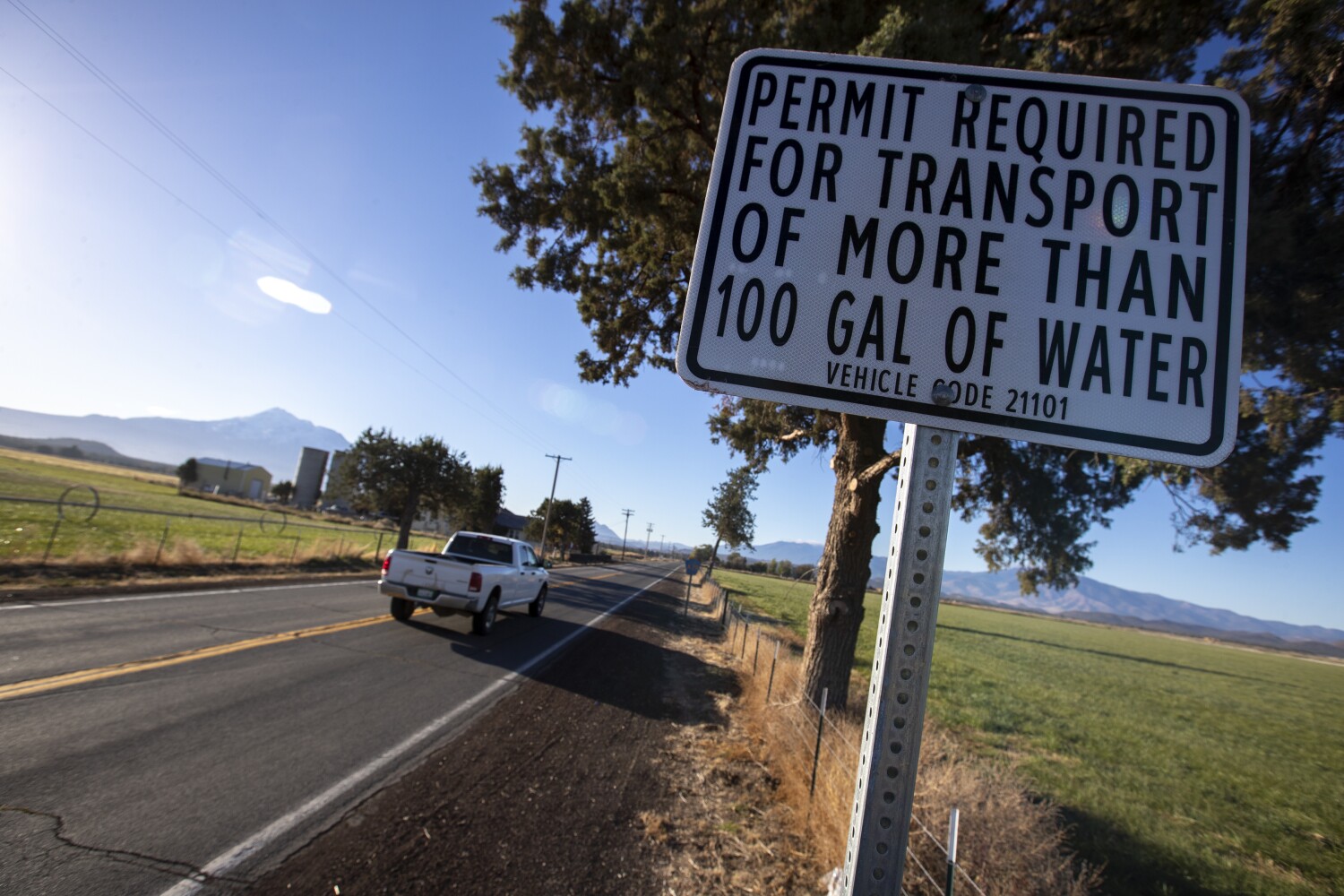 Four Asian American residents have filed a class action lawsuit against Siskiyou County and its sheriff, alleging widespread racism in traffic stops, access to water and enforcement of liens related to cannabis.

In the lawsuit, filed Wednesday in federal court in Sacramento, plaintiffs accuse Sheriff Jeremiah LaRue and other county officials of “an extensive campaign of harassment and intimidation of Hmong and other Asian Americans.”

They also allege that they have been falsely blamed for cannabis-related criminal activity and that officials have “made it difficult or impossible for Asian Americans to live and travel peacefully in Siskiyou County.”

More than 28% of the drivers stopped by Siskiyou County Sheriff’s Deputies in 2021 were Asian American, while Asians make up about 2% of the county’s adult population, the attorneys found.

According to their analysis, Asian American drivers were searched at traffic stops 25 times more often than white drivers.

In a drought-stricken rural area, an ordinance banning the transportation of more than 100 gallons of water without a permit was applied only to roads surrounding Asian-American neighborhoods, the lawsuit said.

The lawsuit also alleges that county officials targeted Asian American residents for liens related to unpaid fines for growing cannabis. According to the lawsuit, more than 80% of the liens were against Asian American homeowners.

A spokesman for the Siskiyou County Sheriff’s Office declined to comment on the lawsuit, citing a lack of resources due to the McKinney fire, which charred more than 50,000 acres and killed at least four people.

The lawsuit is the latest escalation in a longstanding conflict between law enforcement officials and Asian American residents in a tiny corner of mountainous northern California.

MPs claimed the man, Soobleej Kaub Hawj, pointed a gun at her. The killing sparked protests and drew attention to the allegedly unequal enforcement of the Water Transport Ordinance.

In recent years, Hmong Americans and other Asian Americans, including Cambodian, Chinese, and Laotian descent, have moved to Siskiyou County, and many have settled in and around the Shasta Vista subdivision.

Mai Nou Vang, a plaintiff in the lawsuit, is of Hmong descent and owns property in the subdivision. She claims she was unfairly stopped and searched by sheriff’s officers while driving in the area and will likely be targeted again because of her race.

A lien issued by the Siskiyou County Regulatory Agency has reduced the value of their land, impacted their ability to obtain financing and put them at risk of foreclosure, the lawsuit says.

“It had to come to this — you have to sue to fight for fair treatment,” said Mary Chang, a Bay Area resident of Chinese Hmong descent who has followed the unrest on social media and attended demonstrations.

According to the lawsuit, county overseers and sheriff’s officers treat Asian Americans “as unwelcome compared to their white, longer-established neighbors.”

“Like some of their most vocal constituents, they view Asian Americans as a monolithic group, in which every single person is part of a violent drug cartel, and blame Asian Americans in explicitly racist terms for the county’s widespread cannabis cultivation” — despite growing weed has been in the region for decades, the lawsuit alleges.

LaRue, the sheriff, said of Asian Americans in the county, according to the lawsuit, “I just wish they would do a better job … It’s like a third world country out there, and that can’t be right.” Forget cannabis, it’s all about quality of life and how people live out there.”