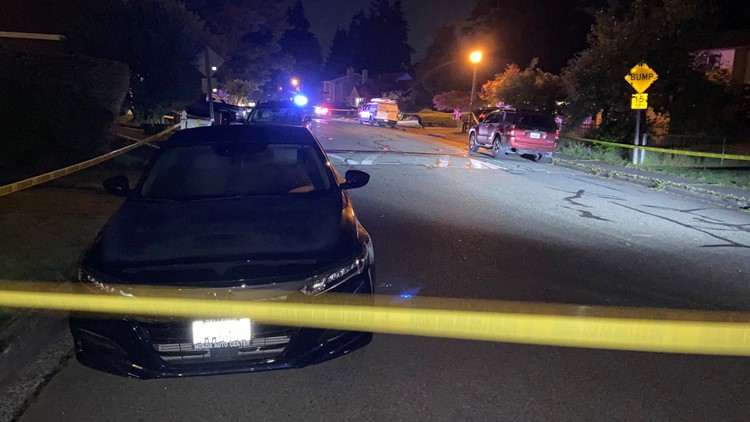 Prosecutors say the suspect fired shots from the car after someone yelled at the car to slow down.

Federal Way, Wash.-A Kent man has been charged in a drive-by shooting that federally injured a teenager on July 4th.

Prosecutors asked that bail remain at $2 million, which was set on Agees’ first appearance because she is “The Danger” that Agee poses when he is released.

The shooting took place in a residential neighborhood when a group of people set off firecrackers around 10 p.m

Agee and two other people were driving through the neighborhood when a witness said someone told the car to slow down because children were present.

Investigators said Agee, who was riding in the back seat of the car, swore to the witness and fired multiple shots out the window.

One of the shots hit the 19-year-old victim in the head, and another round went through a 12-year-old’s bedroom window. According to prosecutors, a number of people were inside the victim’s feet during the shooting.

Officers who were in the area spotted a car matching the description of the suspect vehicle and overtook it. During traffic stops, officers saw a handgun in the back seat.

The driver of the car said while she was driving she heard a woman yell at something and then yelled something back at Agee or the other passenger. The driver said they heard fireworks but no gunshots.

As of Thursday, the victim remained hospitalized at Harborview Medical Center with limited signs of brain function.

Handle the India-U.S. Relationship With Care