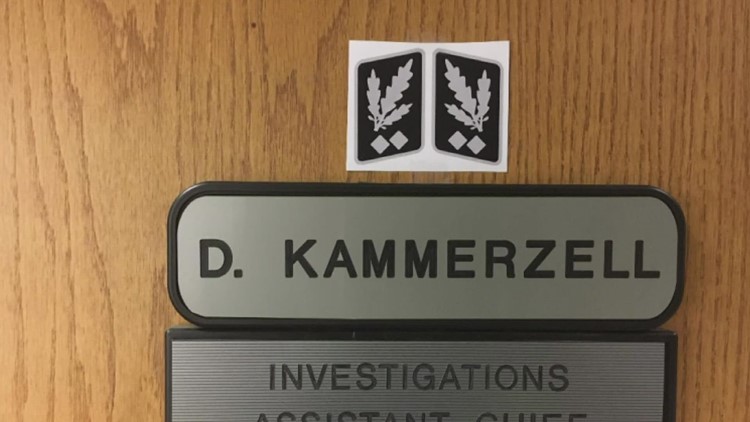 Derek Kammerzell was initially stripped of two weeks’ furlough before public outrage prompted the Mayor of Kent to call for the former deputy chief’s resignation.

Editor’s Note: The above video of Kent leaders working to regain community trust was originally broadcast on January 10, 2022.

The city of Kent announced this week that it has reached an agreement with a former deputy police chief who was fined for putting Nazi insignia on his office door.

Derek Kammerzell was initially given a two-week unpaid suspension while Kent Police conducted investigations before a public outcry led the city’s mayor to call for the deputy chief of police to resign.

An independent investigation found that Kammerzell affixed a Nazi badge to his office door in September 2020. There were further allegations that Kammerzell made jokes about the Holocaust.

“We also took the advice of our outside counsel that there was not enough under Washington state law to terminate him as there was no history of discipline,” Kent Mayor Dana Ralph said in January why Kammerzell was not terminated the department. “We have acted in what we believe to be the most legally justifiable position.”

The city has been actively negotiating with Kammerzell officials since the completion of that investigation in February 2021, and the two sides reached a $1,520,000 settlement this week.

Ralph and Kent Police Chief Rafael Padilla later conceded that they grossly underestimated the backlash that would accompany Kammerzell’s failure to release, and in a video message gave a detailed explanation of why their hands were tied to the to fire the former deputy chief of police.

The city leadership added in the statement about the settlement that they have had active discussions with local Jewish organizations and are committed to “learning and growing from this experience.”

More water limits coming to Southern California. How to conserve

How a 9/11 firefighter’s brother helped homeless vets in L.A.