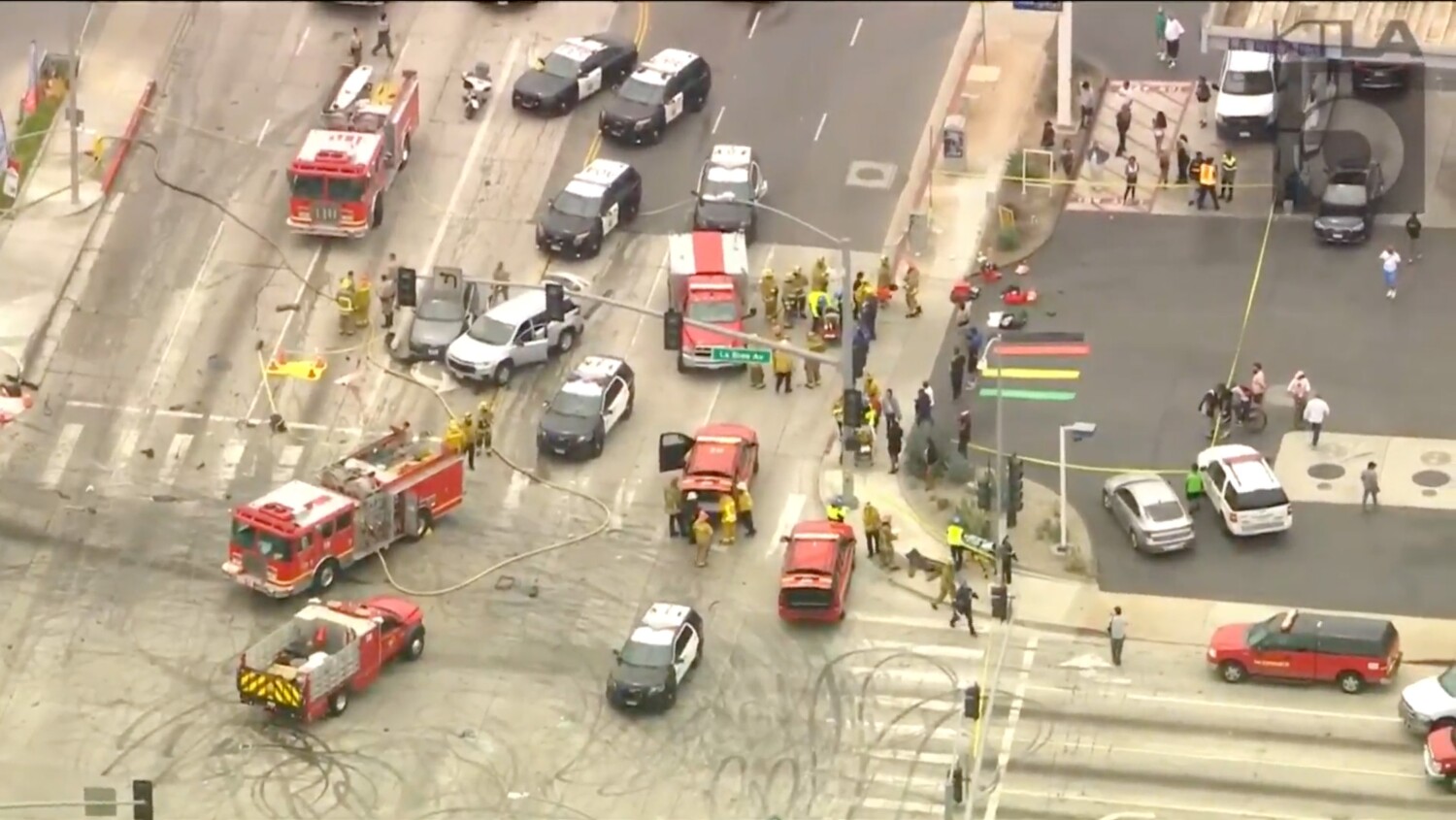 According to authorities and media reports, at least five people died in a violent accident involving several cars in the Windsor Hills neighborhood of Los Angeles on Thursday.

The accident at La Brea and Slauson Avenues was a “multiple casualty incident” with reports of numerous injuries, the Los Angeles County Fire Department said in a tweet. The department responded to the crash just after 1:40 p.m

Six people were killed in the smoky pile-up, the fire department told NBC.

Esteban Benitez, a public information representative for the fire department, told the Times he was aware of five confirmed deaths, one person who was taken to hospital and eight people who suffered minor injuries. He didn’t immediately have additional information.

Footage of the crash shows fire engines at the scene and cars on fire.

Smoke could be seen over LAX.

The cause of the crash was initially unknown.