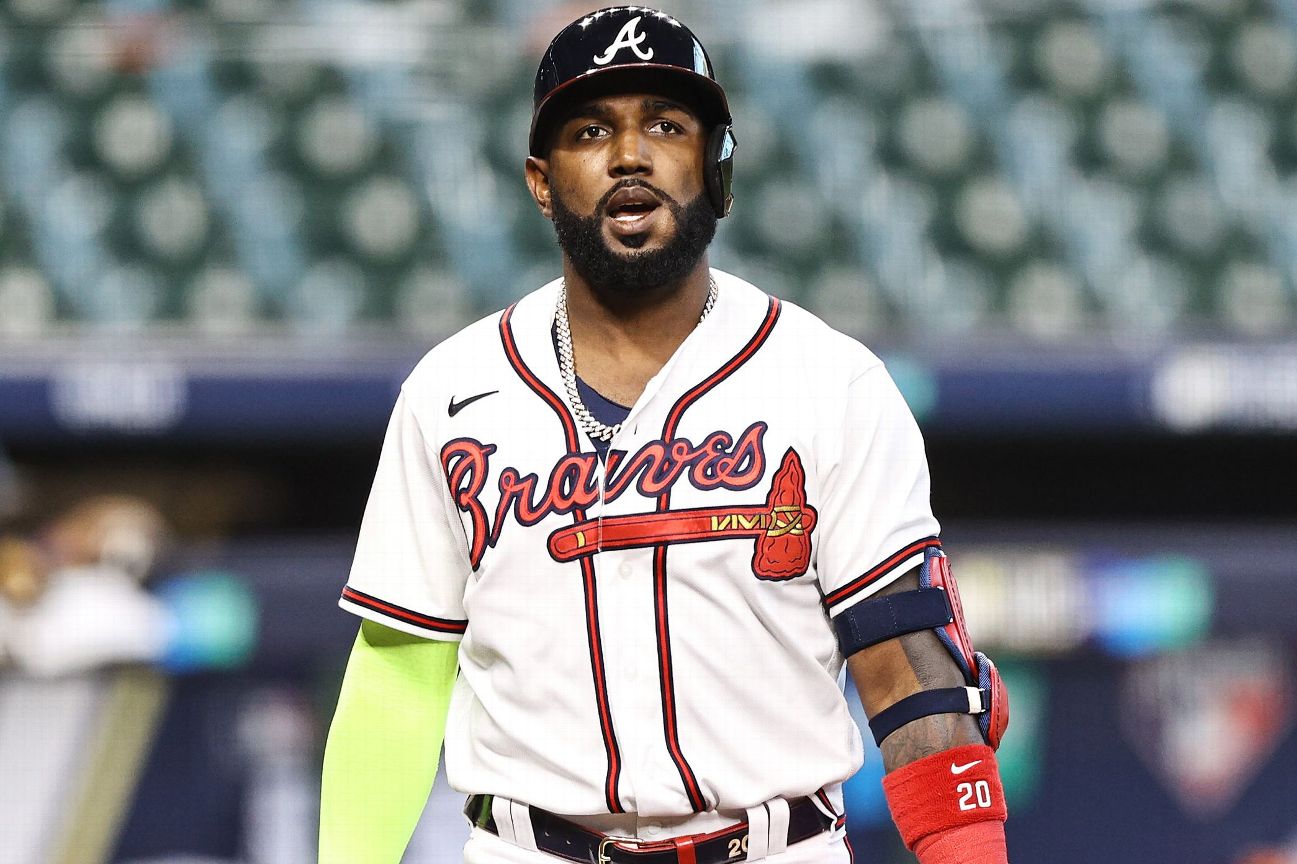 ATLANTA — Braves outfielder Marcell Ozuna was arrested near Atlanta early Friday for driving under the influence.

For Ozuna, it was the second arrest in as many years. He was arrested on May 29, 2021 for aggravated assault by strangulation and battery after police officers said they saw him assault his wife. Those charges were dropped after he completed a pre-trial diversionary program.

Now, Ozuna faces more legal troubles after he was arrested by a Norcross police officer in Metro Atlanta. He was checked into the Gwinnett County Jail around 4:30 a.m. Friday. He was charged with drunk driving and failure to keep track and was released on $1,830 bail.

“The Atlanta Braves are aware of the arrest of Marcell Ozuna this morning and are still gathering full facts on the incident,” the team said in a statement. “Our organization takes these matters very seriously and is clearly disappointed by the situation. As this is a legal matter we will not comment further until the process is complete.”

Ozuna’s status for Friday night’s game against the Houston Astros was unknown.

Ozuna, 31, is in his third season at Atlanta. He is in the second year of a four-year, $65 million contract.

He hit .338 and led the National League with 18 home runs and 56 RBIs in 2020. He has scored under .215 in two straight seasons and this season’s poor production resulted in a reduced playing time even before his new legal troubles struck.

After the 2021 arrest, Ozuna was placed on administrative leave during a Major League Baseball investigation and missed Atlanta’s World Series championship run.

MLB suspended Ozuna for 20 games in November as part of its domestic violence policy, allowing him to return earlier this season.

Ozuna apologized to his teammates and fans at spring training in March.

“My fans, I’m going to give you the best and I’m going to be a better person, and I’m sorry,” Ozuna said at the start of spring training.

He was also ordered to complete a 24-week domestic violence intervention program, at least 200 hours of community service, and an anger management course.