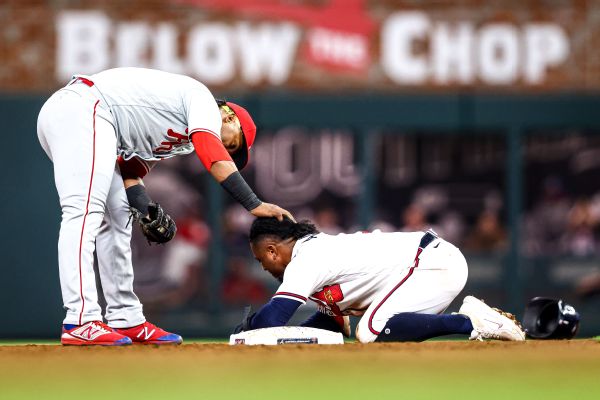 Albies appeared injured when he slipped headfirst into second base in the fourth inning.

The injury occurred a day after he was activated from the 60-day injured list. He had been sidelined for 81 games with a broken left foot, sustained in June after a clumsy swing.

Albies, who has been signed until 2025, led the National League in assists last season and has made two All-Star Game appearances.