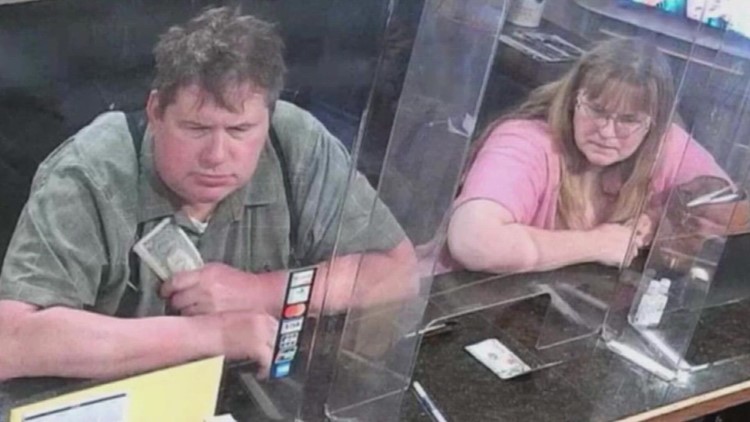 The couple scammed approximately 3,000 of their customers while operating a precious metals business, the Northwest Territorial Mint.

AUBURN, Wash. — An Auburn couple who swindled thousands of people out of more than $30 million were sentenced to jail Monday.

Bernard Ross Hansen was sentenced to 11 years in prison. Diane Renee Erdman received 5 years. A judge ordered both to pay more than $30 million in damages.

Hansen, the former president and CEO of the Northwest Territorial Mint, was convicted of 14 federal felonies, including multiple counts of wire fraud and mail fraud.

Erdmann was convicted of 13 counts of wire transfer fraud and mail fraud.

Prosecutors increased the sentencing recommendations for Hansen and Erdmann to reflect an 11-day manhunt after they failed to appear at their original sentencing hearing.

When the couple were arrested at Port Hadlock on the Olympic Peninsula at the end of the search, the court said they had three loaded guns in their vehicle.

“MS. Erdmann and Mr. Hansen obtained a new vehicle, armed themselves with three loaded rifles, and evaded supervision. Ms. Erdmann’s behavior shows a lack of respect for the court and law enforcement agencies, which she knew were trying would try to find them,” prosecutors wrote. “Recent events have shown that Mr Hansen also poses a threat of violence. When he was arrested by law enforcement in Port Hadlock, he was driving within range of the front seat of his vehicle with three loaded firearms .”

The couple scammed approximately 3,000 of their customers while running a precious metals business, the Northwest Territorial Mint, with offices in Auburn and Federal Way.

According to information from the US District Court in Seattle, the two cheated customers in a variety of ways, including using customer funds to grow the business and pay for personal expenses. New client funds were used to pay off older clients. More than 2,500 paid orders or completed bullion sales or exchanges that were either never fulfilled or never refunded, resulting in a total loss of more than $25 million.

In addition, according to the court, when the company’s vaults were inventoried, all or part of the stored gold bullion was missing for more than 50 customers. The mission bar was worth more than $4.9 million.

How a progressive prosecutor was reelected in moderate suburbs