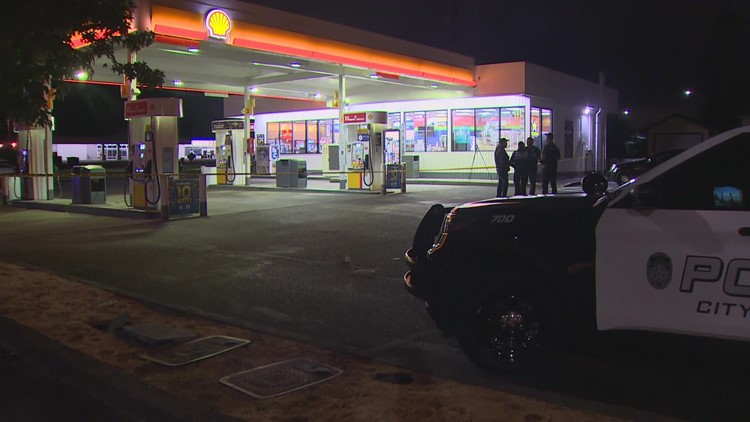 According to the police, the alleged thief died in the parking lot.

A spokesman for the Auburn Police Department said an employee at the Shell gas station at 201 Auburn Way South shot and killed the suspect just after 11:45 p.m. The suspect died in the parking lot, police said.

Investigators found a bullet hole in the window of the gas station, which is closed after the fatal shooting.

Police cleared the scene around 3:30 a.m

The fatal shooting happened at the same Auburn gas station where two teenagers stole from the grocery store after watching the clerk collapse due to a medical emergency.

In the 2018 robbery, officers said the clerk and the teenagers got into an argument over payment for pepperoni sticks. The clerk then suffered a medical emergency and collapsed in the store.

Instead of calling for help, one of the boys got his dollar bill from the unconscious clerk.

Surveillance video showed both teenagers returning to steal from the store, eventually breaking into the register and stealing the money inside while the clerk stayed on the floor. Then the teenagers ran out for the last time.

About three minutes later, police said another person entered the store, saw the clerk and immediately called for help.

Fentanyl-related overdoses in Snohomish County on the rise

A look into the History and the hauntings of Philadelphia Zoo, America’s first Zoo