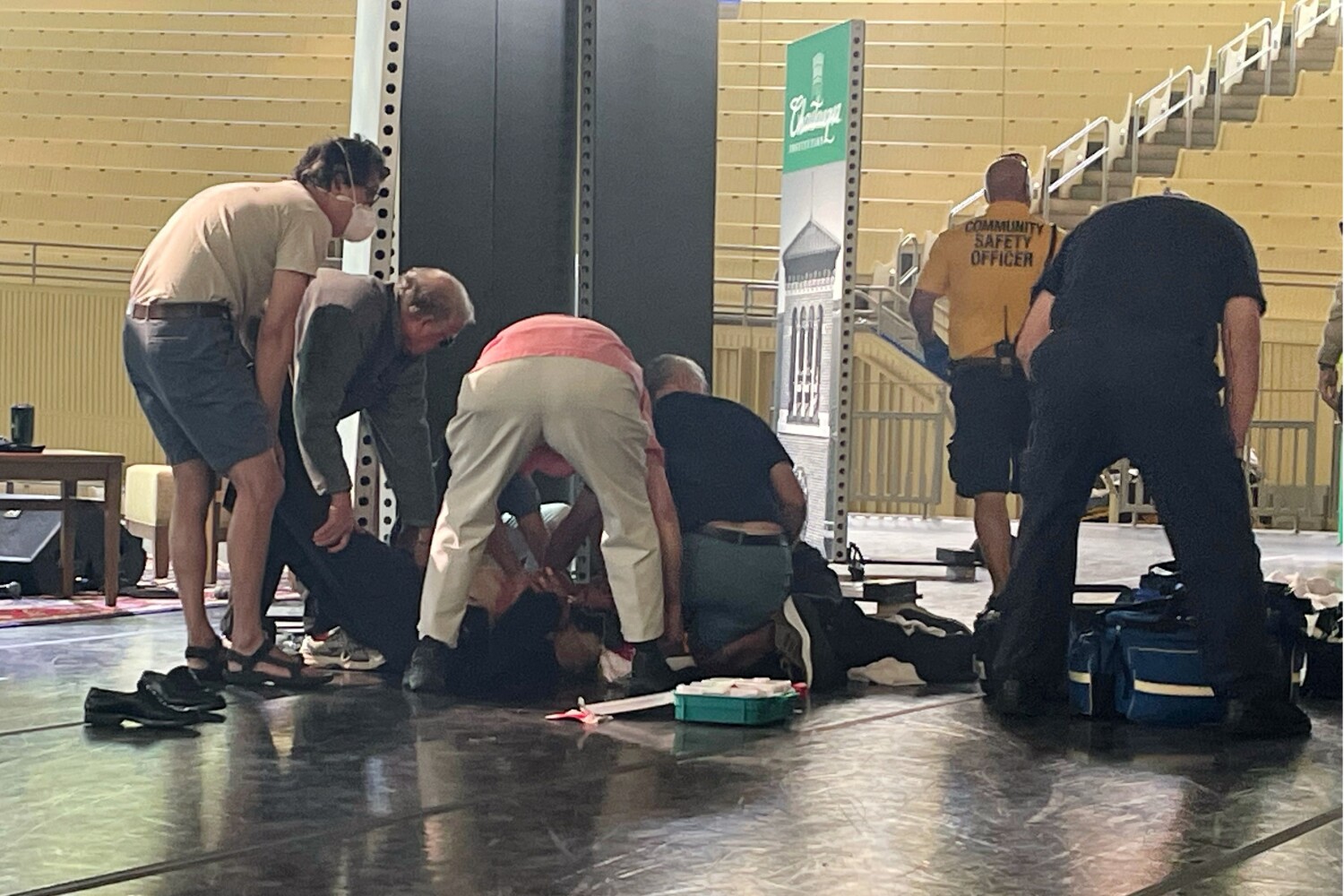 Writer Salman Rushdie, who has been the target of death threats from Iran for years, was stabbed to death at a conference in upstate New York on Friday.

Rushdie, the controversial author whose book The Satanic Verses sent him undercover in fear for his life, was preparing to speak at the Chautauqua Institution when a man stormed onto the stage, attacked him and an interviewer, and began , “to hit or stab”. 75 year old author.

New York State Police said Rushdie was stabbed in the neck with a knife around 11 a.m. and taken by helicopter to a nearby hospital. His condition was not immediately known. Rushdie was at the Chautauqua Institution on Friday to speak with Henry Reese about “the United States as a haven for exiled writers and other artists and as a home for freedom of creative expression,” according to the institution’s website.

Reese, who was also attacked, founded City of Asylum, an organization offering sanctuary to persecuted writers in Pittsburgh.

The suspect who assaulted Rushdie was immediately arrested by a state trooper who was at the scene, police said. New York Gov. Kathy Hochul said they would release more information about the attacker soon.

“He’s alive. He was transported and taken to safety,” Hochul said at a news conference, adding that Chautauqua is a “quiet, rural” community.

She praised a state police officer for saving Rushdie’s life.

“We thought maybe it was part of a ploy to show that there’s still a lot of controversy surrounding this author. But it became clear in a few seconds it wasn’t, she said.

Free speech literary organization PEN America said it was “shaken with shock and horror at the news of a brutal, premeditated attack” against Rushdie, its former president.

Rushdie’s life first came under threat in 1989 when Iran’s Ayatollah Ruhollah Khomeini issued a fatwa against him over The Satanic Verses, a book inspired by the life of the Prophet Mohammed.

The book caused an uproar in many Muslim communities and Khomeini called it blasphemy and said it was “against Islam, the Prophet and the Koran” when ordering Rushdie’s death. He offered a $1 million reward for Rushdie’s killer.

After the fatwa was ordered, the writer went into hiding, moving around constantly, always protected by a bodyguard.

The 1989 fatwa was not an empty threat. In 1991, Hitoshi Igarashi, 44, a Japanese professor who translated The Satanic Verses into Japanese, was found stabbed to death. Nobody was arrested for the murder.

An Italian translator of the book was also attacked in 1991 by an Iranian who repeatedly stabbed him.

The Iranian government announced the repeal of the fatwa in 1998, and Rushdie moved from hiding to New York City.

“The struggle chose me, I didn’t choose it,” Rushdie told the Times in 2012 of the fatwa.

“On the one hand there is almost everything I value most: freedom, art, imaginative freedom, tolerance. And on the other side there is bigotry, intolerance, violence, a kind of religious fascism,” he said.

Over 1M Teslas recalled because windows can pinch fingers