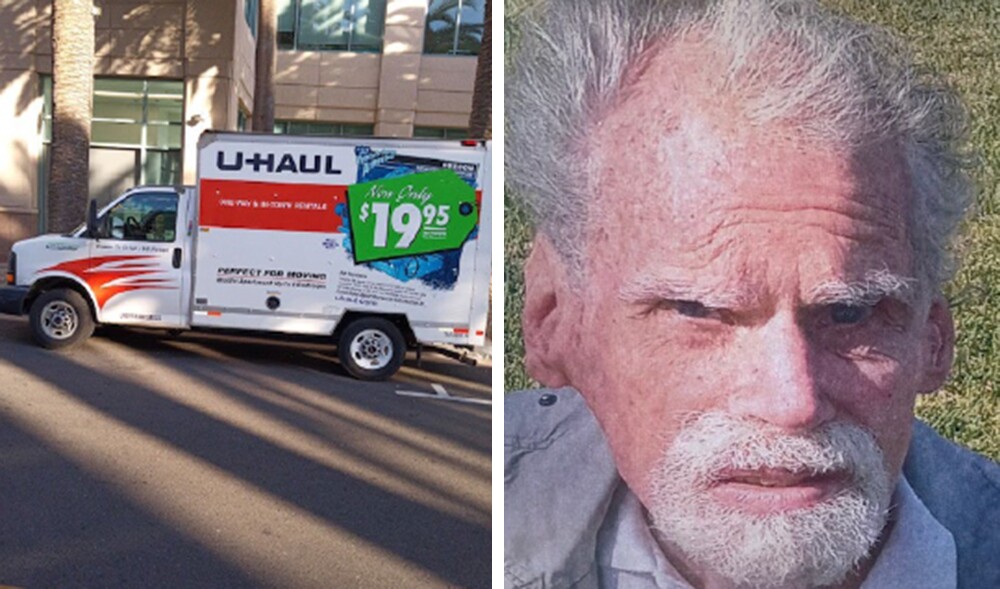 A 63-year-old autistic man who was in a U-Haul panel truck when it was stolen in Anaheim this week has been found in Los Angeles, authorities said.

James Blackwood, 63, and the truck were found early Thursday at the 3000 block of South La Brea Avenue, authorities said. Blackwood had no apparent injuries but was taken to the hospital as a precaution, said Sgt. Jacob Gallacher of the Anaheim Police Department.

Blackwood, who has the mental abilities of a 4-year-old, was reported missing around 2:20 p.m. Wednesday, authorities said.

Anaheim Police said they were originally notified of a stolen vehicle at the 3100 block of West Lincoln Avenue. Officers who arrived at the scene were told by the reporting party that Blackwood was in the vehicle when it was stolen, police said.

The person who stole the truck remains at large.

Anaheim police described the suspect as a thin, white woman with long, straight blonde hair who wore a bandana over her face.

https://www.latimes.com/california/story/2022-06-23/autistic-man-who-was-inside-u-haul-truck-when-it-was-stolen-is-found-in-l-a Autistic man who was inside stolen truck is found in L.A.

Kendrick Lamar Performs From the Front Row at Louis Vuitton

Should I get the Omicron booster now or wait a few weeks?

ISIS Stages a Comeback in Iraq