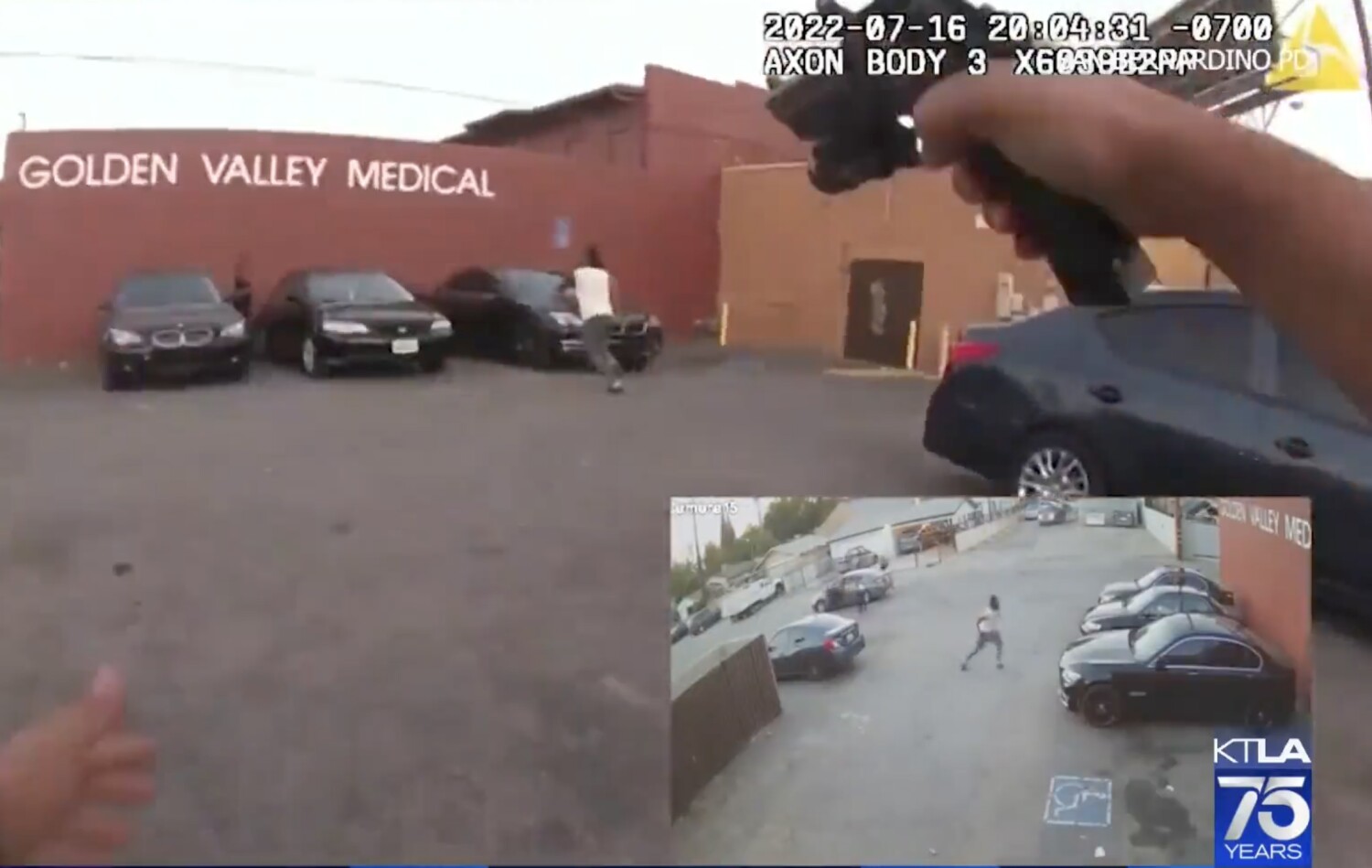 Preliminary results from an independent autopsy indicate a 23-year-old man killed by police in San Bernardino last month was shot seven times in the back.

Robert Adams was shot dead by police on July 16 after a brief altercation in a parking lot in the city of San Bernardino. Footage from a surveillance camera and a police officer’s body camera showed Adams approaching an unmarked police car, then turning and running between two cars parked in front of a medical building before he was shot.

The autopsy diagram shows Adams had a gunshot wound to his back and wounds to his arm, thigh, and ankle. Neither bullet had a front-to-back trajectory, meaning he was shot from behind, said civil rights attorney Benjamin Crump, representing the victim’s family.

“There was no reason for them to shoot this black man who was running from them,” Crump said at a television news conference on Friday.

San Bernardino Police Chief Darren Goodman said in a video statement last month that two uniformed officers in an unmarked car walked to the parking lot behind the West Highland Avenue shops after hearing from “a citizen informant” that there was a black man there was armed with a pistol.

Body camera and surveillance footage released by the department shows Adams reaching into his waistband and holding a black object in his right hand as the unmarked police car pulls into the parking lot.

Adams’ mother said her son was on the phone with her and was holding his cell phone when police arrived.

Goodman said Adams had a gun in his right hand. A loaded 9mm handgun was recovered from the scene, he said.

The officers “gave verbal orders” to Adams as they got out of the car, Goodman said. But the officers’ body cameras didn’t record audio during the interaction, and neither did the nearby surveillance camera.

Adams turns and walks between two cars in the parking lot. Officers say he was looking back at them over his left shoulder, with a gun in his right hand, they said.

Cops thought Adams “intended to use the vehicle as cover to shoot at them” because the cars were parked against a wall and he had nowhere else to go, Goodman said.

Footage from an officer’s body camera shows him shooting at Adams. He died that night at a local hospital.

“I will not see my son walking through that door again,” she continued. “I won’t see his beautiful smile. I will no longer have the love and loyalty he had for his family.”

His family held a funeral for Adams Saturday morning at the Ecclesia Christian Fellowship church in San Beranrdino.