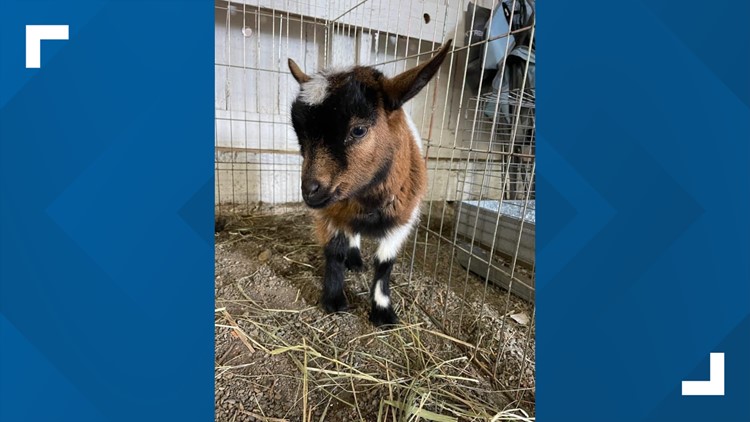 ELMA, Wash. — A 3-month-old goat has gone missing after it was allegedly stolen from the Grays Harbor County Fair in Elma Saturday night.

Penny is a Nigerian pygmy goat that requires special care. She was seen being picked up from the fairgrounds at 6:15 p.m. and sighted a few hours later at a Walmart in Lacey, according to the Grays Harbor County Sheriff’s Office.

Security cameras captured the suspects exiting a Walmart in Lacey. They have not been identified.

What's next for the Sparks' unrestricted free agents?

Argentina’s green bandana makes its way to the United States