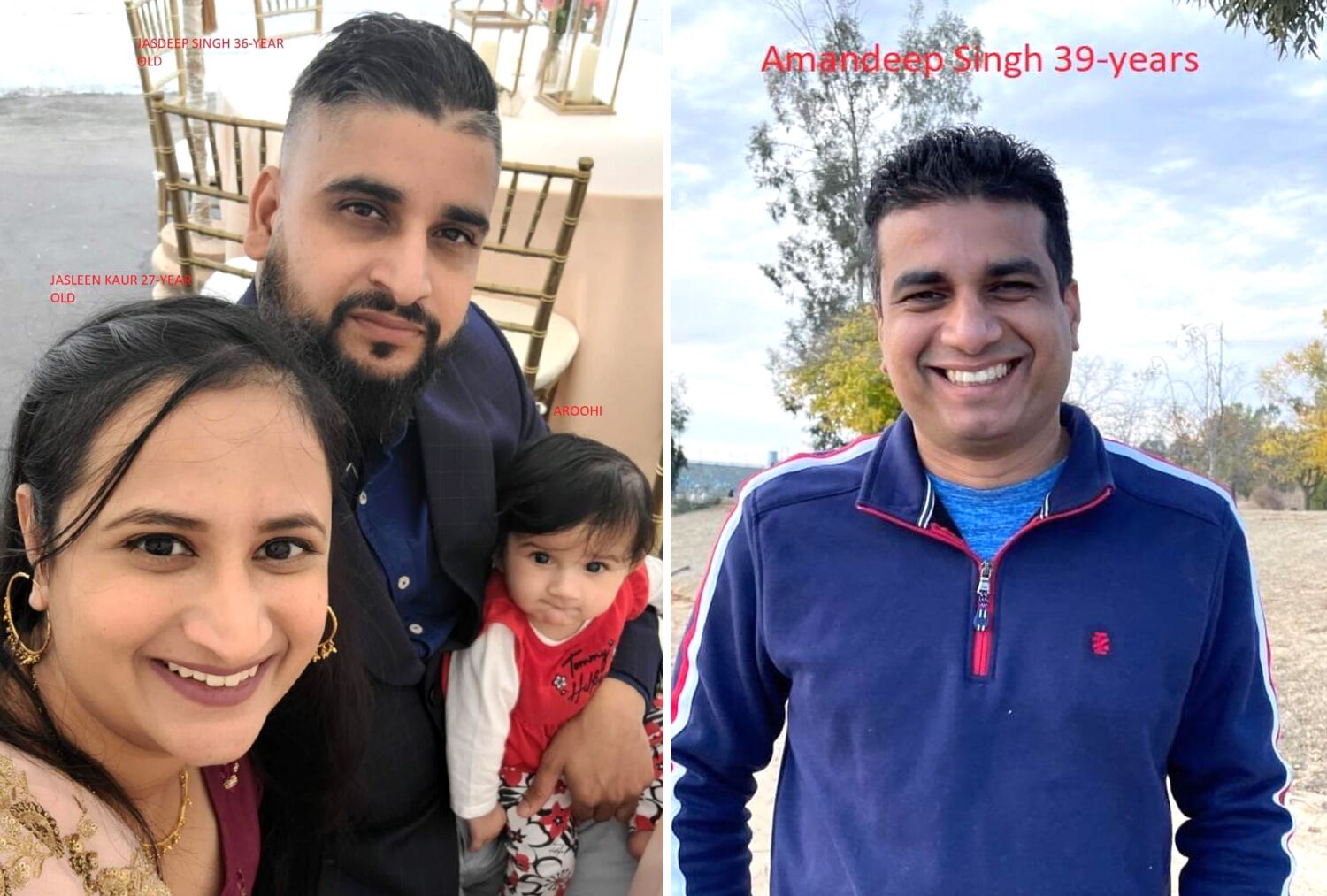 A little girl was abducted Monday along with her mother, father and uncle from a store in Merced, California, authorities said.

An unidentified suspect, believed to be armed and dangerous, kidnapped 8-month-old Aroohi Dheri; her mother, Jasleen Kaur, 27; her father, Jasdeep Singh, 36; and her uncle Amandeep Singh, 39, of a store on South Highway 59, according to the Merced County Sheriff’s Office. Authorities said they are still trying to determine a motive.

“We have low lives out here,” Merced County Sheriff Vern Warnke said in a video asking for the public’s help. “We have no idea why the kidnapping, we have no motivation behind it. All we know is that they’re gone.”

Warnke said the suspect made no ransom demands or attempted to contact law enforcement.

While the Sheriff’s Office only described one suspect, Warnke mentioned in the video that other people may be involved in the kidnapping.

“We have evidence that the people involved destroyed evidence to cover their tracks,” he said. “We need to get this family home safely.”

The sheriff’s office released two photos of the suspect on Tuesday. The man, who is described as having a shaved head, was last seen wearing a hoodie and a blue surgical mask.

'All of us are still friends': 'The Love Boat' cast sails on

Where to watch Phillies playoff game: First postseason game for Philadelphia in 11 years to air on 6abc, WPVI-TV