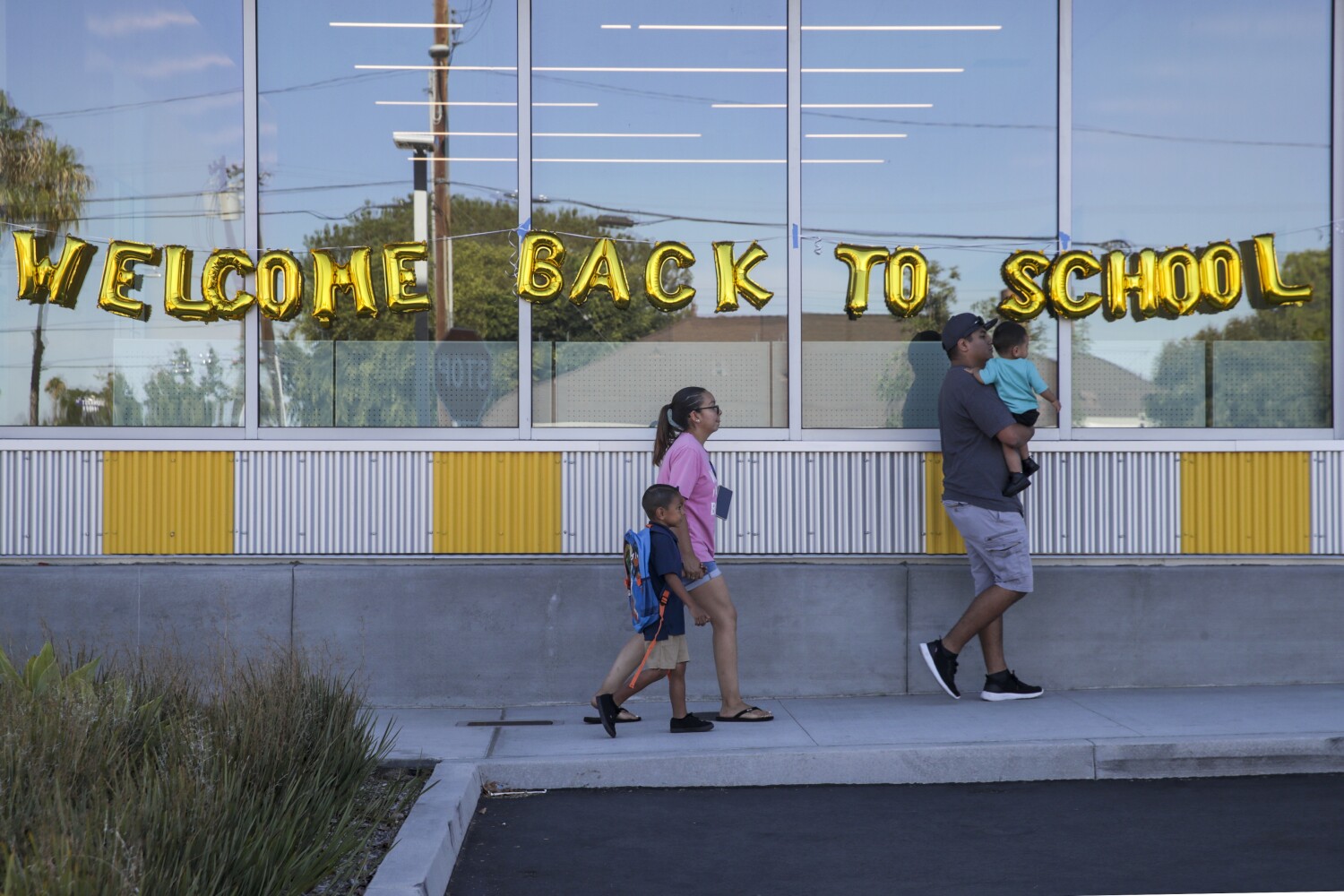 With many Los Angeles County students returning to school this week and thousands of young people returning to California universities this month and next, there is growing concern about the potential for monkeypox outbreaks in the academic and community communities.

However, public health experts continue to reassure parents and families that the risk of the rare disease remains low for most people, particularly in clothed, mostly distanced settings such as schools.

“I would like to emphasize that the risk of monkeypox in the general population remains low,” said Dr. Rita Singhal, Chief Medical Officer of the Los Angeles Department of Health. “Brief interactions, such as casual conversation or walking past someone with monkeypox, pose a low risk.

“The risk of spread is minimal when fully clothed when attending an event, traveling with others on an airplane or public transportation, swimming in a pool, hot tub or body of water, or visiting a public facility such as a grocery store, restaurant, or going to school “, she said.

However, at least two cases of monkeypox in children have been confirmed in LA County, the first of which was reported earlier this month in Long Beach. Officials said this case was linked to another household member and the child has since recovered.

Details of the other juvenile case Singhal announced Thursday, including the child’s age and the extent of the illness, were not immediately released.

While cases in children remain rare, monkeypox infections among adults in LA County continue to rise, rising by 250 to nearly 800 confirmed or suspected cases in the last week, according to health department data. The vast majority of cases involved males aged 20 to 49 who identify as part of the LGBTQ community, according to county data. These demographics are consistent with the global outbreak of monkeypox, which primarily infects men who have sex with men, as well as transgender and nonbinary people who have sex with men.

However, the disease can spread to anyone through close skin contact, regardless of gender or sexual identity. The virus can also be spread through bedding or towels that have touched an infectious skin lesion or smallpox.

Unlike the coronavirus, monkeypox is believed not to be airborne and rarely fatal. No one in the US has died from the monkeypox virus, although some people have been hospitalized, including at least 15 people in LA County, health officials said.

“Monkeypox is a public health concern, but we need to make it clear that monkeypox is not COVID-19; It’s not as easily transmitted as COVID-19,” said Dr. Smita Malhotra, Los Angeles Unified School District medical director.

She said county schools are following the county public health department’s recommendations on monkeypox, which includes taking precautions when someone might be sick or exposed and monitoring for possible symptoms.

“The most important message we send to everyone is, if your child is sick, keep them at home,” Malhotra said. “Have them checked by their healthcare provider and that’s our best prevention against transmission in schools.”

Barbara Ferrer, director of the county’s public health department, said parents should monitor any new rash but said “the risk of monkeypox in children is extremely low at this time.”

“There are many common skin rashes in children,” she said. However, parents should contact their child’s pediatrician or healthcare provider if a new unexplained rash develops. The child [should] staying at home and covering the rash until the doctor is consulted.”

LAUSD support Alberto Carvalho said the district was prepared with additional protective gear, including masks and gloves if necessary.

“We continue to emphasize the importance of washing hands and maintaining social distancing. [and] We are not decreasing the availability of hand sanitizer,” said Carvalho. “These are all protective measures that will continue to apply in our schools.”

On college campuses, including UCLA and USC, officials have been sending out updated monkeypox guidance and information as students prepare to return, alerting them to the risk of the virus, its symptoms and available resources.

Monkeypox vaccines remain in limited supply and are available to a limited group of people who health officials say are most at risk. UCLA said it is working with the county health department to vaccinate and test eligible high-risk populations and is also developing “isolation protocols for students who contract monkeypox.”

https://www.latimes.com/california/story/2022-08-15/back-to-school-should-monkeypox-concern-students-staff Back to school: Should monkeypox concern students, staff?

How a real-life murder-mystery helped shape 'Only Murders'

A guide to separating monkeypox facts from fiction