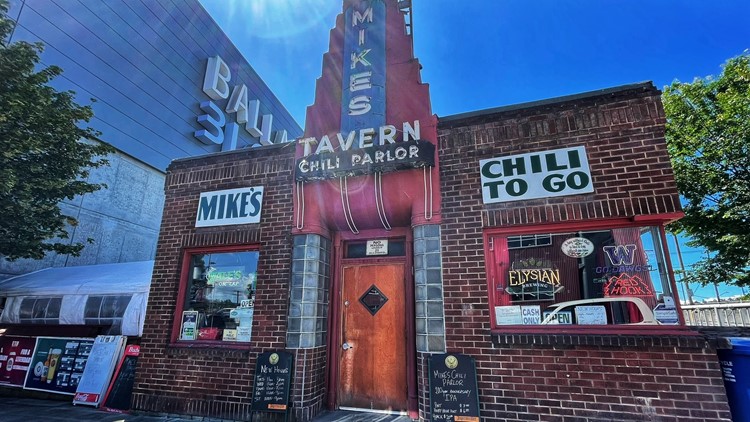 SEATTLE – Restaurants come and go. So it’s a feat that few have equaled to make it 100 years old, especially when this place is dedicated to a specific item: chili. Mike’s Chili Parlor in Ballard is celebrating its 100th anniversary with Seattle’s most famous chili. They began selling chili to local fishermen and woodworkers in 1922 with one cart. In 1939 they moved to their current location.

“The recipe for our chili has not changed in the last century. It was passed down from my great-grandfather to my grandfather, my father and me, and it wasn’t written down anywhere, it was passed down orally,” said Mike Semandiris, fourth-generation owner of Mike’s Chili.

“Basically, our chili is a meat sauce. It’s meat, spices, garlic and onions. It’s really almost easy. And we serve it over pasta or beans, fries and so on,” Semandiris said.

As good as the chili is, there’s something about eating it in their historic building that makes it taste even better after Mike’s mussels.

“This building has its own heartbeat. And I have a feeling if you eat it here it tastes better than if you just eat it outside. Because there is something about being in this small atmosphere, the people, the heartbeat of this building that has been here for so long.”

Recently they added space behind the tavern they name Chili bowl where guests can listen to live music, drink, play games and of course eat chili. There will be events throughout the year on her 100th birthday.

Why Do We Still Love Universal Monsters?