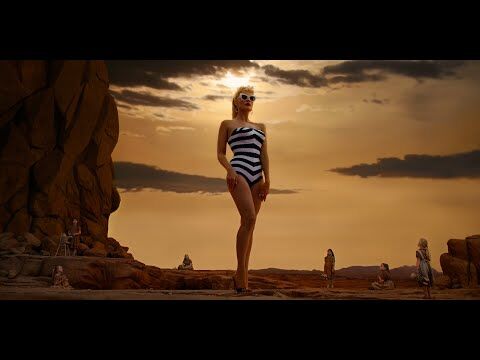 The first “Barbie” teaser trailer is here to disrupt our expectations of a toy-based movie – much like how Barbie appears to have disrupted the baby doll industry.

In a little over a minute, Warner Bros.’ teasing introduces the audience to Margot Robbie’s incarnation of the famous Mattel doll with her towering figure, winning smile and knowing wink.

The teaser takes a page from Stanley Kubrick’s 2001: A Space Odyssey and opens with the iconic soundtrack of the 1968 film and a scorched-earth world of young girls playing with old-fashioned baby dolls. That is, until Margot emerges as the swimsuit-clad monumental fashion doll in all her sculpted glory.

After that we get a glimpse of the very pink film world built by director and co-writer Greta Gerwig, with glimpses of the star-studded cast in action – and possible musical numbers – including Ryan Gosling as Barbie’s longtime beau Ken, pink jumpsuit-wearing Issa Rae and a twist Dance Simu Liu.

Armed robbery caught on camera at 76 gas station in Tukwila