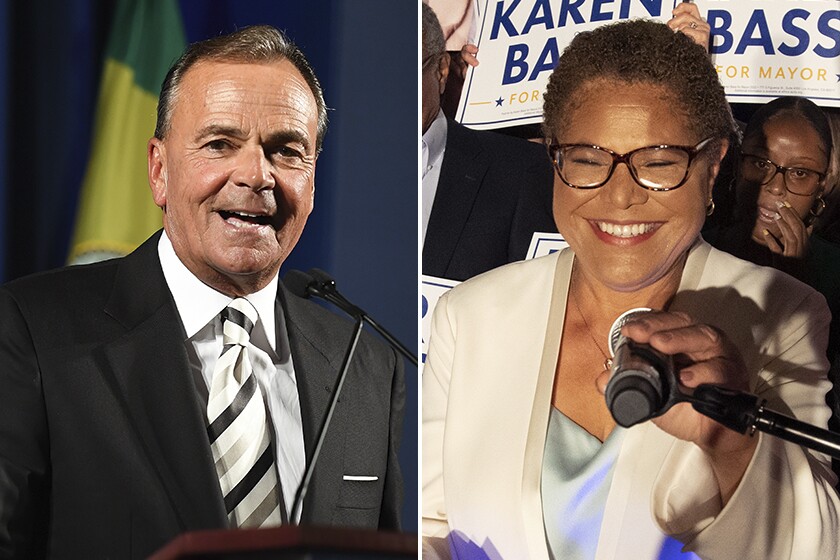 Rep. Karen Bass has extended her lead to more than six percentage points over developer Rick Caruso in the Los Angeles mayoral race, according to results released Friday by the county’s office of registrar-recorder.

Bass has 42.9% versus Caruso’s 36.3%, with a vote margin of more than 40,000, the results show. Caruso initially led Bass by five percentage points shortly after Election Day.

Most election ballots will be tallied by Tuesday, when the next update is made, Registrar-Recorder spokesman Michael Sanchez said.

Regardless of the final record, Bass and Caruso are guaranteed spots in the November 8th runoff as they are the top two finishers and neither will get more than 50% plus any of the votes cast.

Many LA County voters used absentee ballots and waited to either mail them in or drop them off at polling stations or dropboxes, Sanchez said. The election results are expected to be confirmed by July 1st.

The election was the first at City Hall since new legislation was enacted to ensure every voter receives a ballot, a process aimed at attracting more voters and focusing less on a single day of in-person voting.

More than 84% of voters who cast their ballots in the June 7 election used mail-in ballots, according to the county.

How 'Good Luck to You, Leo Grande' sex scenes were filmed