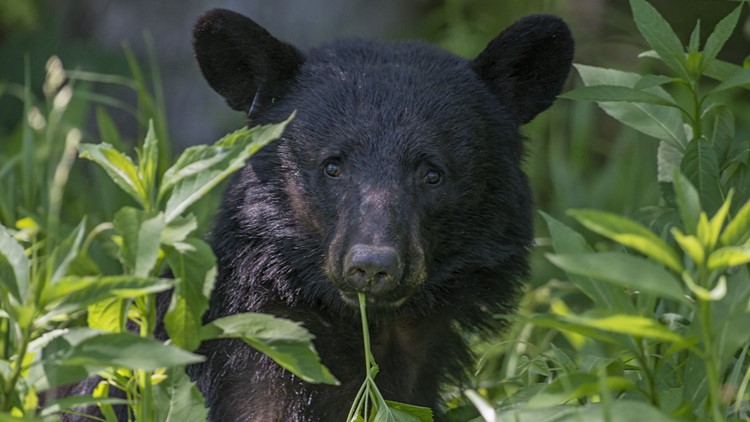 A family trip turned scary when a black bear became interested in the hikers.

WHISTLER, BC – It’s not every day you come face to face with a bear and live to tell the story.

But that’s exactly what happened to an American family hiking a trail in Whistler, Canada.

In a video uploaded to Instagram, Brighton Peachy – a former healthcare worker turned outdoor lifestyle influencer – shared the moments when a black bear started, with her husband Michael Hofer and their three children, aged between one and six to follow.

“Ok, he’s following you baby,” Peachy is heard saying to Hofer while carrying one of his children in a backpack and holding another’s hand as the bear slowly approaches from behind. Peachy then starts yelling loudly to scare the curious animal away.

To no avail and the bear approaches, Hofer appears to throw a shoe at the animal while Peachy calms the children and tells them not to run. At one point, one of the children, who seems unimpressed by the situation, asks, “Can we play dead yet?”

The following video contains language that some viewers may find offensive:

Peachy wrote in the comments that the bear followed them for over half a mile before losing interest and scurrying away. The family of five eventually met another group of hikers who decided to return together if the bear decided to reappear.

“We later learned that they had to close this area several times due to the increasingly aggressive behavior of this bear,” she wrote. “The bear wasn’t intimidated by us at all, it just kept following us.”

Peachy also shared some tips for her followers to prevent a bear attack. Some of these are: storing all food and scented products like lotion properly and always hiking in groups and making lots of noise throughout the hike to discourage bears from approaching.

Should a bear approach, Peachy said it’s important never to approach the bear or make sudden movements and to use bear repellents if available. She added to try to make yourself as big as possible so the bear knows you’re human and “not dinner.”

If a bear attacks, she said to follow her child’s advice and play dead, covering her head and neck.

Trump’s circle urged him to stop violence at Capitol on Jan. 6