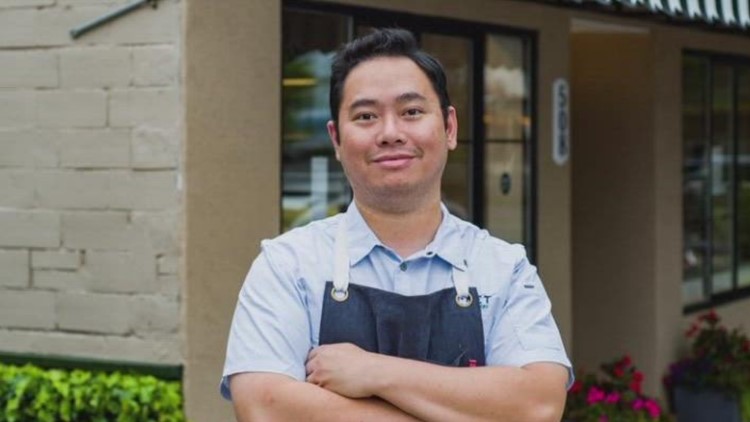 Hans Korompis disappeared while diving with a friend in Mukilteo last week.

EDMONDS, Wash. — The kitchen was quiet at the Market Fishmonger & Eatery in Edmonds on Monday as news that beloved chef Hans Korompis is missing and presumed dead hung heavy in the air.

Last week Hans was diving with a friend off the coast of Mukilteo when he was apparently caught and swept away by a deep current.

“Hans left a big, empty void in our hearts and we will probably stay that way forever,” said restaurant owner Shubert Ho.

Rescue teams searched for two full days but still could not find his body.

“I was absolutely devastated and sad,” Ho said. “I hoped for the best that they would find him.”

Ho said he built the entire restaurant and menu around Hans’ specific talents.

Korompis lived with his two brothers and his parents, whom he supported, in a multi-generational household.

He helped them buy the house they all shared.

“He embodied the success of the Asian-American immigrant dream,” Ho said. “He came from Singapore with his family. He’s worked his way up and is basically someone we’ve put in charge of an entire brand. He was very special.”

At just 32 years old, Hans still had so many plans.

Highly respected in western Washington’s culinary community, Ho said Korompis’ food is great, but his heart is even bigger.

His friends and family are left with a loss that they will grieve for the rest of their lives.

“They’ve never been through this before and to be honest, neither have I,” Ho said. “So we’re all navigating together and helping each other.”

A GoFundMe has been set up for the Korompis family.