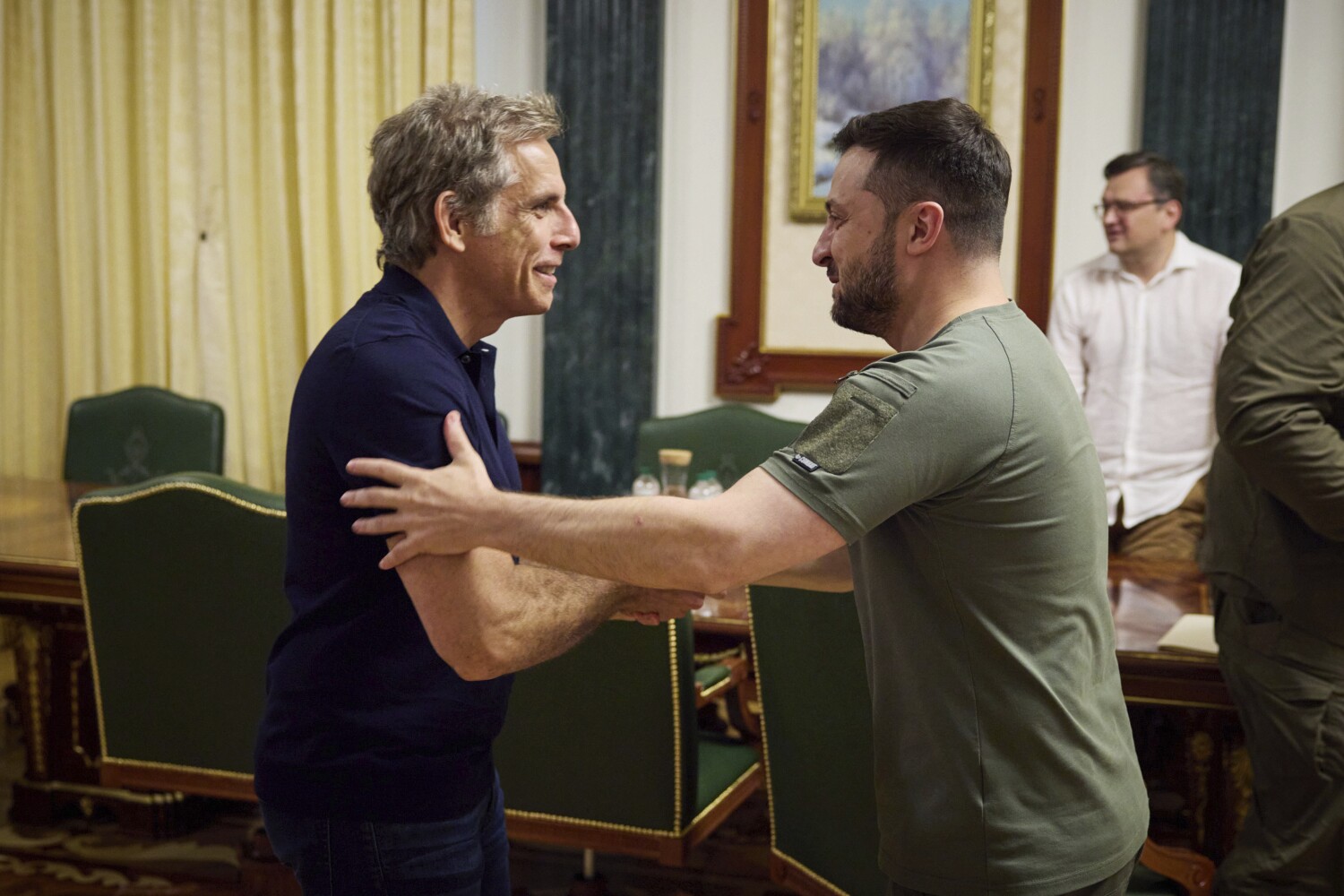 Ben Stiller is still processing the devastation he witnessed during a meeting with President Volodymyr Zelenskyy during a visit to Kyiv, Ukraine this week.

In a Tuesday interview with BBC Breakfast, the actor-director looked back solemnly on his trip to the beleaguered nation that has been under Russian attack since February. Stiller spoke to Zelenskyy on Monday after spending time with survivors living in occupied settlements in the Kyiv region.

Stiller, an ambassador for the United Nations High Commissioner for Refugees, told the morning program that he had never set foot in “a conflict zone” before his visit to Ukraine.

“It’s really strange because when you go to the… west of the country you don’t feel the conflict, except for the night curfew when it gets very quiet and a little bit spooky,” he said.

“And then as you get closer and closer to Kyiv…you start to see the roadblocks and the destruction, which is really shocking when you’ve never seen anything like it up close.”

During his date with Zelenskyy, Stiller hailed the Ukrainian leader as his “hero” and praised his “great acting career”. (Before taking office in real life, Zelenskyy portrayed, among other things, a fictional president of Ukraine on television).

“Not as great as yours,” Zelensky quipped, to which Stiller laughed and replied, “No, but pretty great.”

“What you have done and how you have brought your country and the world together is truly inspiring,” he told Zelensky.

Speaking on Tuesday’s BBC Breakfast, Stiller said his first thought upon seeing the wreck in Ukraine was, “It looks like something out of a movie,” but “the scale is even bigger and it’s real, this is really disturbing.

“What gets me is that it’s just people like you and me who have gotten themselves into a circumstance that is completely out of their control.

“Nobody wants to flee their homeland. No one wants to go out into the world and have to start over or even try to find a way to survive.”

The ‘Night at the Museum’ and ‘Zoolander’ star also recounted a conversation he had with a Ukrainian mother of young twins who was forced to leave her family home amid rocket attacks.

“They went into the basement and had to wait for the sound of the rockets to stop… and then didn’t even know where to go to safety,” he said.

“You’re just trying to put yourself in this situation, [and] Think, ‘What would happen if a rocket went past my apartment?’”

How many episodes does the Netflix series have?