The bike path is left to the 10 boys he coaches and mentores as part of the Temple University Urban Bike Club, which began last year reaching out to boys ages 10 to 14 living in North Philadelphia.

“My team and I came up with the idea of ​​creating something for the kids in the community,” Wimberly said.

The outreach was not an instant success as some of the neighborhood kids had never heard of such a club with the big goal of cycling miles. 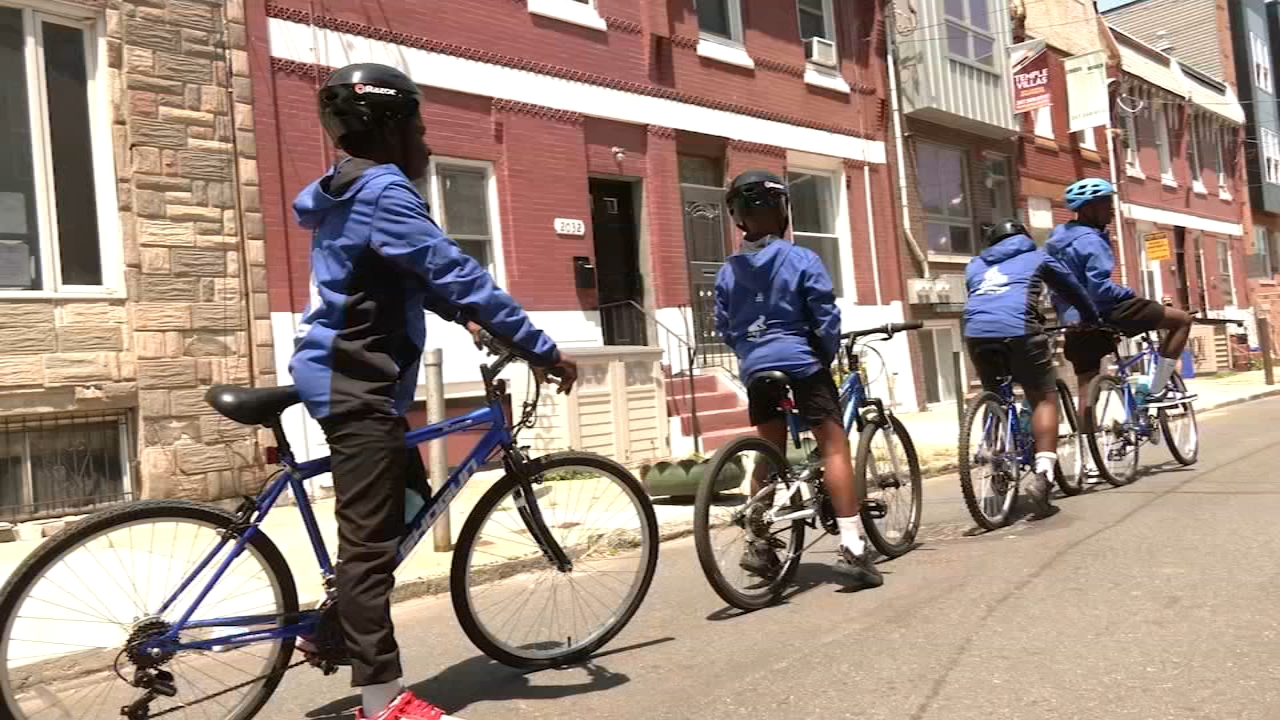 “I don’t think they believed us at first. They didn’t understand exactly what was going to happen,” said Monica Hankins, director of external relations for the Temple University Police Department.

The children admit that it was difficult to sell.

“At first I didn’t know if I would like to do as many kilometers as everyone else,” said 11-year-old Maurice Coles.

“I didn’t want to do it at first because I didn’t feel like riding a bike,” said 11-year-old Syncere Henderson.

But as soon as they got on the bikes, everything changed

“I like when we ride bikes when the wind is in my face, it feels good,” Henderson said of the simple pleasure of a bike ride.

This feeling was made possible by the Families Behind the Badge Children’s Foundation. The nonprofit organization focuses on supporting the families of fallen first responders. They also strive to build stronger relationships between youth and the police force.

Families Behind the Badge Children’s Foundation donated all 10 bikes for the boys. They assembled them together with their mentors and professional bike supervisors. The boys now train on these bikes, which they get to keep. You will learn everything from maintenance to safe driving techniques.

“They taught us how to tell people that you’re going to turn left and right,” said 13-year-old Symeer Zeigler.

But the program isn’t just about riding, it’s about relationships.

“They know we’re a safe haven for them,” Wimberly said of temple officials’ relationships with children in the program.

The boys work alongside the temple officials as they train for their biggest challenge yet: the Ben to the Shore Bike Tour. The temple officials usually take part in the 65-mile ride. This year they are bringing the boys as part of the team to compete in a 30 mile ride. They raise money for Families Behind the Badge.

“We start in Hamilton, New Jersey and end in Atlantic City,” Hankins said.

“I feel like we’ve trained enough. I think it will be easy for us,” said 13-year-old Quadir Staton confidently.

It’s the kind of confidence they learned in the program.

“(We learned about) choices and opportunities,” said 11-year-old Symier Jarmon. “Like basically making decisions about your life.”

The Families Behind the Badge Children’s Foundation still registers people who ride in the Ben to the Shore Tour along with the Temple University Police Urban Bike Club. To sign up or support the team, click here: