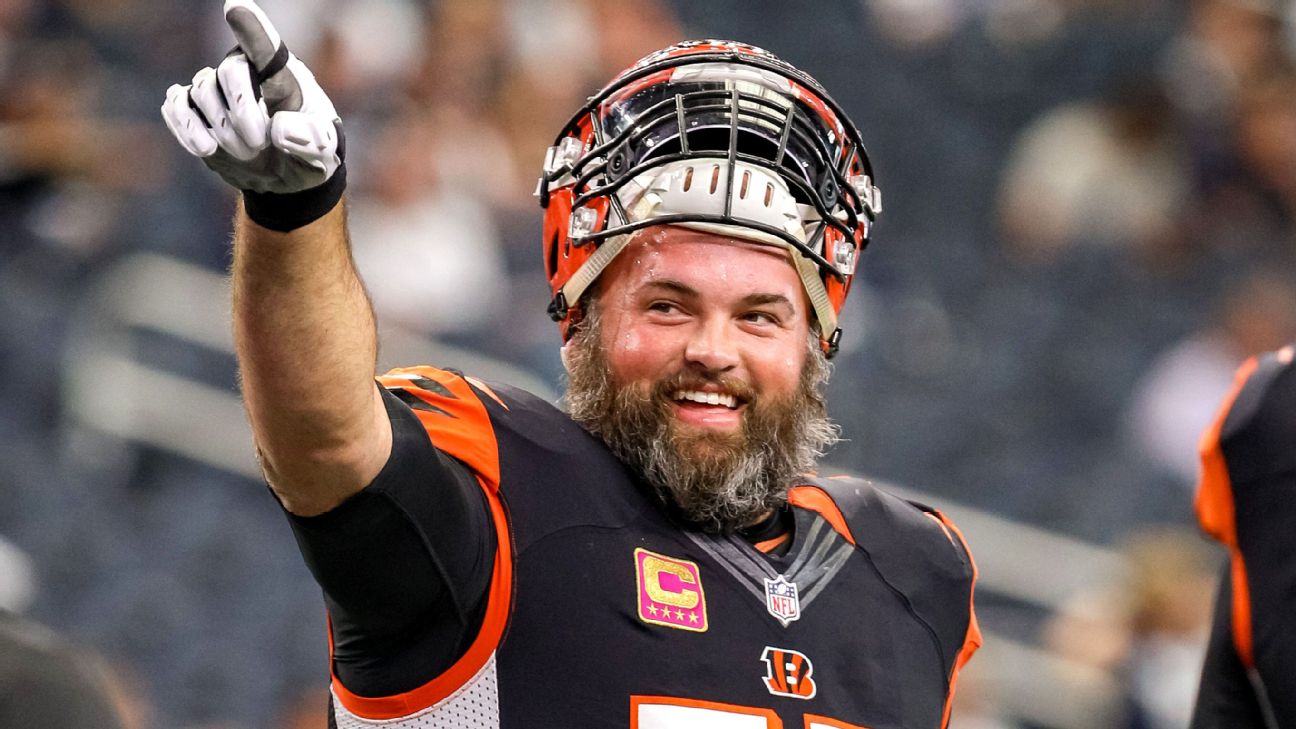 Cincinnati coach Zac Taylor chuckled at the idea of ​​luring Whitworth, who retired after last season, off the airwaves to fill the Bengals’ void in proper tackles. In so many words, Taylor pretty much ruled out Whitworth as a possibility.

“We have good people in the building that we trust,” Taylor said with a smile.

Taylor said La’el Collins, who starts with a right tackle, is likely out for the season after injuring his left knee in the team’s win against the New England Patriots on Saturday. Taylor said the team is still gathering more information but is “not optimistic” that Collins could return.

In a podcast released Tuesday, Whitworth said that whenever an offensive lineman is injured, his Twitter notifications are busy. That was especially true when Collins suffered his injury.

Whitworth retired earlier this year after helping the Los Angeles Rams beat the Bengals in Super Bowl LVI. The 41-year-old ended a 16-year career that included two All-Pro selections, four Pro Bowl nominations and the 2021 Walter Payton Man of the Year award. After the Bengals drafted Whitworth in 2006, he played left tackle for Cincinnati for the next 11 seasons before ending his career with a five-year stint with the Rams. Since retiring, Whitworth has been part of Amazon Prime Video’s NFL coverage, which debuted this season.

Speaking on The Season with Peter Schrager podcast, Whitworth said he never ruled out a return.

“I think to myself for who I am, I’ve said this since the day I retired, I’ll never say never,” Whitworth said. “There is always a chance. i love adventure I love taking risks.”

However, he noted that he has spent most of his career as a left tackle and that the transition to right tackle is difficult. Whitworth added that any decision to return would not be about besmirching his legacy but rather about not letting down future teammates.

“I wouldn’t want to go in there and screw up their chances without really knowing what I’m capable of,” Whitworth said, citing Cincinnati’s postseason opportunities.

Third-year player Hakeem Adeniji is set to replace Collins for the remainder of the season. Adeniji, who finished college playing left tackle in Kansas, has experience on both sides of the line of scrimmage. As a rookie, he made three starts in left tackle and one in right tackle. Last season, Adeniji started at right guard in the last nine games, including Super Bowl LVI.

“Last year it was kind of a new addition,” Adeniji told reporters on Tuesday. “It’s kind of more natural to play tackle. With this full camp and early season I definitely feel a lot better compared to last year.”

Taylor would not make any statements about the position for the team’s upcoming game against the Buffalo Bills on Monday Night Football. He said that when the Cincinnati scouting department comes up with potential options for new players, he will consider them.

However, the fourth-year coach reiterated confidence in those already in the squad.

“We have people here who are developing, working in our system, who we have a high level of trust in, who can help us do the things that we need to do this year,” Taylor said.

In other injury news, the Bengals could have Hayden Hurst for the Bills showdown. Hurst has missed the last three games with a right calf injury. He was demoted to Out as a precaution for the team’s Week 16 win over the Patriots, Taylor said.

“I thought if we could give him another nine days he would be in great shape this week,” Taylor said. “So very optimistic about him.”