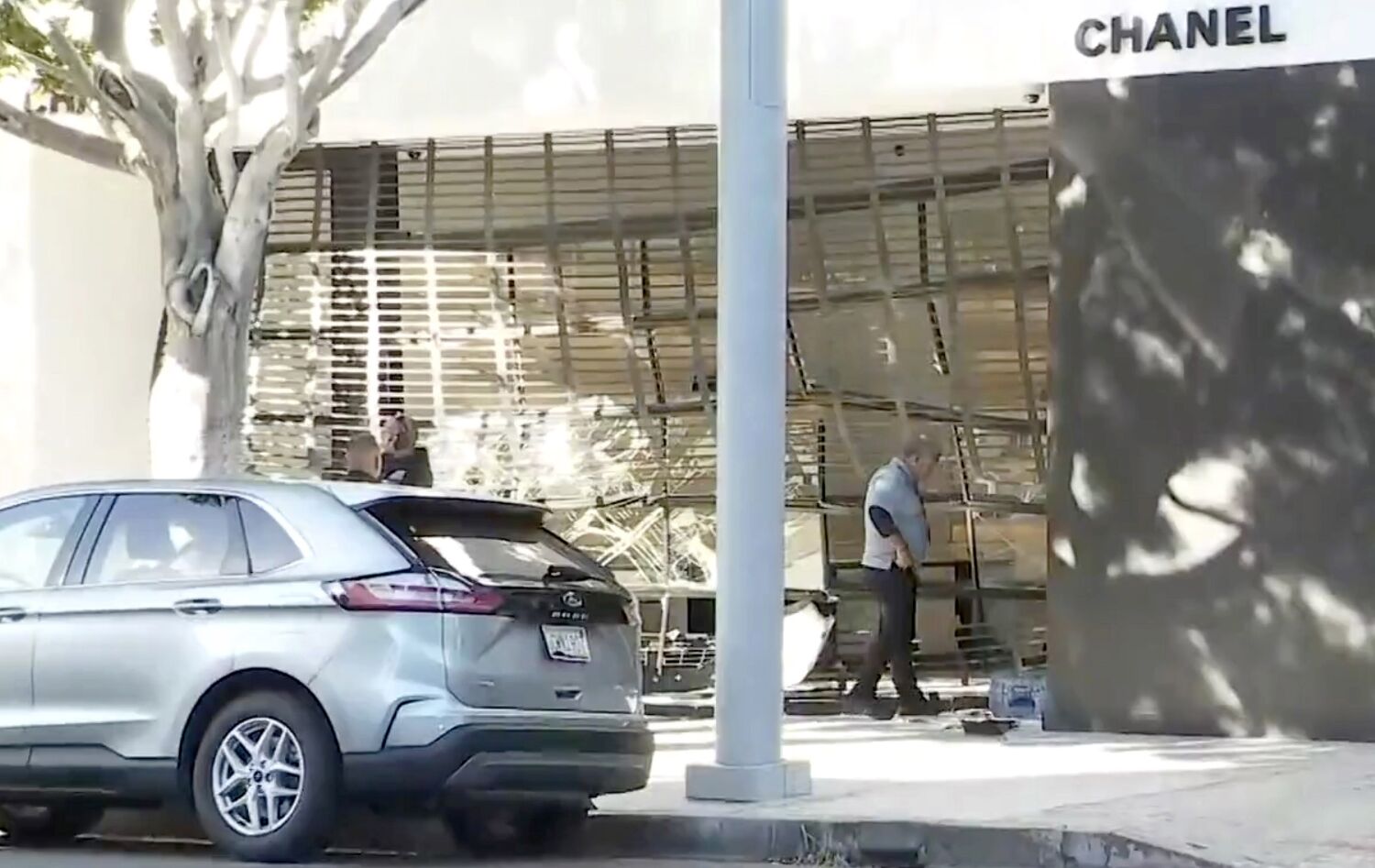 For the second time in three months, suspected thieves drove a pickup truck into the same Chanel store in the Beverly Grove neighborhood of Los Angeles.

The suspects in the latest incident were unable to steal anything, according to Los Angeles Police Department.

At least two male suspects crashed into the store in a stolen van early Tuesday, the LAPD said. The crash happened at 2:45 a.m. at the 180 block of South Robertson Boulevard, LAPD spokesman Warren Moore said.

Two men – one wearing a white face mask and yellow jacket and the other wearing a blue or black hoodie – were confronted by the armed security guard inside the store. The suspects fled north on foot on Robertson, Moore said. It is not known whether they were adults or minors. Police also don’t know if the incident was gang-related.

Authorities said they arrived at the scene and believed other suspects may have been at the scene. After setting up a perimeter and calling in backup, they found that there was no one else in the store. The number of suspects will be determined through the investigation and surveillance video, Moore said.

Officers recovered a suspect’s hat and stolen property from the store, which was dropped off at the scene, Moore said. Police did not disclose the value of the stolen property. The stolen van was confiscated, police said.

A similar incident occurred on July 20 when six to eight suspects broke into the Chanel store after ramming a stolen van into the entrance, according to Lt. Gus Barrientos. About $60,000 worth of goods were stolen. A man has been identified and arrested in connection with the incident, charged with burglary and released on his own, Barrientos said.

Moore said he could not confirm whether Tuesday’s incident is related to the previous one or whether they involved the same suspects.

Abu Agila Masud, man accused of being bombmaker in Lockerbie terrorist attack on Pan Am flight, now in US custody, authorities say