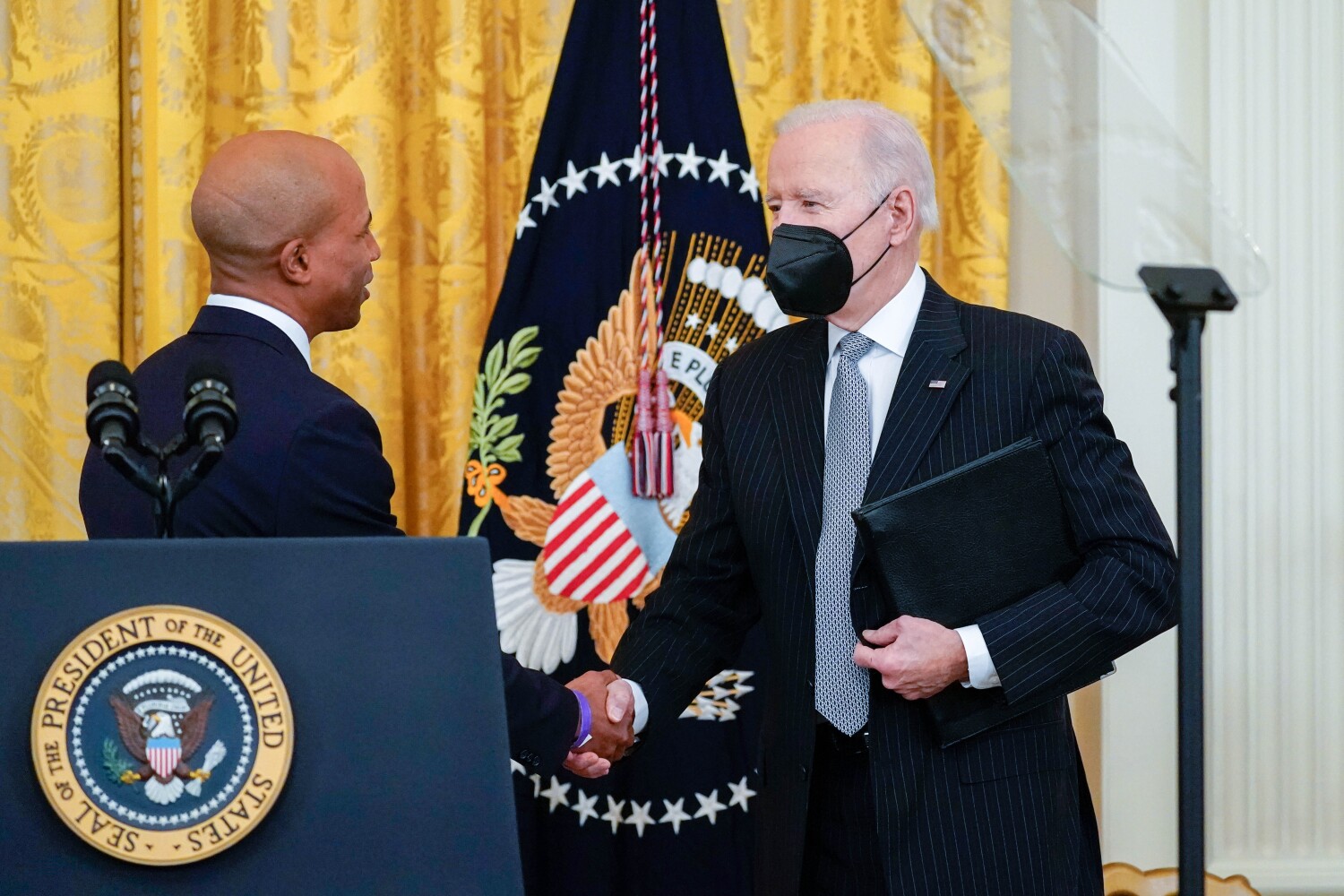 President Biden on Wednesday restarted his cancer “moon shot,” a federal effort to help the scientific community accelerate its quest to reduce the death toll from the disease over the next quarter century.

Biden said the goal is to reduce the death rate from cancer by at least 50% and improve the experiences of those fighting it. Biden called the initiative a “presidential priority” and said its goals are achievable thanks to scientific breakthroughs during the response to the COVID-19 pandemic.

“Just as we have used science to develop cutting-edge COVID-19 vaccines and treatments, we will bring a sense of urgency to the fight against cancer,” Biden said.

The Biden administration’s first actions will include establishing a “cancer cabinet” of federal departments and agencies to better focus government efforts on the disease and hosting a gathering of public and private groups to discuss innovation in treatment . The White House said Biden will name a coordinator to work from the Executive Office and oversee the effort.

Biden, who led the Obama administration’s cancer moonshot, did not announce any new funding for the initiative. Instead, he asked Congress to pass legislation to increase funding for it. Congress passed bipartisan legislation in 2016 that would provide $1.8 billion to fund cancer research and related activities. Roughly $400 million of this pot has yet to be spent. Biden said the cancer death rate has fallen by 25% since the initiative started.

The restart comes a year into the president’s term and on the heels of two major legislative defeats as Biden seeks to turn the tide for himself and his party ahead of the November midterm elections, which are expected to be difficult for Democrats up for re-election bring about party. Cancer is deeply personal to Biden and one of the few nonpartisan issues.

Biden and First Lady Jill Biden also urged Americans to have cancer screening, an important diagnostic tool that can improve survival rates. According to Biden, Americans have missed more than 9 million such screenings because of the COVID-19 pandemic.

“We need to get cancer screening going again and make sure it’s accessible to all Americans,” said Biden, who noted he was screened for colon cancer in November.

“I know it’s scary,” Biden said. “But with screening, you can catch it early before it’s too late.”

Biden noted that it was then-Senate Majority Leader Mitch McConnell of Kentucky who asked that the 2016 bipartisan legislation be renamed after Beau, Biden’s late son, who died of brain cancer in 2015.

During Wednesday’s event, the President acknowledged the oncologist who treated his son.

Biden was joined at the event by senior government officials, including Vice President Kamala Harris, whose mother, Shyamala Gopalan Harris, died of colon cancer in 2009. Harris noted that her mother was a breast cancer researcher whose “discoveries have helped save women’s lives.”

In 2020, more than 1.6 million Americans were diagnosed with cancer and 600,000 died from it, making it the second leading cause of death in the United States according to federal statistics. According to the American Cancer Society, the most common types of cancer are breast, prostate and lung cancer.

After leaving office, Biden continued fighting cancer through his private foundation, but suspended it after announcing his bid for the White House.

During the event, Biden said fighting cancer was “frankly one of the reasons I ran for President.”

This is “a mission that can truly unite the nation,” Biden said. “We can end cancer as we know it.”

Anumita Kaur, a Times contributor, contributed to this report.

Behind the story: Living outside the guardrails of faith

Game about gibbons sheds light on the endangered species